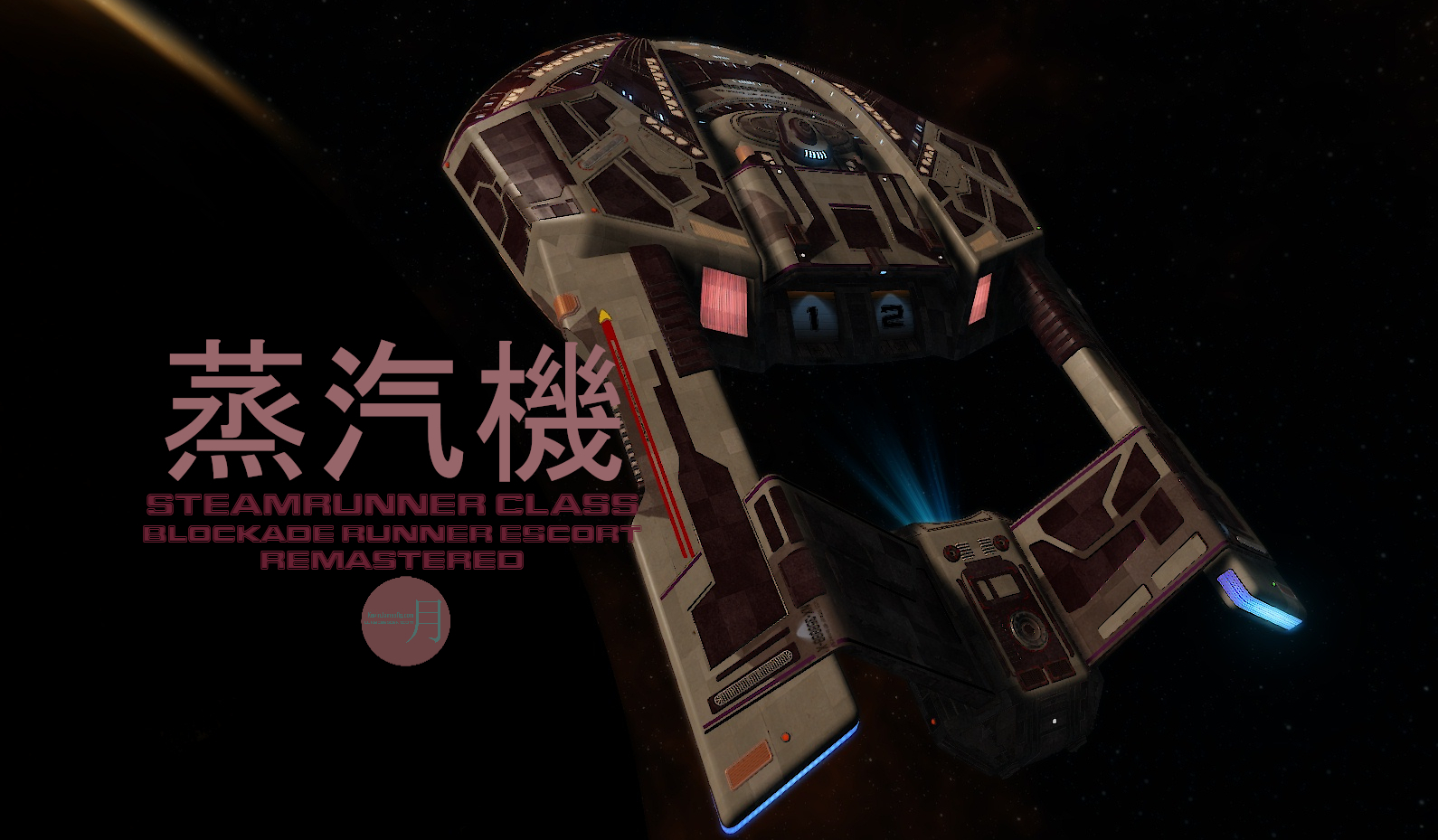 During this year of September 2021 and the year of 2021  of the eleventh anniversary of Star Trek Online in which during that month there’s been many surprises of updates one is the new hulling plating customisations of The Galaxy Class Starship in which introduces more of the updates from the tenth Anniversary out from the legendary bundles in Star trek Online Legacy .. in which many the standard hulling textures that’s given throughout each series in which various new hulling outfitting’s that’s been displayed throughout each star trek series. In which come with in which this month of September 2020 there’s been numerous amounts of texturing extremely detailing in which to get that sense of realism …..

The Steamrunner class The Blockade Escort was first featured seen in service in the “Star Trek First Contact” as it was a few surviving ships featured in a quickly assembled fleet in trying to defend, the Planet Earth among other Starships in struggling to destroy one single Borg Cube from entering the Earth’s protective shielding, as tries to assimilate Earth as tried on many unsuccessful times at sector 001..

The Steamrunner class introduction the Blockade runner escort is basically a small medium very nibble light carrier class vessel… Given its internal nature of storing shuttles of various mission types, with its forwarding and after hanger doors arrangement with its basic saucer pair of warp nacelles attachment with at the end of the nacelles attachment arrangement is the Deflector dish housing hull… as in its arrangement it’s seemingly basically is quickly assemble ship.. Utilizing from the lesson learnt from the carrier escort classes..

The ship overall length is about 290 meters long just as long least than to the standard Constitution class starship, due to its size, it very compact, stealthy fast, agile and very tough.. as the release of the Steamrunner class- blockade runner escort in which was previous featured in the Star Trek online’s steam account launch when you sign up… in  recent developments of the release of the Steamrunner, have a more highly textured details applied to it than from the Steam engine offering

The Tier five Steamrunner- Blockade runner Escort it’s also fourth tiers upwards of the tier five versions having a base hull rating of 34,500  with room to increase also modify the like the tier three science exploration  class vessels with only four forwarding and three after weapons consoles.. In which this is a basically a tactical ship given two Ensign tactical bridge officers stations, relying on same rankings as for Science, also Engineering……Given out fitted in weapons package of the tier five, in which this basically a cannon, turret, and torpedo ship in which given managing your Bridge Stations along with your crew, with the assortments of consoles in from Science- Engineering – Tactical, Tactically combat wise it’s best to be at moderated range of distance of attack.. But finding a dual torpedoes beam arrays combination in after and forward works in the best advantage, given that to cover the ships best maximum range of attack…   Also covering the best usage of your, shields also reducement of erosion…  As to its best to maximised your tactical, and engineering bridge stations, as it’s basically is a Tactical/ Engineering ship your only have one Science station..  As to modifications it’s best to heavily modifications with fleet engineering, also Tactical console the Steamrunner- Blockade Runner given if you want to increase you hulling…. Also its best to add an additional Tactical console, so you transform the ship tier towards Tier five-U ( tier six) from a basic five… also to note it doesn’t comes with a Resonance Cascade Modulator…  In which it’ll enhance your team shields, in decreasing the amount of damage for a limited time….it comes in the lower tier one Steamrunner…   However it comes with plus fifteen power of weapons in which your Fleet Tactical consoles will come in very useful…

Base Turn Rate: 16 degrees per second