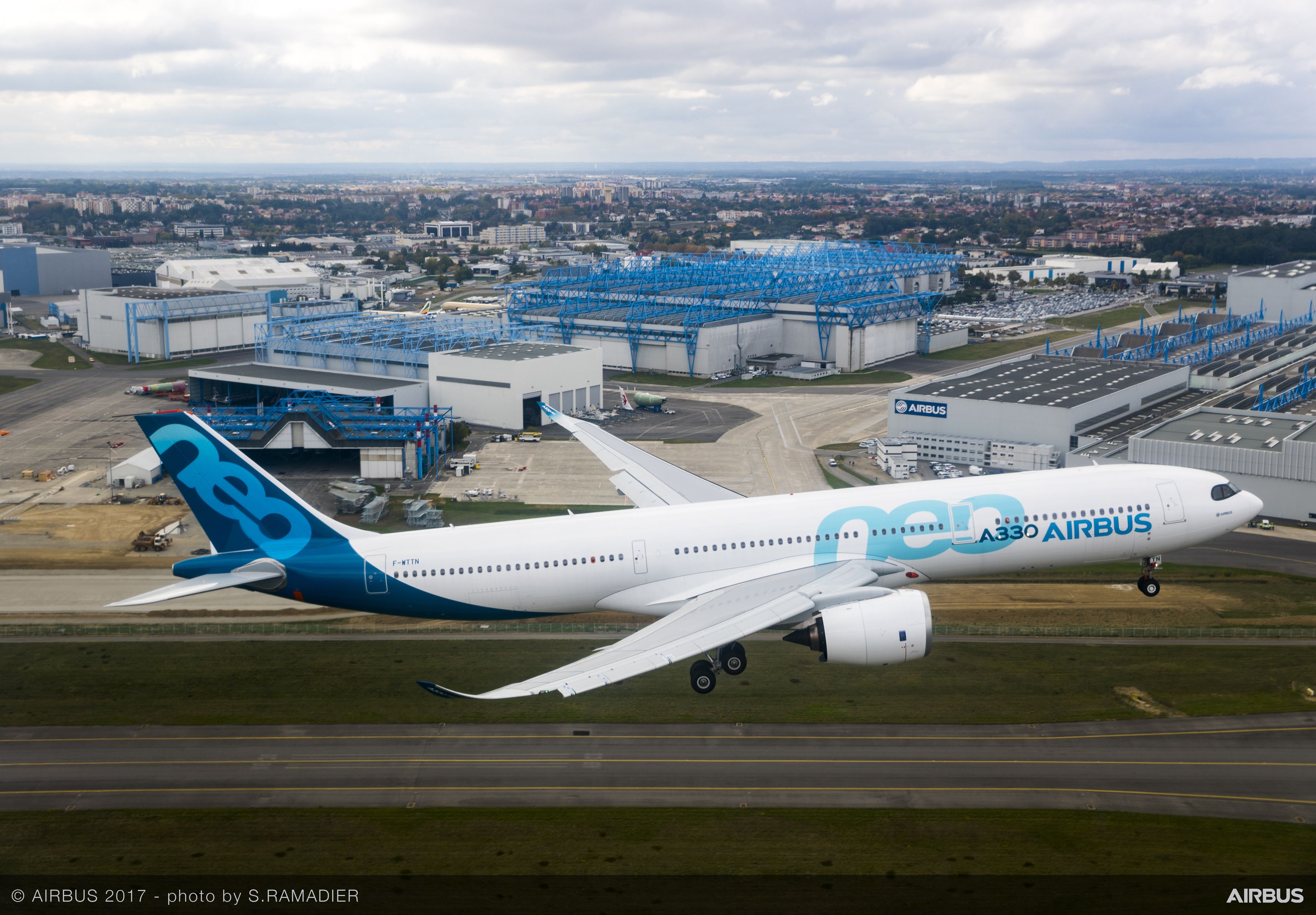 The Airbus 330neo with the standard wing span of 64 meters comes in two series the 800 in which the 800 is length wise of 58.2 meters with the extend range of 13,900 Kilometers with a typical seating of 257 passengers, the 900 series is 63.66 meters long with a short range of 12,130 Kilometer range due to additional in length also weight..  Although it from the A330 series, it’s  a whole new aircraft series in its own right which means it features most of the taken design elements form the A350 XWB, A380 series with the cabin Airspace  technologies with the next generation of comfort, ambiances services and design… among with its features it has 3.7 meters  Sharklets in which features the aircraft wings, also the aircraft to reducing the drag also fuel consumption while increasing lift…

It’s a whole new aircraft design in which it seemingly pencil dress sleeker than the previous A330’s in which with the new wing designs inheriting most of the A350 XWB design elements with a larger Roll Royce Trent 7000 series engine given a different engine nacelles.. Inheriting most of the A350XWB’s designs is the wider seating with eighteen inches wider… with identical standard displays in the cockpit in which makes It efficiency in translating from one series to another without having to relearn the functionally..