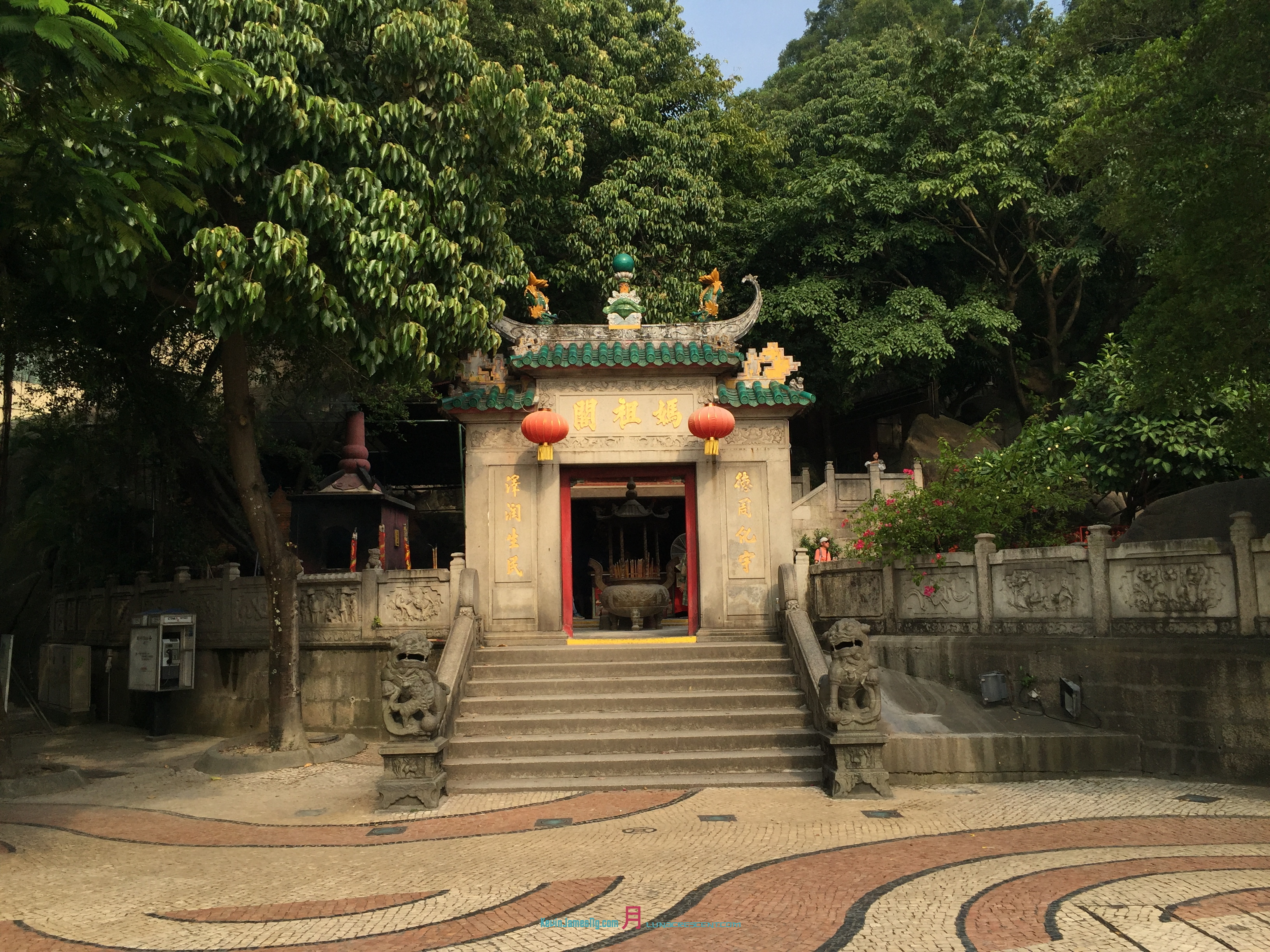 My next location after finding a good tour guide from is Agencia De Viagens.- Seng Wang Limitada..   is going into the Portuguese-Macau center square in which after traveling from the Macau Harbour Terminal, in which touring around the streets, the older streets in which those days before cars, known the four wheel automobile in which.. Horses, carts, horses carriages….. as travelling, touring around in a Mobile Person Vehicle… in a brown Toyota vehicle..  The tour guide driver tells the story of the street layout, in which there are tight enough for small street cars, scooters, are very popular to get around the old streets of Macau, as I notice more scooters around in Macau than in Hong Kong patience driving behind them as we passed one of the clinics that the Founder of the Republic Doctor Sun Yet Sen work in as he prepared for laying the foundations of the Republic precursory that year 1911….

As driving pass by the clinic in which, contained various medical utensils that he used during that time, in treating his patience as seen through the museum, in the nearby small hospital that’s contain his statue within the clinics courtyard…..

As you can see the secondary door way that leading up to the other pavilion temples in which is dedicated to deities, immortals great sages, also it’s dedicated to Goddess of Mercy -Guanyin….

My next stop is the 15th century A-Ma Temple in which is locatingly in Barra Square, very near towards nearby the Maritime Museum.. In which is built in 1488 AD, in which is dedicated in to the sea Goddess, Mazu, located in Sao Louurenco, in which is which is one of Macau’s oldest temples in the Special administrative Region..  Its first western depiction is once illustrated by a English artist architect- Thomas Allom……..   in which the temple is located on the doorstep on once was a shoreline.. now that doorstep have located further out into reclaim land that once berth its native to colonially sailing ships..

When you think of  region of Macau  in which the given  inspired name for the region is inspired from the,  The A- Ma Temple, as Portuguese Sailors landed on the Peninsula, in which that name is  of the Temple of the Pavilion of the Mother..

one of the organically temples in which it is a home to an immortal whom lives within the confines of that rock..

Entering towards the Main Gate of the Temple is like stepping back in time as far back towards 1488, in which, stepping back in time where you can see, feel, smell,  the acumination of all that as I walked through the temple main gates into various ones that walking beforehand you can feel see ancient paint works still back then still tells the stories of its time as the trees that grow within the various courtyards in between Gate Pavilion, the Memorial Arch, prayer Hall,  Hall of the Benevolence, in which is the oldest section of the Temple as it’s is a Taoist- Confucius Temple in which the only Buddhist component is the Hall Of Guanyin or known as the Goddess of Mercy…….. also it pays to donate some coinage as a token for the up keep, also that upkeep is that allows you burn incense..

One way of seeing how old the temple is through its design architectural construction, also how its constructed, in which this case of A-Ma Temple- Macau, orthough the inspirational design is Ming Dynasty based in which the early Qing Dynasty inspire adopted as you see the designs are translated into other temples of that era in Hong Kong, Cheung Chau to from the Canton Province extending all the way towards Nanking and Beijing where in the Ming Dynasty the designs are more elaborately detail in sense you can see that in time period of women clothing Chinese HanFu  dress from that era also the men aswell……