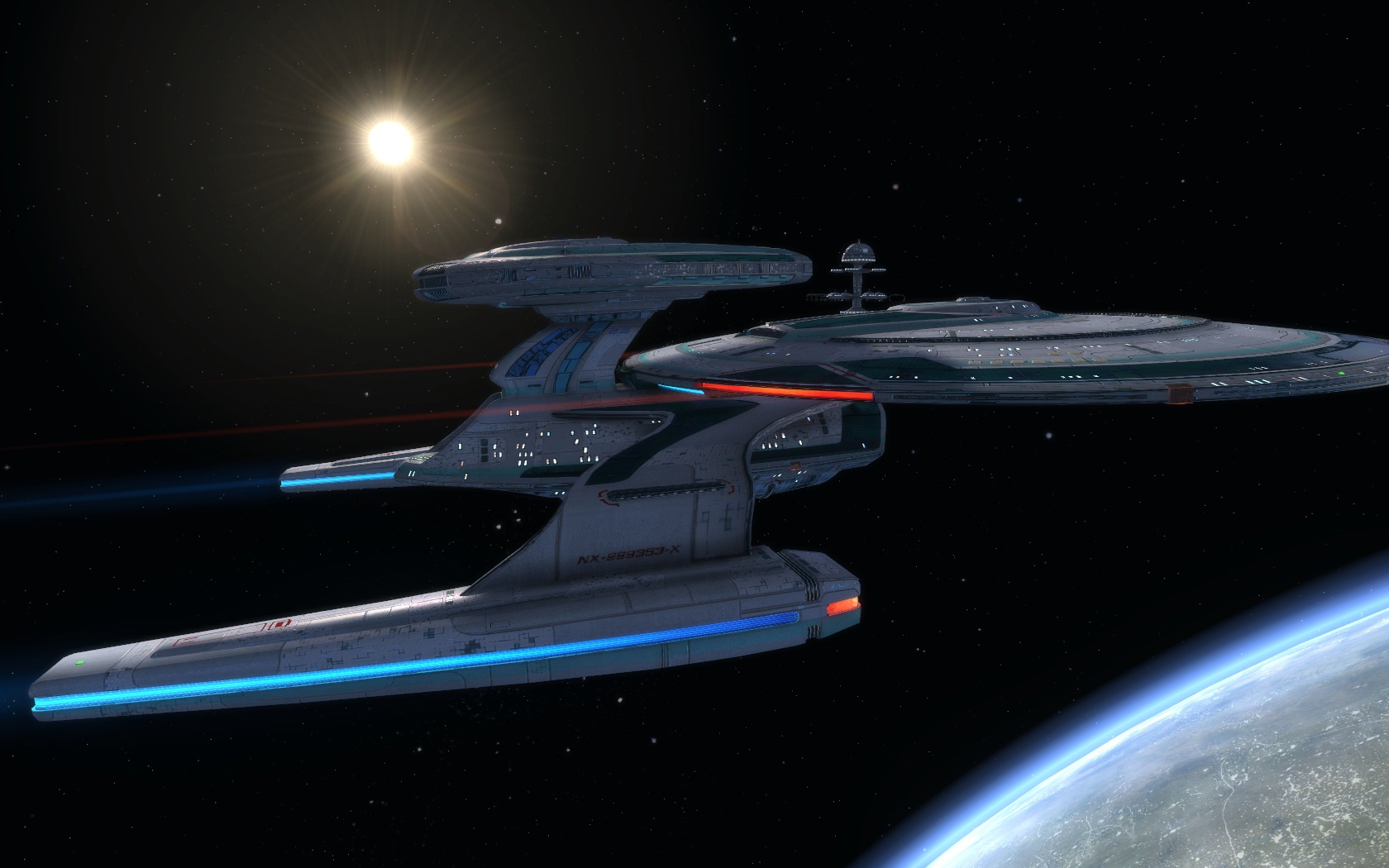 “The Tier Six Sutherland Class can be described as is going to back to the basics like, It’s like wearing a simple black or a mini Qipao dress that all you need simple but very stylistically  elegant….. with geeky science gear..”

When I look at the Sutherland Class it reminded me of my first start up ship, in the same class of the Miranda Class, in which was the Centaur Class, in which it has the same feels, in which it moves the same, but on a larger feel in which with a larger saucer, engineering nacelles section, it takes a while to manoeuvre around, in which was going to back to the basics like, It’s like wearing a simple black or a mini Qipao dress that all you need simple but very elegant..   ..  The “ Fleet Tier Six Science vessel, Advance Research Vessel- the Sutherland Class” Orthough the Sutherland has the elementally features of the Nebula class in which is the jointly hull with the Saucer section, with the Miranda class look, with the sensor plates arrays platform nacelle on top of the saucer section..

The Sutherland is three of the classes, drawn from the inspirational upgrades, with the Galaxy, Galaxy dreadnought, towards the retrofitted upgrade tier variants, in such as Andromeda, also Yamato Dreadnought class cruisers…  However the parts are interchangeable when you go to your local shipyard, or drydock facilities… The Sutherland is viable for Vice Admiral Rank in Starfleet. Also there is a Fleet Variant as well too…  Console wise – Universal wise it does comes with a Tachyon Particle Field Emitter, with this ability it drains your opponent shields damage, and also it vice versa hardens your shielding debuffing providing with this your allies will have shied regeneration. With Starship Drainage also Shield restoration.. Once you level up on the Starship Trait leveling to five it’ll reduces your opponent’s shields with shielding damage but you’ll also need Tachyon Particle Field Emitter... Also in vice versa hardening up yours with your systems becoming more Accuracy and Starship Draining expertise…  Also as you leveling up on Starship Trait mastery wise is Tachyon Dispersal in which reduction of your opponents shielding as the ability is activated…

The base hulling rating of the Sutherland class is 46,199 at level 60, in which is up-gradable in strength as your level of skillset is increased among the different types of engineering consoles as you install, in which all you need is a Tier three fleet shipyard to construct your ship…. In view the ship is basically a beam also torpedo ship..  Given having three after, and forwarding weapons console placement.. in which as I Put it going back to basics, It’s like wearing a simple black or a mini Qipao dress it’s just simple but striking when your try to maneuvering in rotating your ship in combat in covering utilizing all beams, in doing so it’ll will reduce your shielding combat as you either go in close or moderate afar.. Also the ship comes inertia of ratings of 45 with a base turn rate of ten degrees per second, with plus fifteen to power also with Shielding as well, in which it’s best to equip with fleet Aux to weapons warp core, or unless you want to fight the fight Aux to shielding systems warp core to sustaining longer holding your ground.

+15 to Auxiliary Power and +5 to Shield Power