Going on pre- season eight episode on Star Trek online the “ The Sphere Of Influence “ featuring  Michael Dorn   whom portrays as Ambassador Worf, in which he previous was on the Next Generation also on Deep space nine..

In this prelude that you are in with many other Diplomats are witnessing  the launch events that be unfolds of an Iconian Gateway, in which is locately discovered beneath the new found establish refugee  world of New Romulus. In which that activation of progressive sequence analysis of the gateway… leads to an activation of the gate… also leading into malfunction off the gateway..

The episode leads on where you and the others are trapped in an organic mesh cavern… and trying to figure out what how to get out. The others are consists from the Federation, the Romulan Republic,  also the Representing the Klingon Empire is the Ambassador Worf… as the story progressives the team gets  agreely separated  to cover more ground to explore the maze of tunnels. Among that timing of events you recusing discovered that Worf has been here before, he remembers during his commission on the Enterprise… Among that time.. Worf and you.. rescuing the others whom have been held captive, analysing the situation you find and the others on platforms of mazes and has you discover that the Iconians are using agents to start in preparation of invasion of federation also its allies… also its known foes… then you guys make ways to figure out bit by bit as if was a Simons says puzzle…. In the process of the story you encounter operatives whom  try to stop you… you persisted.. and end up back in a large organic like bridge of now known as Obelisk carrier.. and figuring out it’s stations are..

Sphere of influence – quick walk through done by Bret Justice

Looking at the Obelisk carrier.. its impressively larger than the Odyssey  or the given Klingon’s  Bortas class .. knowing that Odyssey is roughly 1.2 Kilometres long, and doing a size compare it’s longer putting it over at the 1.8 Kilometres in length case..  there’s two variants with different standard strengths, one Obelisk Carrier having a 43,500  then next to the Advance version it’s 47,850 making it the mostly aggressive vessel yet to be seen than next to its lower the Atrox class..

Given with such intense modifications, these two types of Obelisk Carrier can be very aggressive in nature having quickly modifying one, it automatically becomes a support vessel, with heavy dangerously tanking given the weapons layout configuration that you install onto it…. And other  console equipment installation

Each both comes with two Obelisk Swarmer’s, like in how the Atrox is configured, not as the single hanger of the Federation faction of  Vesta Class, also the Armitage class.. also as to the Advance on it’s  Equipped with some serious equipment, such as the Reactive Anti Proton Cascade Emitter, its incumbent variant is with a Subsystem Targeting..

When you get yours the Bridge is very metallically organic in ancient natured.. also it’s very spacious,  than the Bortas Class,  so in this case running to station to station is highly recommended.. in getting around.. in this case it has to be it’s an extremely large ship..

The Obelisks Carrier has… 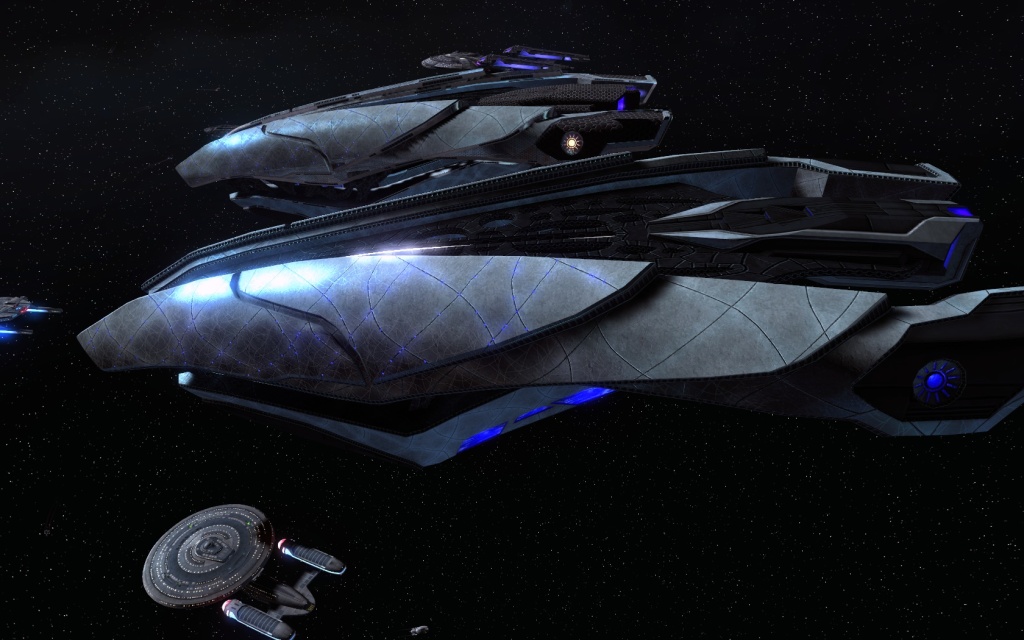 The Advance  Obelisk Carrier has..

With one thing in mine this ship is just as dangerous as to the Avenger Battle Cruiser, also its fleet variant.. given the modifications of your skill set…

For more information that you like to know about the mystery ancient Obelisk carrier ship……?