The “Sojourner” is an operation Star Cruiser, it’s a heavily engineering focus ship the design of the ship resembles the elements of the Constitution, Excelsior retrofit, and the Galaxy class, the rounded saucer section with the longer rounded hull of rounded defector housing, with the excelsior retrofit warp nacelle style struts….

When you look at console modifications with three Tactical, Science, and five Engineering… you have an advantage of installing the three set pieces of the Star Cruiser set, also with the Odyssey class set… in which will gives you two advantages in which doesn’t gives you more room for modifying the operations ship out orthough it has plus five in all systems of power.. So installing with your fleet consoles or its upgrade version to give extra advantage especially on hulling to re enforce the hull platting of your ship…

The Sojourner is basically, a torpedo and beam ship, in which have so many advantages than cannons in which you can cover all your sides unless you install a couple of turrets that should back you up with folly firing to basically drain you opponents shields then finalised it with Torpedoes, however if you maximised your beam tactical bonuses abilities consoles

The ship is interesting, orthough the saucer section of the ship can add weight in maunvering, combating but its bests that beams arrays is your best defence but its area spread also with evasive maneuvers ability that massive increase of turn rate while firing and turning while your torpedoes are in the readiness…

In this it has an universal console – The Adaptive Emergency Systems, its abilities gives an increase of damage to your target while you have that damage resistances in a short duration in turn this ability increase the ship hulling by an extra fifty percent given if the current hulling is down to fifty percent in which gives you an extra advantage when moving out for repairs then coming back to fight the fight again.. 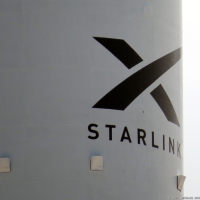