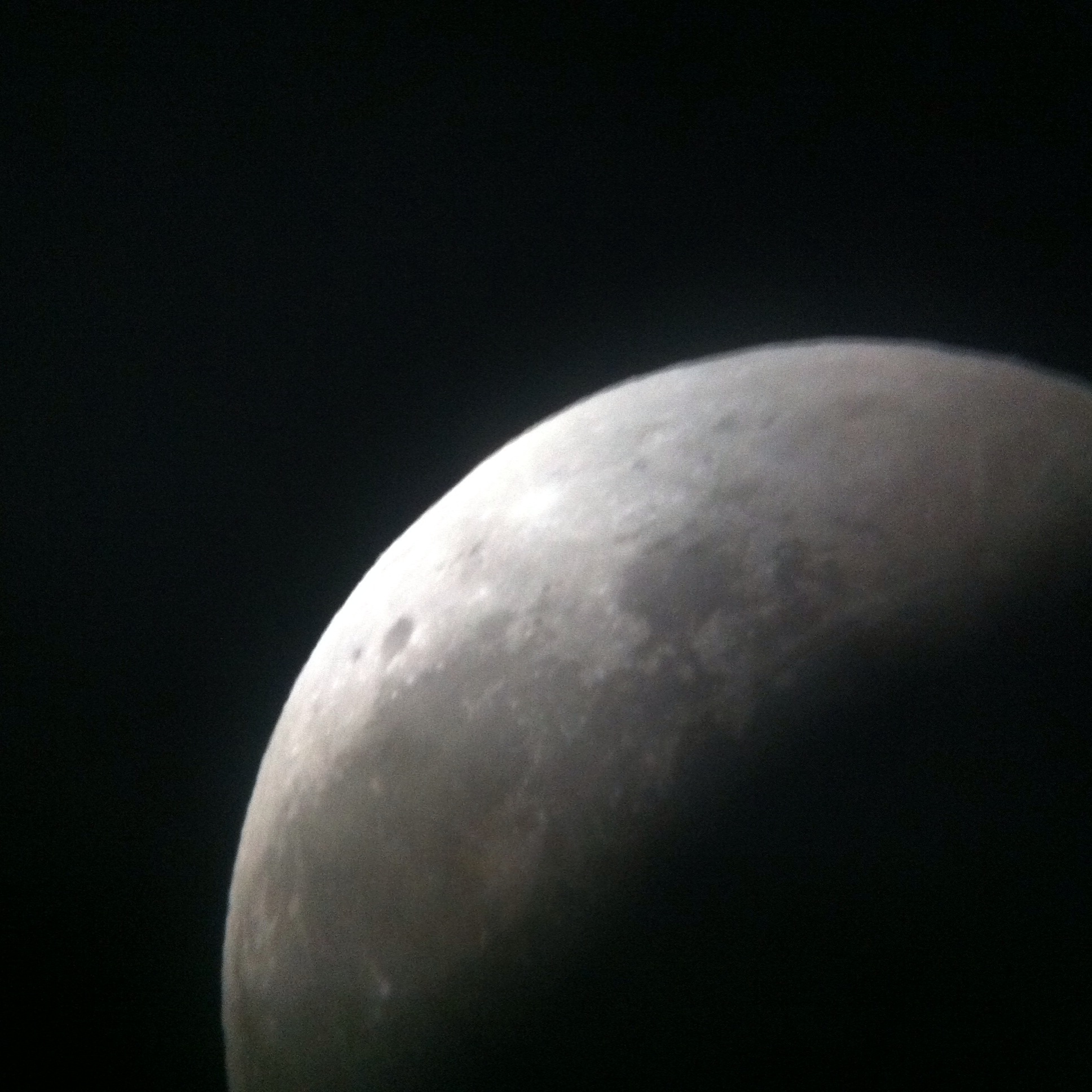 “the earth shadow past the moon- photographed taken through the clouds using a Meade LX-200 ten inch.. postcard freehand”-with a slighted blushing on the top.

That night of the Lunar eclipse that happen over in that one Auckland night, was interesting during the event.. The crowds amazing turned up despite the Auckland weather was saying sever overcast during the whole windy night.. At Auckland Observatory in which is Known as Stardome.  Looking at the back of the courtyard in which on a nice fine night there are assortments of armaments of telescopes looking out into the starry night sky, where this night looking out to One Tree Hill the numerous traffic of cars heading on to the summit to get to best views, to the apparentness that view didn’t suffice to the reckoning cloudy weather that clouded mostly sheering away the view of the climax of where the moon went to a blushing Luna Rosa..

Never before seen so many cars pilgrimage up to the summit….. Given that It was a fine night, it would able to taken some postcards of the event… But only where there were some random teasing openings… To seeing the moments after where the where blushed still sheered by the clouds…  there was some okay decent postcards photographs taken by mostly were the event you could see the  earth shadow have slightly slowed unrobed its shadow cast on the Luna Surface. Through the telescope..

At times during the times of event, noticing everyone in every Socials that I could think off, mostly northern hemisphere had some of the best views… And keep saying that “what!” word that the Doctor keep saying, and then looking at Auckland’s cloudy night sky… until the event ended later at 2200 hours in New Zealand  time..