On 20th November 2020 on Star Trek online  introduction of The indications of the 450 meters long Luna Class was introduced during the wedding of Then Commander now- Captain –Admiral William T- Riker of the Star Trek nemesis as offered command in which brought into a semi canon storytelling as in the Titian series as it storytelling in its novelisation chronicles… as it brought post USS Enterprise E life for Captain Riker and his wife Commander Deanna Tori..  When those books launched, Simon and Shuster held a contest to design the new Luna class, and it was won by Sean Tourangeau. But after that, the Titan remained in limbo – technically a fan design, given more credence by being on the covers of books, but never “fully” canonized. Until now its’ seen in Star Trek lower Decks when coming to rescue of the U.S.S. Cerritos needed a hand out from the sticky situation ..

Introducing of the Luna Class, the younger sister, the Titan Class Science Destroyer in which is  named after from USS Titian is in which is the tougher version in which it has more room for its durability in which the Standard Luna Class has three forward- after weapons placements in which tougher durable it’s younger sister Titian Class has four forward and three after weapon placement in which accommodate more room to fighting out the fight in which sister Titian can allow for dual cannons in a way like the 672 meter long  Multi Mission strategic explorer class in that class the Vesta.. But smaller can be out fitted either as beam torpedo or cannon turrets torpedo arrangements …. In which the basically installing fleet engines to weapons warp core will gives you more weapons power rating as to a decrease of cool down charging +5 Weapons Power, +15 Auxiliary Power also providing the Titan is highly manoeuvrability with its Base Turn Rate: 13 degrees per second with an inertia: 55in which gives you the best advantage to rotate you Phaser arc to cover all sides…. But with cannons keep your distance moderately ….   As to say with the fleet Engines to Weapons Warp core will provide you with ….

Console and Starship Trait .. Console – Universal – Opening Salvo…..When activated, you fire several salvos of projectiles at targets in your forward arc over several seconds. By default, these projectiles will disable all subsystems on targets hit, in addition to dealing kinetic damage. In Tactical Mode, these projectiles will deal damage in an AoE on each hit, and additionally debuff damage resistance of any foes affected, but will no longer disable subsystems.

This console also provides a passive boost to Starship Exotic Particle Generators and Starship Weapon Specialization. It can be equipped in any console slot, on any ship. You may only equip one of these consoles.

Base Turn Rate: 13 degrees per second 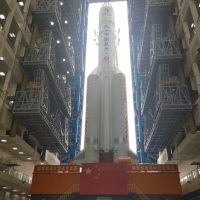