Given that you had a Defiant Class, then this might be your next vessel, it’s “The Hestia Class” it’s something more than the Defiant class, as an Advanced Escort to go from…  orthough its larger in size but more capable of doing more damage with an increase of hulling with more stations and consoles it features with additional Commander Engineering/ Command Specialist Seat..

The Hestia Class, is the successor to the Prometheus Class and it’s variants as to the Phoenix also to the Cerberus.. The Hestia Class is an interesting ship, even though it’s a multi vector assault vessel, splitting three ways to attack and opponent, like in case with the Galaxy, Odyssey class variants.  The look of the Hestia is a akin but with a slightly large modifications of Star Trek Renegades, Icarus in which gives the Icarus edge kick ass with a very small crew, despite of a crew of 150 on the Hestia..

In the Hestia class it comes as a beam, all out on frontal Dual Cannon torpedo with two turrets and beam ship to maximized the damage… it’s basically a full frontal ship.. but bear in mind to keep your forward shields up.. the weapons load out is four forward weapons and three rear.. also basically it’s an all-purpose ship with five modification Tactical, three Engineering, Science console…  the interesting thing is it has plus fifteen to weapons and plus five to engines so if you equipped with a Warp Core that does  engines to weapons with that in mind it makes it a modest size ship with lots of fire power to get the job done..  With a brilliant turn rate to rotate while waiting for your weapons cool down…

It comes with ship wide traits, such as Numerical Superiority, its Universal console – High Energy Plasma Expulsers, in which vents a plasma then fire like the manstrom consoles, the Riker Manoeuvre, with increase in damages as you used the Command bridge officer seating with a boost to you weapons power briefly………… 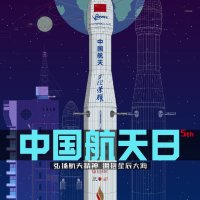