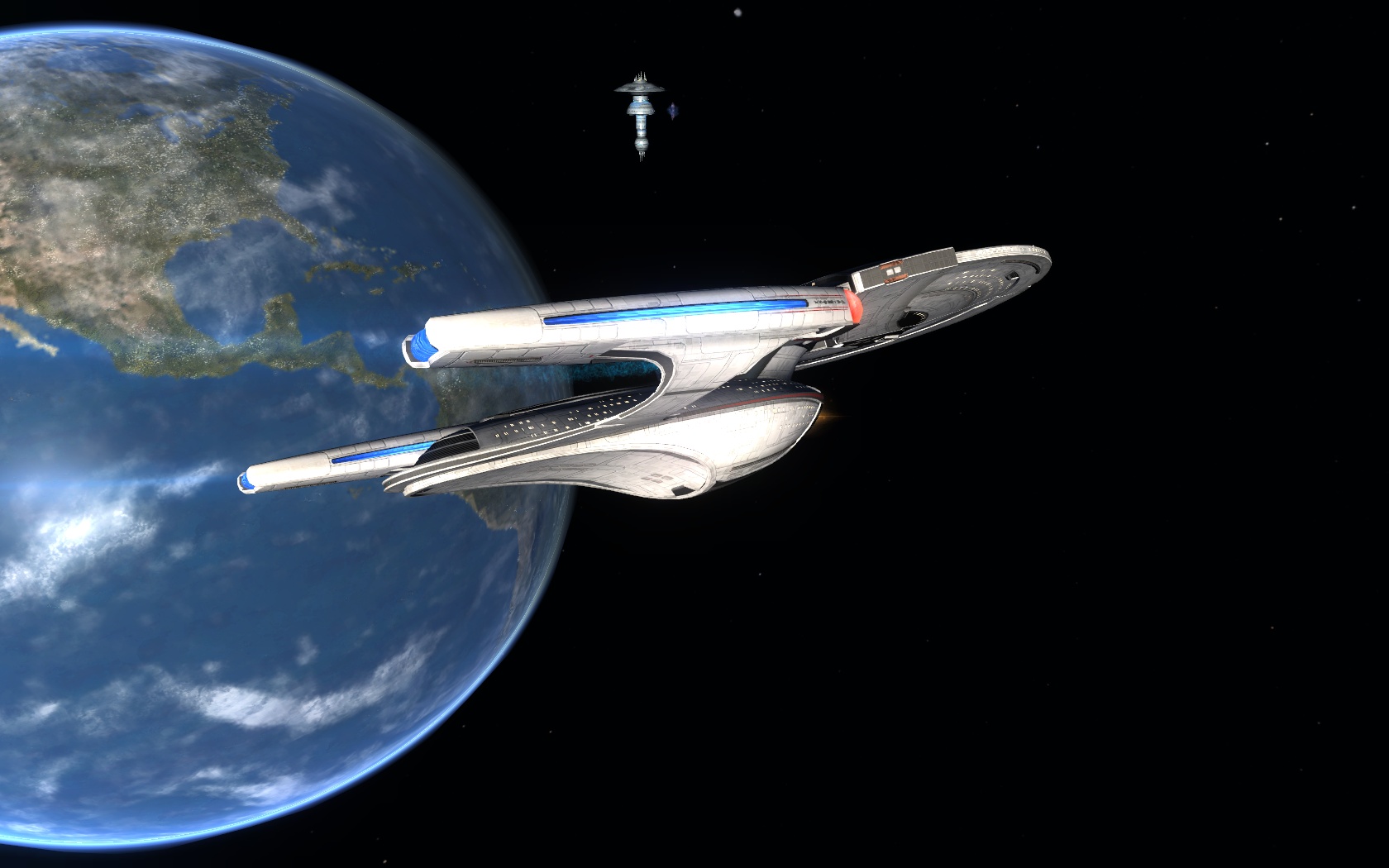 test flying the intel guardian starship- how it moves

As for “Season Ten- Delta Rising” for the federation the commission of two Starfleet vessel classes.. the “Intel class Starships”  also the Intel Guardian Cruiser…  looking at the Guardian, reminds me of two classes in between the Galaxy also the Robert Probert version of the ambassador class as was a sleek variant of the one that we know today in the Original timeline and ingame and Captain by Rachel Garrett also onscreen on “Yesterday Enterprise”  ..  Whom taken that captainship from Captain Demora Sulu, Admiral Hikaru Sulu’s Daughter, whom commander the Excelsior class Enterprise B before…

Looking at the Tier six ship, the Guardian, its length is comparable to the Ambassador class, about 524 meters long… having placing my ship next to one.. Then thinking this ship pretty maneuverable having a inertia of 35 which means in getting out of very tight situations… given what modifications that you implaced in between the engineering, science, and tactical providing that advantage …also in between your officer bridge stations… also with the new Tier six provides that station coming with an engineering Intel bridge station giving your engineering officer intel abilities…. The Guardian is a basically an all-purpose ship by looking at the bridge officers stations…like the Fleet variants of the Ambassador also next to the Odyssey class …

Apart from been a tier six Guardian. It does come in with a universal console –particle Matrix, also desperate repairs a Starship Trait.

The Particle Conversion Matrix – is an ability when your shields are active your shielding becomes more Durable allowing your shields to absorb most of the damage that present itself to it, then feeding it to your ship systems boosting the require weapons then feeding that amount of damage back to your target as they hit more harder, they will get more damage in return.. this in return becomes apart of the starship mastery package..

specifications of the Guardian Cruiser.. also different aspects in between levels 50 to 60..