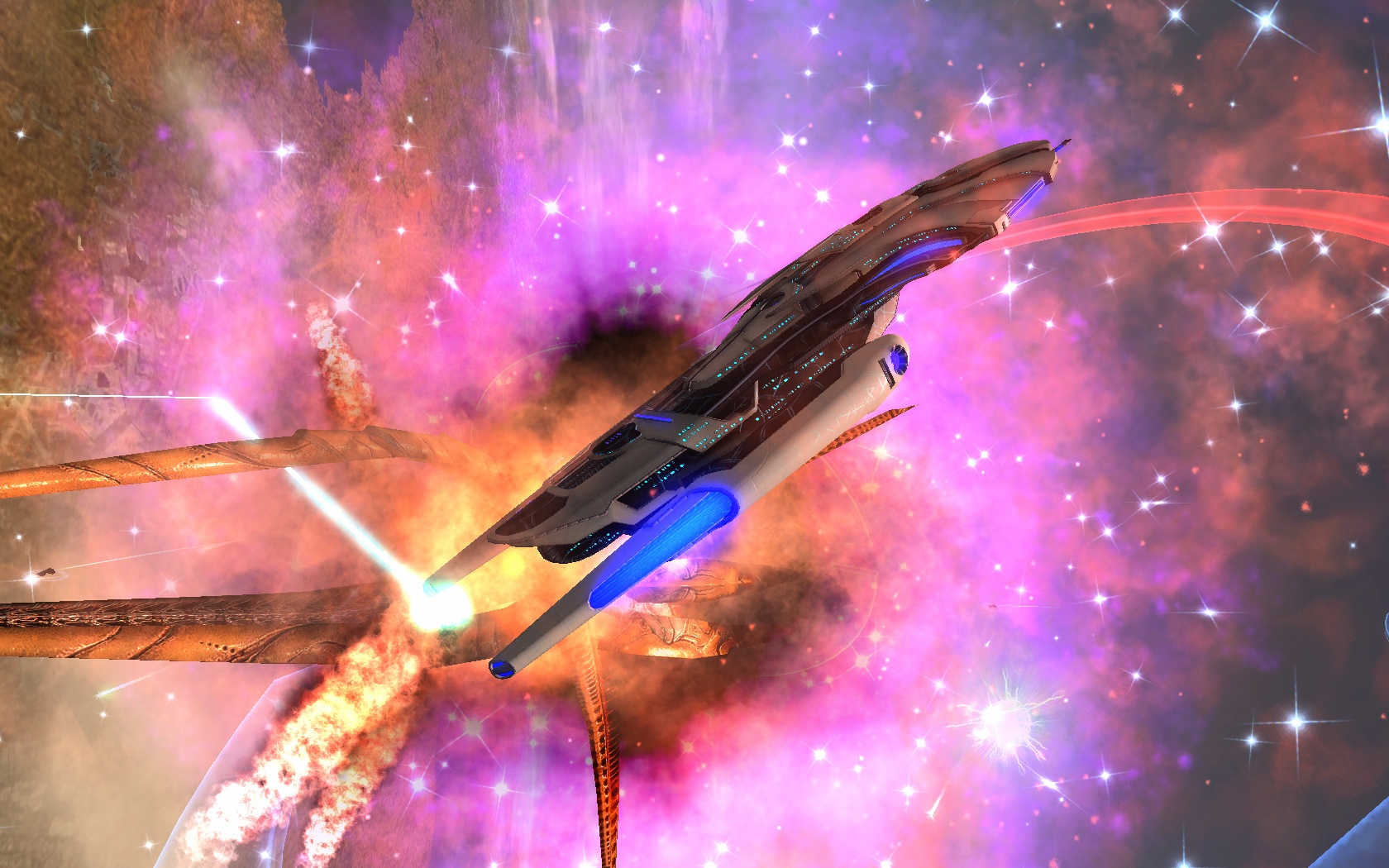 In this after taking command in the of the USS Dyson in the episode of “A step between the stars” in which features and reprising his role for the season is Tim Russ whom is Tuvok from USS Voyager… Whom you join to explore the investigative the a founded station happen to be in central location of the Solanae Dyson Sphere..

In this season you’ll get to command the USS Dyson, three times in order to obtain a Free Dyson Science destroyer, with that you’ll get the necessaries…  Such as the Dyson deflector dish, shields and impulse engines… in that you’ll get the ship itself after completing the Q events in the reputation system and utilization of your gained Qmendations…

In this the variants of the of the Dyson Science Destroyers are based on the same way has the three ship class as of the likes of the Odyssey, Vesta, and the Kumari in which of those  of those sets of ships brings an certain abilities within them but once given all in on one ship it brings in an extra abilities to the table..  as to the special feature it does switch in between the Tactical and science modes but with a cool down duration of 60 seconds.. Given that you PVE’s or PVP’s this becomes advantage of using interchanging both disciplines…also I’ve notice that each variant ship is define by it’s change in Warp Nacelle designs, in which as to off the more modules modifications on around the hull of the ship…

In the three variants, of the Dyson variants all brings a certain upgrade from its processor class as to…

The Montgomery Class (Reconnaissance Science Destroyers )it has one feature that will utilised the full usage of the warp core in creating a beam that emit a destructive proton beam from the deflector dish like how on the full set Vesta class.. in which is called a Proton Destabilizer Module.. As to the console modification it has  4 Tactical, 2 Engineering, 4 Science .

The Omega Class (strategic Science Destroyer) also has a providing feature in that engineering console modification that it will increase improve your shields and hull ratings by creating a Protonic Shielding Matrix in which is very similar akiness to the Vesta’s temporary immune shielding… Also to the variant comes along with console modifications as 3 Tactical, 3 Engineering, 4 Science..

As to the Helios class (Surveillance science destroyer) also providing has an ability to improve your hull and shields but also providingly to emit a destructive tachyon beam to weaken your opponents shields and massive hull damage from your deflector dish..  this is call Shield Inversion projector..  it console modification is  3 Tactical, 2 Engineering, 5 Science

Like to know more about the Advance Dyson Science Destroyers and know how to command yours….?