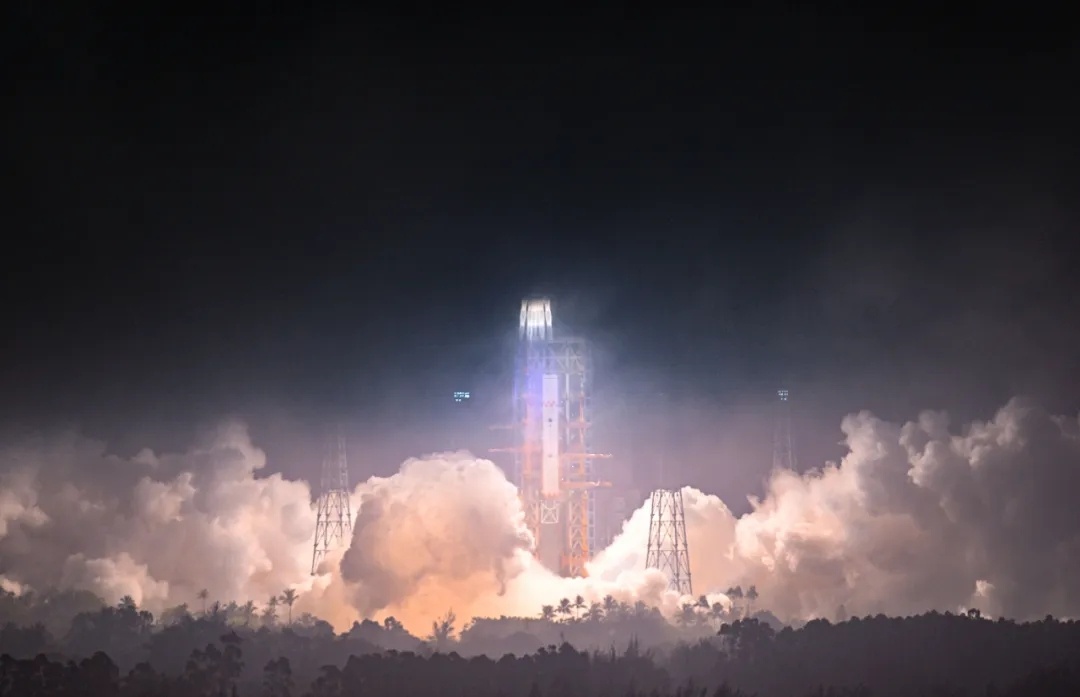 On Hainan Province –China –People’s Republic of China…. in the district area of the Wenchang – Wenchang Spacecraft launch center in which the awesome team at one of many CNSA –China National Space Administration  that China National Space Administration………….. In which is preparing for the starry sky is vast, and there is no end to exploration. On May 10th 2022 At 01:56 on Hong Kong SAR- Beijing Time , the Tianzhou-4 cargo spacecraft will be launched on the Chang Zheng Long March 7 Yao-5 Carrier Rocket. In this mission, Tianzhou-4 will not only perform the task of dispatching “space express”, but also undertake the work of refuelling the Tianhe core module. In addition, the Tianzhou-4 cargo spacecraft will also accompany the Shenzhou-14 crew that will enter the space station to stay in orbit for 6 months. Poke the live broadcast and witness the Tianzhou-4 departure into space together….!

At 01:56 Hong Kong SAR- Beijing Time early morning  on May 10th, the Chang Zheng- Long March 7 Yao5 carrier rocket carrying the Tianzhou 4 cargo spacecraft was ignited and launched at the Wenchang Space Launch Site in China. About 10 minutes later, The spacecraft and the rocket were successfully separated and entered the predetermined orbit. At 2:23 Hong Kong SAR- Beijing Time, the solar panels of the spacecraft started to work smoothly, and the launch was a complete success. In the follow-up, the Tianzhou-4 cargo spacecraft will rendezvous with the orbiting space station assembly.

Shenzhou 14 Takionauts have a blind box of food for their birthday in space…..in which after the launch Today Tianzhou-4 successfully docked with the sky and the core module. Among the delicacies brought into space by Tianzhou-4, four new vegetables have been added, as well as special festive foods for the Mid-Autumn Festival and the Winter Solstice. After astronauts complete major tasks such as going out of the cabin, they can share “reward food”; astronauts can also open “blind box food” on their birthday, and get a small surprise

In this mission, the total weight of the Tianzhou-4 cargo spacecraft is about 6.2 tons. It will stay in orbit for the Shenzhou 14 crew for half a year, assemble and construct the space station, and carry out materials science and aerospace. Provide material support for space station applications such as medical experiments.