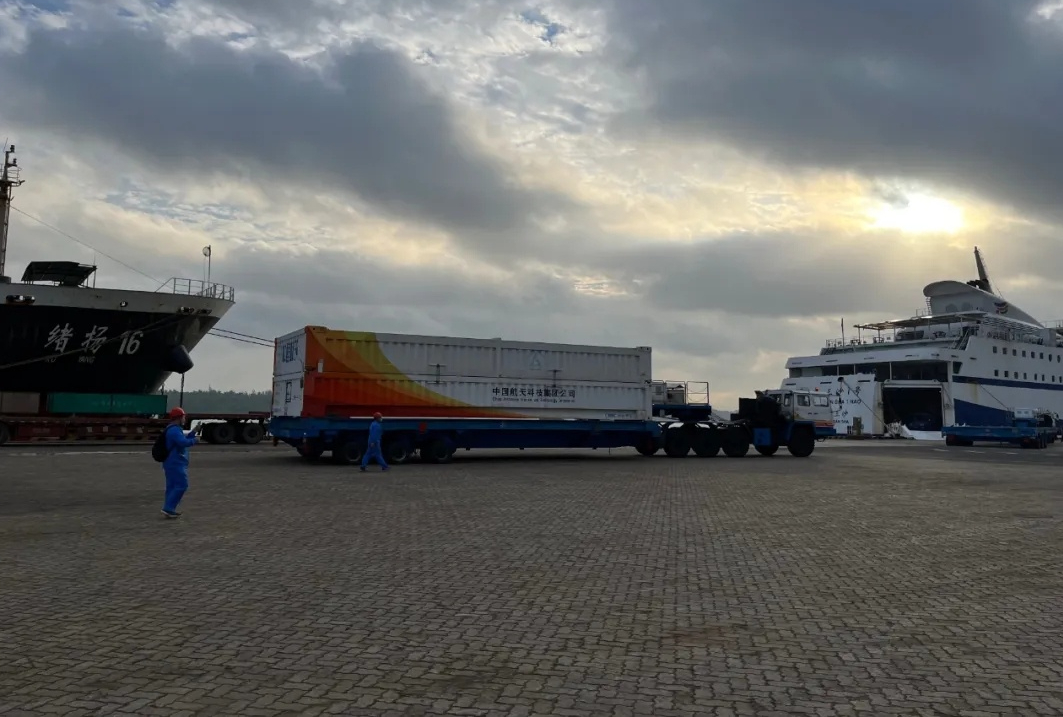 On a very 21st January 2022 Friday in Hainan Province –China –People’s Republic of China….showering in the district area of the Wenchang – Wenchang Spacecraft launch center in which the awesome team at one of many CNSA –China National Space Administration  that China National Space Administration………….. China’s self-developed new medium-sized carrier rocket, the Long March 8, arrived in Wenchang is the Chang Zheng – Long March 8 Yao Carrier Rocket. In set on planned launching on the March Launching schedule

According to the First Academy of Aerospace Science and Technology Group, the Long March 8 Yao-2 carrier rockets have recently completed all the research and development work before leaving the factory. After 7 days of sea transportation, it will be safe on January 21, 2022. Arrived at Wenchang Space Launch Site in China.

In the follow-up, the Chang Zheng – Long March 8 Yao Carrier Rocket will complete the final assembly and testing work at the launch site, and it is planned to complete the launch mission at an opportunity from late February to early March. This launch will be the first launch mission of my country’s new generation of carrier rockets in 2022

The Chang Zheng – Long March 8 Yao Carrier Rocket has completed all the research and development work before leaving the factory. After seven days of sea transportation, it arrived safely on January 21, 2022 Wenchang Space Launch Site. In the follow-up, the Long March 8 Yao-2 carrier rocket will complete the final assembly and testing at the launch site….