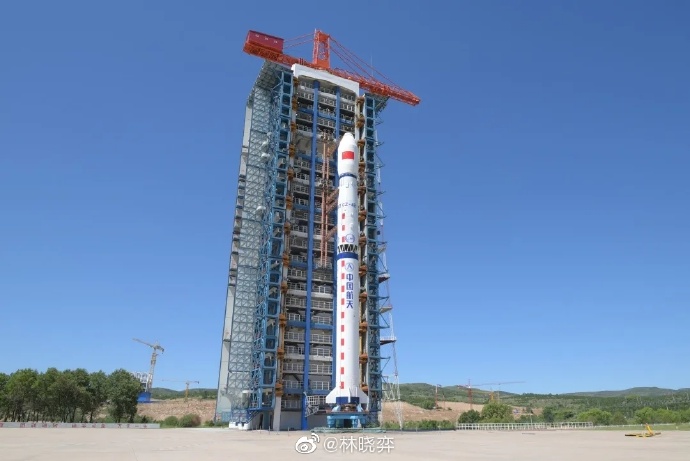 The Ziyuan 3 satellite was constructed by the China’s China Academy of Space Technology CAST, and carries three cameras produced by the Changchun Institute of Optics, Fine Machinery and Physics. A camera aligned normal to the Earth’s surface will produce images with a spatial resolution of 2.5 metres, whilst the other two, offset at 22° forward and aft, have spatial resolutions of 4.0 metres… In addition to the three cameras, Ziyuan-3 carries an infrared multispectral spectrometer with a spectral resolution of 6.0 metres in which it has mission operations durations of five years …..In which . It will form a three-dimensional surveying and mapping satellite constellation with ZY3 01, 02 and other surveying satellites, which is faster and better. Complete land surveying and mapping and global surveying and mapping constellation network… …

In which during the launch there was local residents from all around that resides around the Taiyuan Satellite Launch Center to watch the launch that day..