“Warcraft” based on “Blizzard Entertainment’s world of Warcraft” in which takes you through one off the most popular MMORPG of many besides Star trek online and Star wars the old republic…..As Warcraft takes us into that world in between the Humans and the Orcs whom world is in desolation with famine and in need of further food and resources as theirs are exhausted to survive through not least that a few seasons.. As they begin  one whom is alone Orc  and his family is challenging that survival by force.. As they also tries to struggle to survive in the realm of Azeroth.. Also challenge by humans whom fear what the orc expansion onto their lands whether it’s for peace or an all-out war between the two civilizations…  It has many characters in Azeroth whom strived for many things..

As this score of Warcraft demonstrates the cinematic mood also it’s themes of that lone Orc whom have to undertake in going against it own kind…  also the constant clash between two civilizations the humans and Orcs has the Orcs are need of the human’s fertile lands.. Warcraft is expected to screen on theaters on 10th June 2016 as too the original sound track on 3rd June ,  produce by Back lot music composed and produced by Ramin Djawadi.. 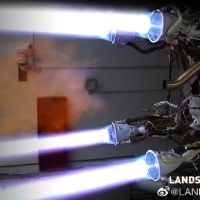