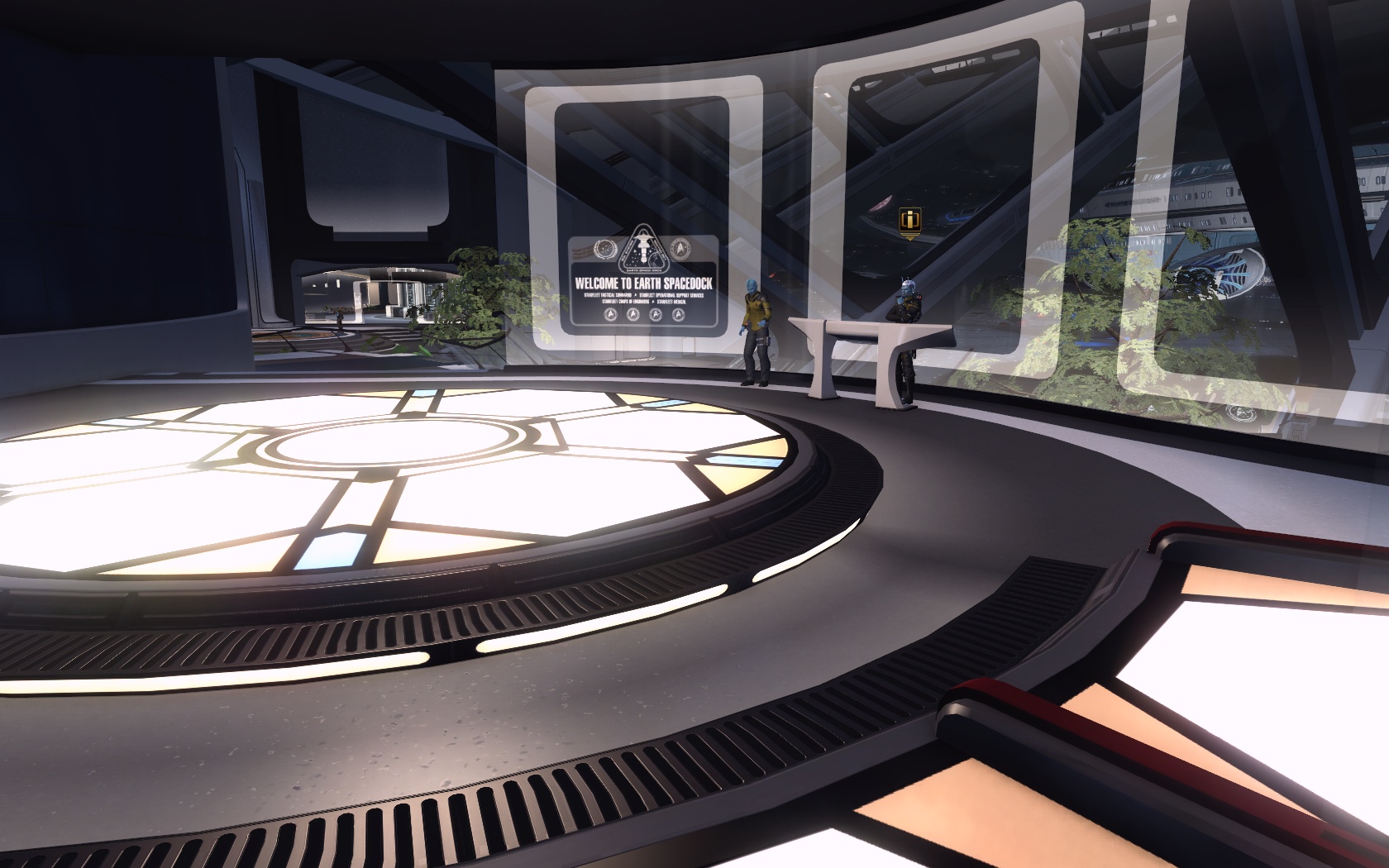 Last night I decide to see the tribble test server.  After hearing and watching Brent Justice walk through on what changes that there are going in the renovations of Earth Space Dock.  Once arrived I on the transporter pad, and amaze of the complete renovations…. For season nine in the coming month of April..  as explain by this clip by Brent Justice- just gaming 4 us..

There’s many things that’ve I like is the completely seamless flow of walking and exploring around the new environment,  that it’s almost one levelled in with many indented levels bellows.. In which is good of instead of loading up into another map level when heading into turbo lift seeing Ensign Obin and Lieutenant Laurel in the shipyard..  You can go directly to them making it easier to get to those two..

The interior space is pretty awesome It’s some open plan environment that you could make it has a make shift fleet base for your friends, given that it has the facilities to do so, like a conference halls,  the typical ship yard with the very pleasant staff like lieutenant Laurel whom will help you to select your new  standard Starship..  Waiting for your mission customisation…

On the other side of Admiral Quinn’s office besides missing a fish tank of fishes to Zen himself of after a stressful day at work…  is looking outside to earth with a beautiful view to Earth and several Starships at drydock…  around here near the massive of the panels of window view is the what was the central area that was in the current Earth space dock..

There’s one thing good it’s bright lighting.. In a way that’s good as the more floral plants situation around ponds.. With this in mind it kinda feels like the retrofit constitution class Botanical section in   the engineering hull  on a larger scale as if was a giant mega mall..

Like to know more about the newly awaited season nine renovations on Earth Space Dock… ?