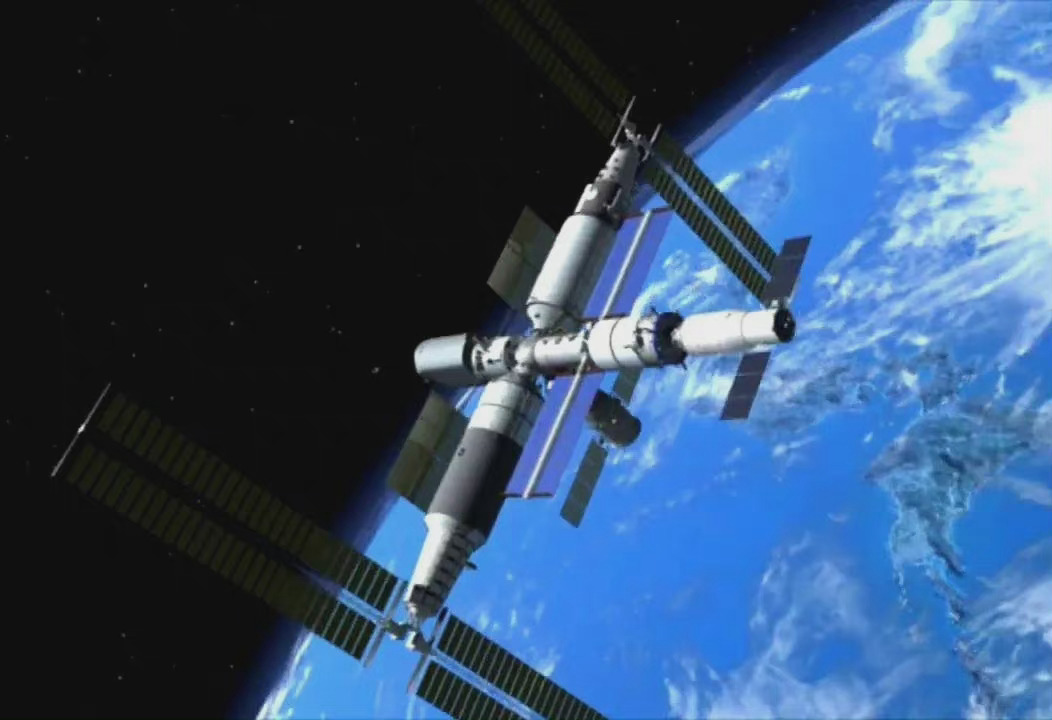 On the 16th April 2022 Saturday in between times of 09:35-10:05 hour’s morning Hong Kong SAR Beijing Time, Shenzhou13 will be back on earth in which the crew of Shenzhou 13 Zhai Zhigang, Wang Yaping and Ye Guangfu, are on their way back to Earth after a national record six-month-long mission in orbit aboard the Chinese

This year 2002 marks the expect completion year for the CNSA CSS China Space Station in which this is a demonstration of how the construction is proceed in duration of Shenzhou 14 and Shenzhou 15 crew time in space Once unfolded 50% off 10 pieces, unfolded the whole piece of solar wing twice // Space stack and space station : It can also be seen here that after the two experimental modules enter orbit, only part of the solar wing will be unfolded first, and then the space station assembly will be docked. Expand the entire solar wing twice

Watching Experimental module rendezvous and docking demonstration, let me first say that the Shenzhou 12 13 14 crew has worked hard As the Chinese space station enters the construction stage, on April 21, Yang Hong, chief designer of the China Manned Space Engineering Space Station System, gave a speech at the High School Attached to the National People’s Congress, The process of docking the space station with the subsequent two experimental modules is demonstrated. The video shows that the two experimental cabins will approach the assembly from the rear, the assembly needs to turn around, and the forward docking port faces the rear, and the transposition needs to take place in the direction of the gravity gradient. After the docking of the two cabins is completed, the Tianzhou-4 will deorbit, the Tianzhou-5 will be re-docked to the rear, and the Shenzhou-15 will be docked to the forward docking port.