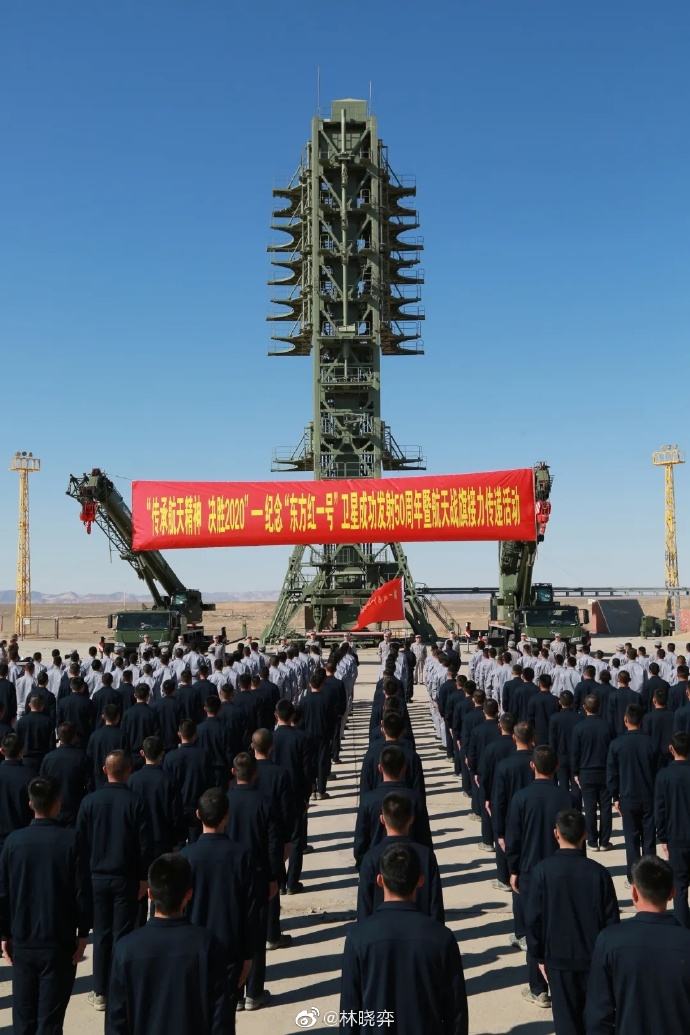 It was on 24th April 1970, China- People’s Republic of China –CNSA –China National Space Administration have successfully launched their first Earth orbiting satellite Dongfanghong One… in which it was launched at Jiuquan Satellite launch Center.. Located in the Dongfeng Aerospace City in Ejin Banner of Inner Mongolia Jiuquan in Gansu Province China… from that years onwardly in 2016- April 24th following it establish “China Space Day”…. In the past 730 days, we have witnessed miracles, reviewed classics, and recorded good things. On the future, we invite you to walk together and witness the better future of China’s aerospace. “

In which celebrating Dongfanghong One in which its mass was 173 kilograms launched by the iconic Long March one –Chang Zheng One with at speed of 7.76 Km/s in which as an orbit period of 1.8 hours in which it operational for least twenty days as test case in which that brought towards the evolution of many satellites to come.. one of it provisions is to The primary purpose of the Dongfanghong I satellite was to perform tests of satellite technology and take readings of the ionosphere and atmosphere…. satellite remains in orbit; as of 24 January 2015 it was in an orbit with a perigee of 442 kilometres (275 mi), an apogee of 2,046 kilometres (1,271 mi) and inclination of 68.42 degrees. This near-earth elliptical orbit was 114.09 minutes per orbit. It has Satellite Catalogue Number 4382 and International Designator 1970-034A…… Dongfanghong I had a design life of 20 days. During that time, it transmitted telemetry data and space readings to the Earth. On 14 May, its signal stopped.