The story outline of the “Doctor Who Christmas Special” is that the Doctor teams up with an investigative Journalist- Charity Wakefield becomes a superhero like Supergirl or Bat girl whom tries, save new York from an out world threat in which is hovering above Earth also as to off an mysterious research organization in which have a strange vault device in which contain brains from an alien species of some sort…… As the Doctor returns to New York is also the place where his in-laws “The Ponds” Amelia and Rory Ponds-Williams-Karen Gillian, Arthur Darvill into 1938 have been pulled out from his fix point in time by the weeping angels- The Angels Take Manhattan..  Also joining the Christmas special is Justin Chatwin whom plays Grant hence the G on the suit… the Christmas Special featuring sixty minutes broadcast on Christmas day on BBC ones hopefully hopes  it’ll be simulcast on some countries like the day of the Doctor on the 50th Anniversary..

In returning The Doctor is accompany with fellow companions from the last Christmas Special, in which is the lovable Matt Lucas as Nardole in which seemingly he’s in one piece, also with new companions for the Christmas special is the  Grant Gordon/ The Ghost  with the Lois Lane character premise Lucy Fletcher- Charity Wakefield.. Written by Steven Moffat Directed by Ed Bazzlgette… In this year’s Christmas Special the Doctor- Peter Capaldi- 12th Doctor Teams up this time with a comic book superhero as the adventures takes place in New York….. The Christmas Special is screened and aired… On Christmas Day in the United Kingdom, Great Britain on 25th December 2016….  .. 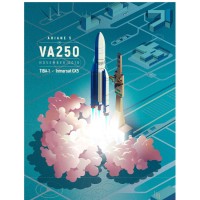