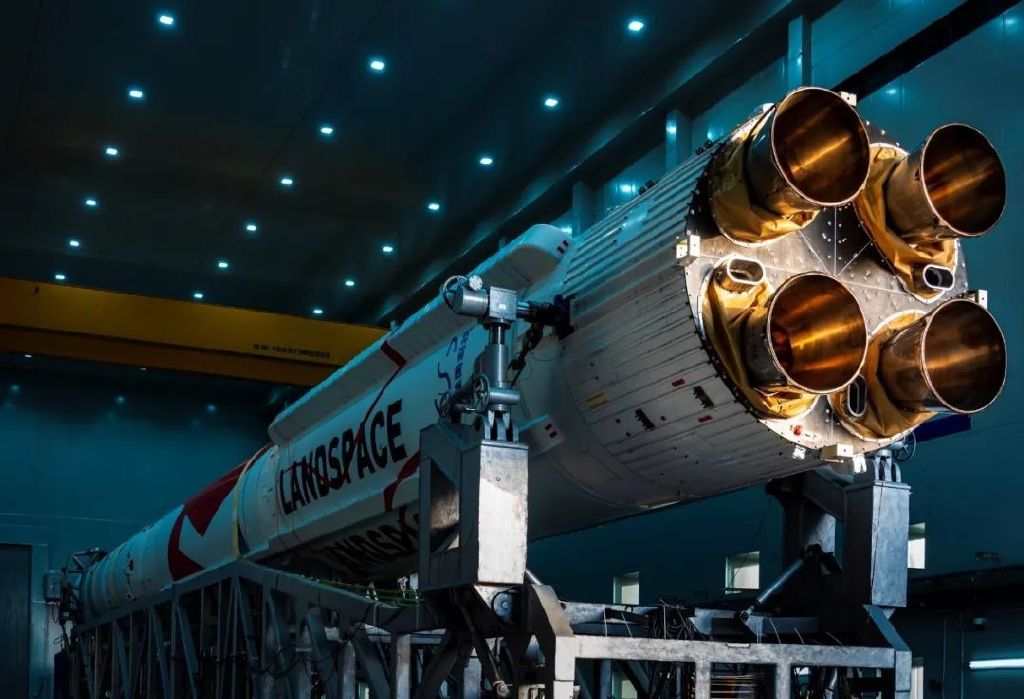 LandSpace 蓝箭航天 One of sixty Chinese private space Carrier Rocket Companies in China-People’s Republic of China…   On the occasion of the centenary of the founding of the party, the first phase of the Jiaxing LandSpace Blue Arrow Aerospace Center, a gathering place for the aerospace industry chain laid out in Zhejiang, was completed and will soon be put into use. Established mass production capacity for medium and large rockets, and completed the first phase of Jiaxing Blue Arrow Space Center

Jiaxing LandSpace Blue Arrow Aerospace Center is located in the Aerospace Industry Park of Jiaxing City, Zhejiang Province China, and People ’s Republic of China. It aims to build a top aerospace industry base in the entire industry chain that integrates design simulation, testing and testing, and intelligent manufacturing.

Blue Arrow Aerospace Tianque 80-ton improved engine completed the second start test After working for 10s, the engine started and shut down normally, with stable operation and stable performance. In addition, the mission profile of the taxiing section was simulated after one start, and the temperature change data of the propellant in the engine inlet and the pump cavity were obtained, in order to optimize the pressure of the propellant tank before the second start. and pre-cooling process to provide the basis.

The TQ-12A engine was established and developed in February 2021. On the basis of fully inheriting the TQ-12 engine technology, through design optimization and improvement, the engine thrust was increased by 9%, the specific impulse was increased by 40m/s, and the weight was reduced by 100kg.

This round of test runs was carried out 6 times and the cumulative test run time was 900s. This round of test runs focused on the evaluation of the secondary starting capability of the engine, the feasibility of the engine and component improvement plan and the reliability of long-range work, and the working coordination between the engine and the overall controller, and verified The thrust regulation ability, working stability and thrust and mixing ratio control strategy of the engine in the range of 50%~110% are obtained.

As of July 31, 2022, Tianque’s 80-ton liquid oxygen methane engine has completed a total of 37 engine thermal test runs and flight calibration test runs, with a cumulative test run of more than 20,000 seconds.

Video description: The stationary state between firings is a simulated coasting state. The engine started for the second time at 17 minutes and 37 seconds

Images and visuals are from their Respectives.