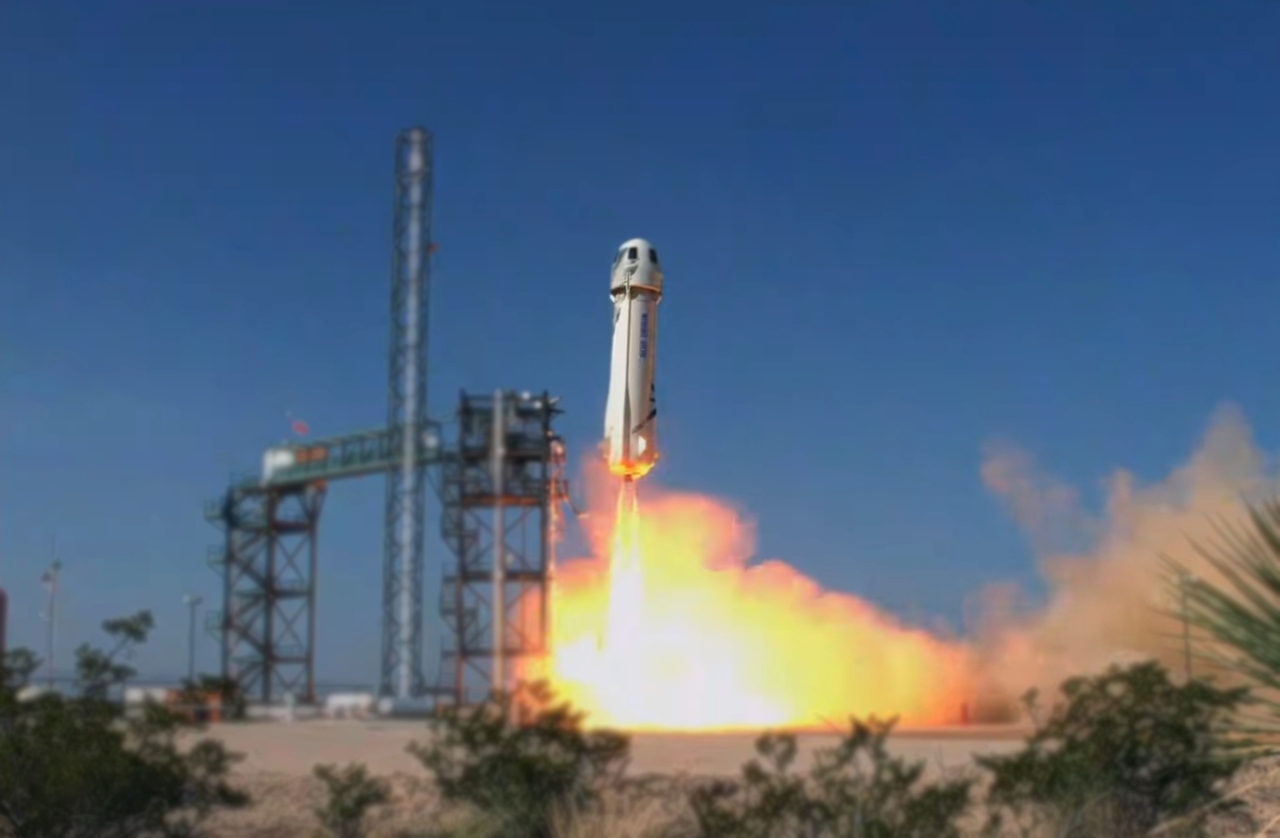 Mission nine launching from a very clear dry day is the the Blue Origin New Shepard for crew flight certification..

On 18th July 2018, on a very clear western Texas dry day in which is the ninth mission launch testing for the Blue Origin New Shepard reusable module also reusable carrier rocket in which will ferry payloads also crew to and from the International Space Station or to various planned stations that’s under development  .. During this flight Mannequin Astronaut Anakin Skywalker is one of the many testing installations onboard mission nine..

One of many objectives for the mission nine is the testing, simulating a crew departure during a flight under an anomaly that the crew module was pushed towards its design limits, stressing out towards an escape testing at a right critical time…  In which this isn’t the first time that Blue Origin tested this anomaly.. in which they tested in the previously mission to assess any necessary critical modifications that are need for crew flight certification in which was performed on October 2012 year of a Max-Q simulated booster failure also to cause excessive stress on the carrier rocket to see how well perform under those near vacuum space conditions..

Blue Origin Mission Nine departing crew module is the the crew certification for passenger flight in with is the Mannequin Astronaut Anakin Skywalker experiencing Ten times of Earth gravity.. 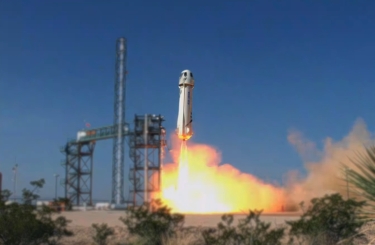 Mission nine launching from a very clear dry day is the the Blue Origin New Shepard for crew flight certification..

Mission Nine Blue Origin landing of its reusable carrier rocket after a stress testing to see what required modifications that need..

During Mission nine there was also other various experimentally commercial Companies, Universities science packages onboard the crew module accompany Mannequin Astronaut Anakin Skywalker, that is delicate towards crew certification also for micro-gravity, with utilization of internet Wi-Fi communications  in space.. Also testing the escape rocket motor… Under a requirement recommended ten G environment dosage for humans ……