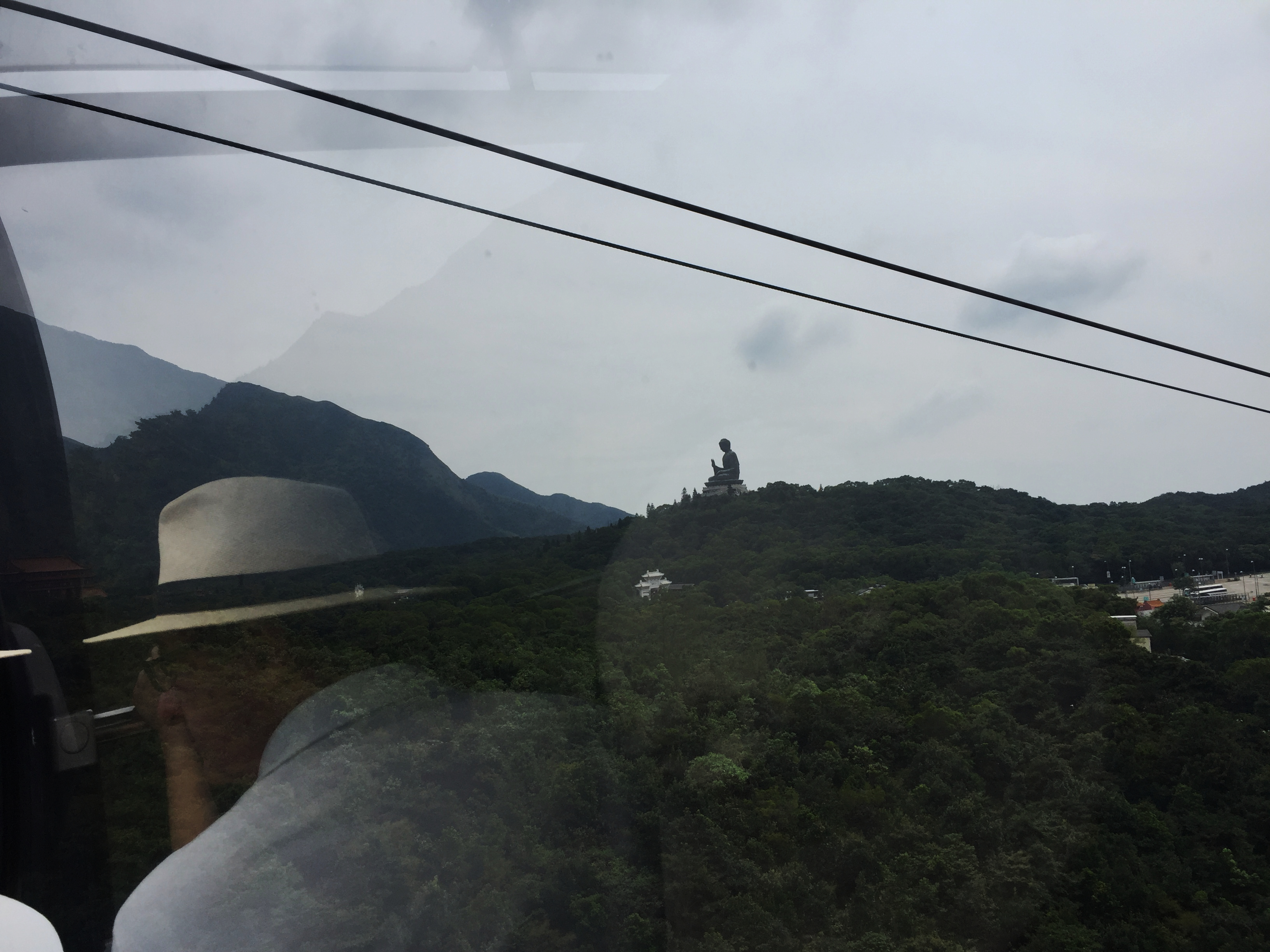 One off my previous stops the next day, is travelling towards Ngong Ping 360 in which is on Lantau Island, in which as also is the location nearby is Hong Kong Disneyland.. But further inwards into Lantau Island.. in which one of many transportation access to Ngong Ping 360,  the Big Buddha, or Po Lin monastery….is using the Hong Kong MTR.. So taking up the early morning travel is by using… The Central Station from The IFC building on Hong Kong Island towards the Tung Chung connection- the Yellow line- in which it’ll takes you towards the Pink line …. In which my morning takes me there from having a strong breakfast in Austin Road restaurant Café De Coral, from having a relaxing breakfast then making ways towards in taking a Star ferry ride to Central from there it’s taking the Tung Chung line towards Lantau Island..

Once stopping at the Tung Chung line all the way through towards, in which the next part is the cable cars  in trying to find the cable cars that lead up to the Ngong Ping 360… in which the signs around the station itself is pretty well illustrated in Traditional Chinese also in English.. In which making ways from Tung Chung MTR Station… Towards Tung Chung  Citygate Shopping complex in which is six times larger than Auckland’s Sylvia Park as….

Then walking towards the Ngong ping 360 Cable Car Terminal, in which the Cable Car rides comes in two packages, one with the standard cabin is HKD $165, for the round trip as for senior citizens it’s HKD $130 … The other package is the Crystal Cabin in where there’s a see through toughen plastic floor in where you can see all of downwards.. Sometimes it’s pays to book the tick online, given that you like waiting in lines like the early 1990’s like going for clubbing…  the wait for the cable car ride isn’t too bad, however for a standard one, in which the cabin is gently ventilated, with the window shutters open as the cool breeze from the mountain tops blew in cool circulated air..   The journey time takes up least 15 minutes as I go up through a series of Cable Car stops towards Ngong Ping Village… Throughout the ride, the view is timeless breath taking, looking over from going from the Tung Chung Township towards the several mountainous peaks.. From looking at the various lakes, the Dam, then the whole outline of the looking outward towards the Hong Kong International Airport in the process of building its third terminal in which later will process ten million passengers per year… as viewing from that onwardly in the distance it’s the largest motor- ultra high Velocity rail , high way system in the world the linkage between the Hong Kong, Macau towards Beijing then onwards to Silk road towards Europe for one of many Silk Road belt trading initiatives.. As my cable car ride is approaching, towards the last terminal from the mountainous breath taking views as in the distance the Big Buddha in the distance… of Lantau Island landscape then arriving at the Cable Car shop to pick up my photograph they’ve taken earlier from the very based of Chung Tung.. .. .. …

“As to note that the Cable car line is under its massive routine Cable Rope repair ordinances in which started of very beginning of Chinese Lunar New Year in which is expected to be completed in June 2017 also the avoidance of the Typhoon season as to other transportation to Ngong Ping 360 also the village there’s transportation a coach tour.. .. “