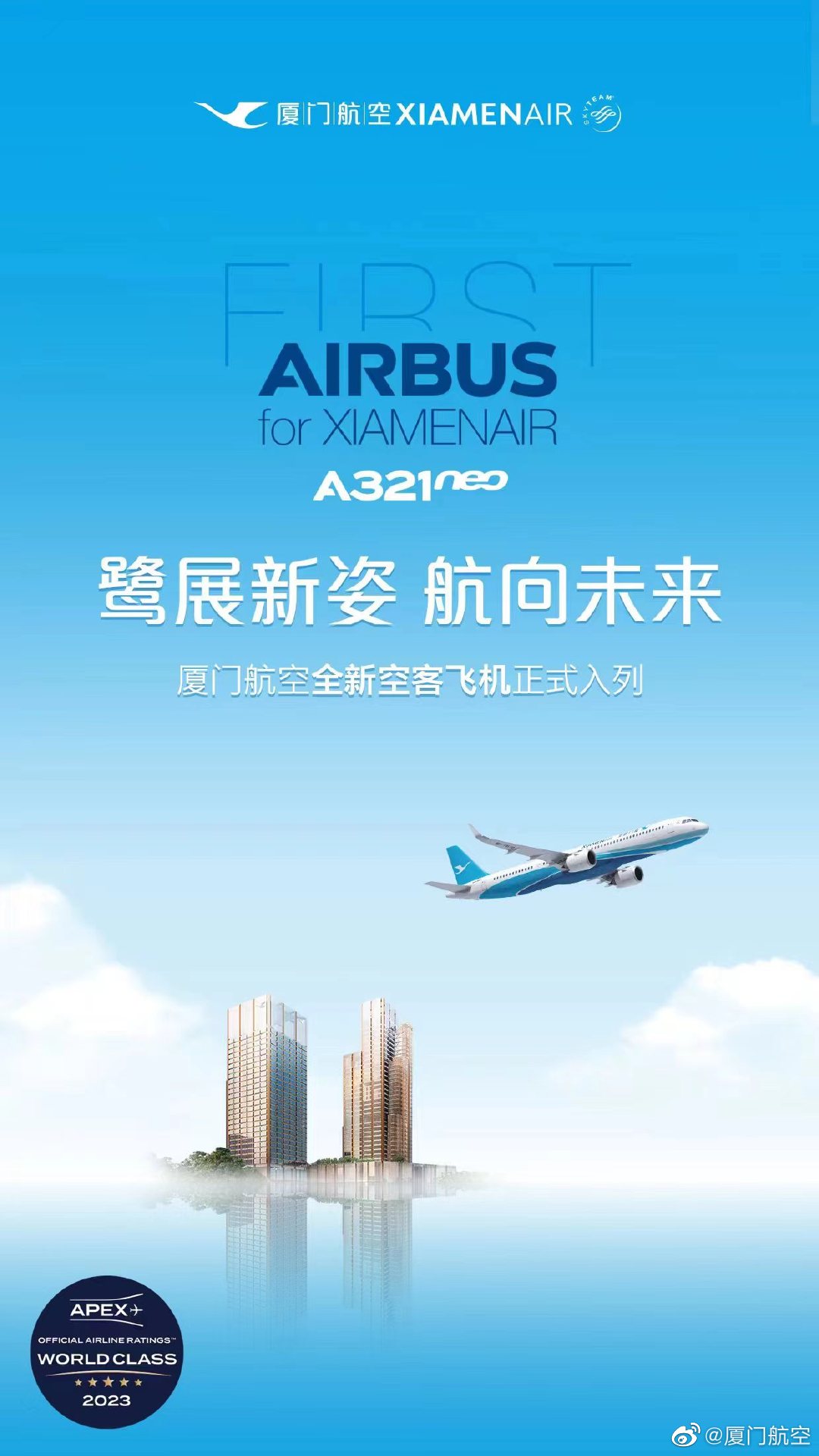 Xiamen Airlines First Airbus Aircraft Entering List passing through the “Water Gate” to wash away the dust, the A321neo has officially joined the Xiamen Airlines family~ The new aircraft is expected to be officially put into commercial passenger operation in the spring of 2023. At that time, passengers will be able to experience the aircraft first on boutique routes from Xiamen to Beijing Daxing, Shanghai Hongqiao, and Chengdu Tianfu.

Xiamen Airlines has taken delivery of its very first Airbus aircraft, an A321neo in Hamburg, Germany, which is on lease from CMB Financial Leasing, making the airline a new Airbus A320neo Family operator. Xiamen Airlines’ A321neo aircraft is powered by CFM International LEAP-1A engines and configured in a high comfort two-class layout with 208 seats, with eight in Business Class and 200 in Economy. The cabin features 60 percent larger overhead bins for added personal storage.

On a Toulouse, 22 September 2022 – Xiamen Airlines has placed a firm order for 40 A320neo Family aircraft switching to Airbus for its fleet growth, making the airline the newest Airbus customer. The agreement was announced by the major shareholder China Southern Airlines to the Shanghai Stock exchange.

The A320neo Family incorporates new generation engines and Sharklets, which together deliver more than 25 percent fuel and CO 2 savings, as well as a 50 percent noise reduction. Passengers are benefitting throughout the trip from Airbus’ award-winning Airspace interior, which brings the latest cabin technology to the A320 Family. At the end of August 2022, the total number of A320neo Family firm orders reached over 8,500 from more than 130 customers worldwide.

Imagines and visuals are from their respectives