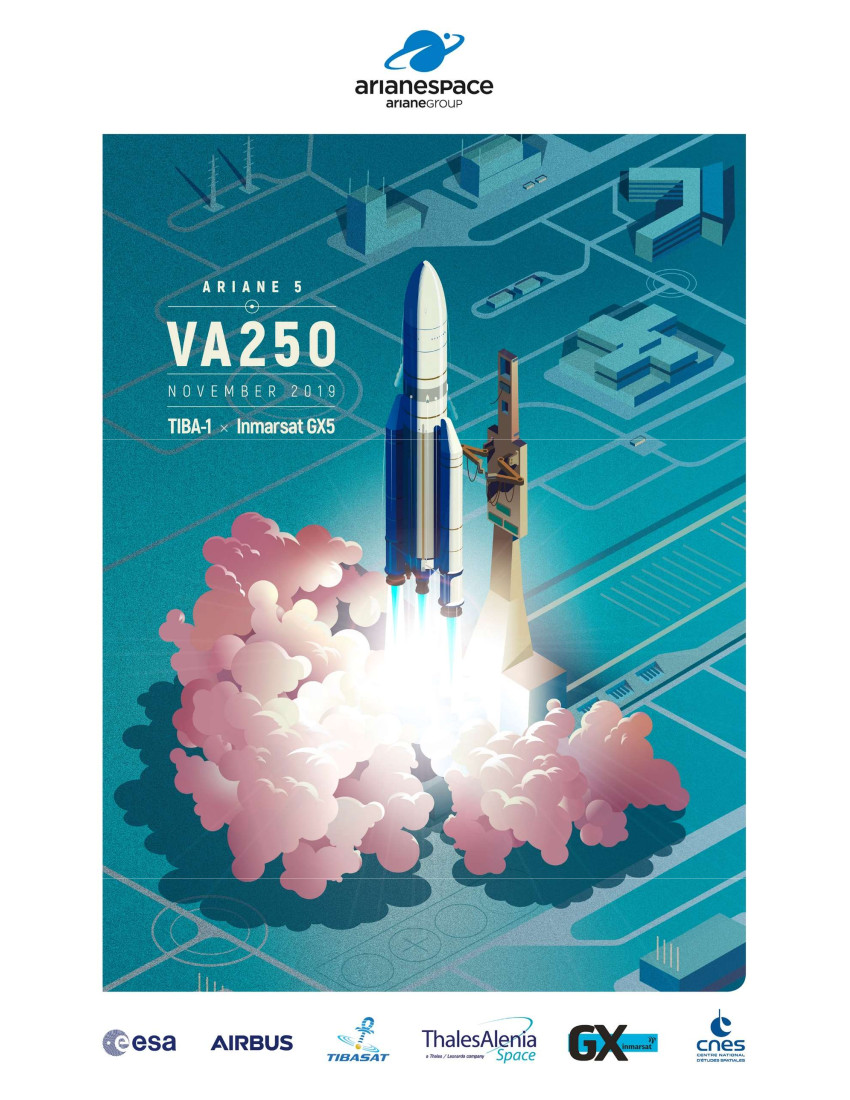 During the launch of the Ariane five Carrier Rocket, in which deploying two Telecommunications Satellites in which TIBA-1 for Thales Alenia Space and Airbus Defence and Space, on behalf of the Government of Egypt in which serves the civilian and government provisionments for Egypt in which will be placement for in GTO Geo Stationary Orbit at 35.5 degrees East of its orbital slot position..  in which this a fourth satellite launched for Egypt..

The Second is the Inmarsat GX5, in which is a Mobile Communications Satellite … Thales Alenia Space for Inmarsat, is one of many of  the world leader in global, mobile satellite communications. Inmarsat’s fifth Ka-band Global Xpress (GX) satellite, GX5 will be the most advanced in the GX fleet, which in less than four years has become the gold standard for seamless, globally available, mobile broadband services. …. Geo Stationary orbit at 11 degrees East, in which this satellite will provide communications provisionments for services in Europe and the Middle East, particularly for aviation passenger Wi-Fi and commercial maritime services…..

Image and credit from Airbus–Ariane Space