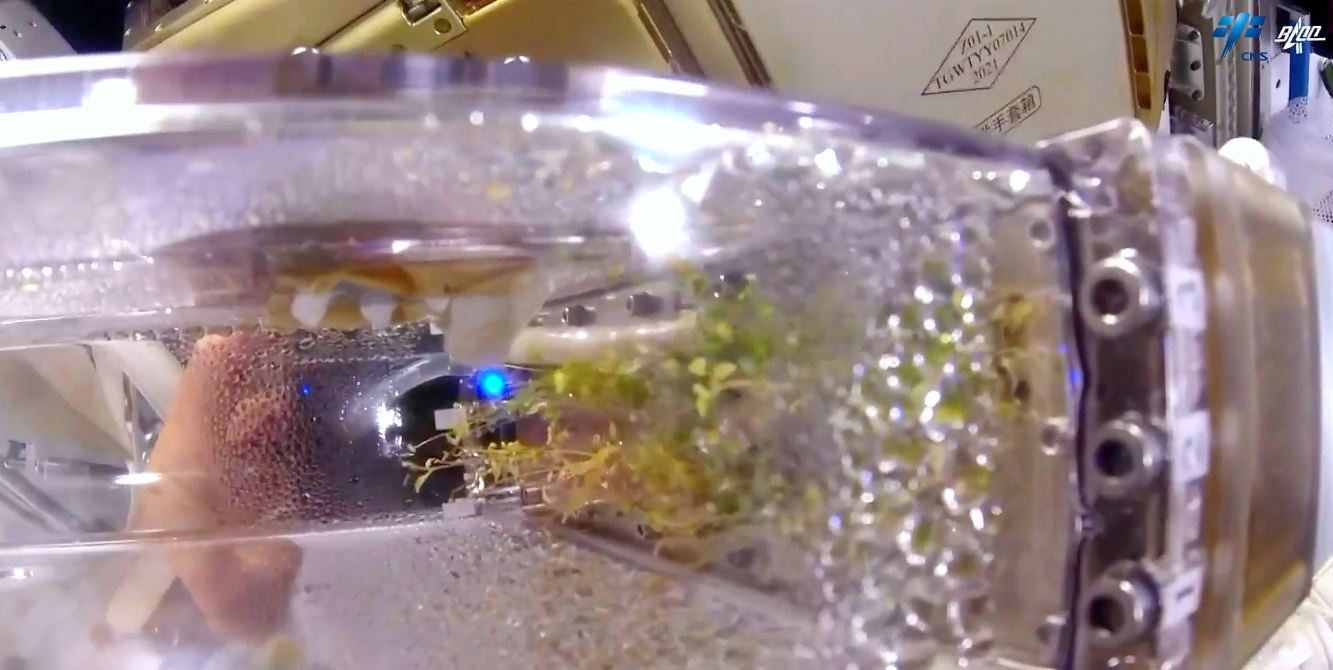 On the 18th January 2023 week – New progress in scientific experiments in orbit Takionauts collecting the second batch of Arabidopsis…. I have “grown up” and feel good! The second batch of Arabidopsis thaliana in the Chinese space station is in good growth condition. The crew of Shenzhou 15 astronauts has collected and transferred the “grown” Arabidopsis samples into the sample bag in the scientific glove box, which will be handed over to the research team carried out related research on how the space microgravity environment regulates the structure and function of plant cells…

Arabidopsis thaliana, the thale cress, mouse-ear cress or arabidopsis, is a small flowering plant native to Eurasia and Africa. A. thaliana is considered a weed; it is found along the shoulders of roads and in disturbed land.