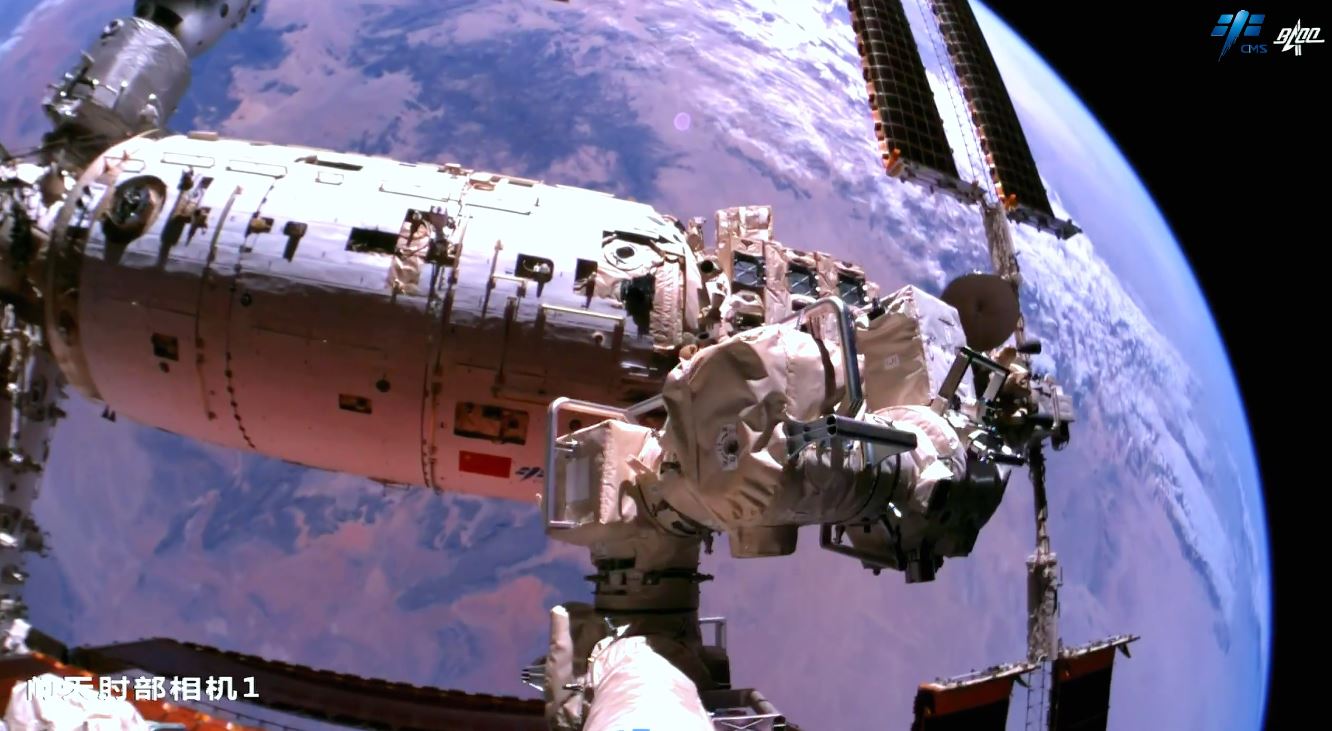 On the Week of 16th January 2023..  Counting down towards the Year of the Rabbit on the 20th January 2023, the Crew of Shenzhou 15 has been Busy throughout the New Year, also towards the Chinese Lunar New Year, as the Shenzhou 15 Crew Celebrates for the first time. As the Tiangong –China Space Station orbits the Planet Earth it always constantly have a view of the Motherland China, People’s Republic of China. Viewing from the Chinese Space Station from the perspective of a small Five meter length robotic arm… that Design with multiple functions ……   When the sun slowly paints the space station golden, when the small robotic arm quietly watches the Chinese space station and the blue planet 400 kilometers away, the space station Year after year, day after day, it surrounds the earth as a witness to our future…..