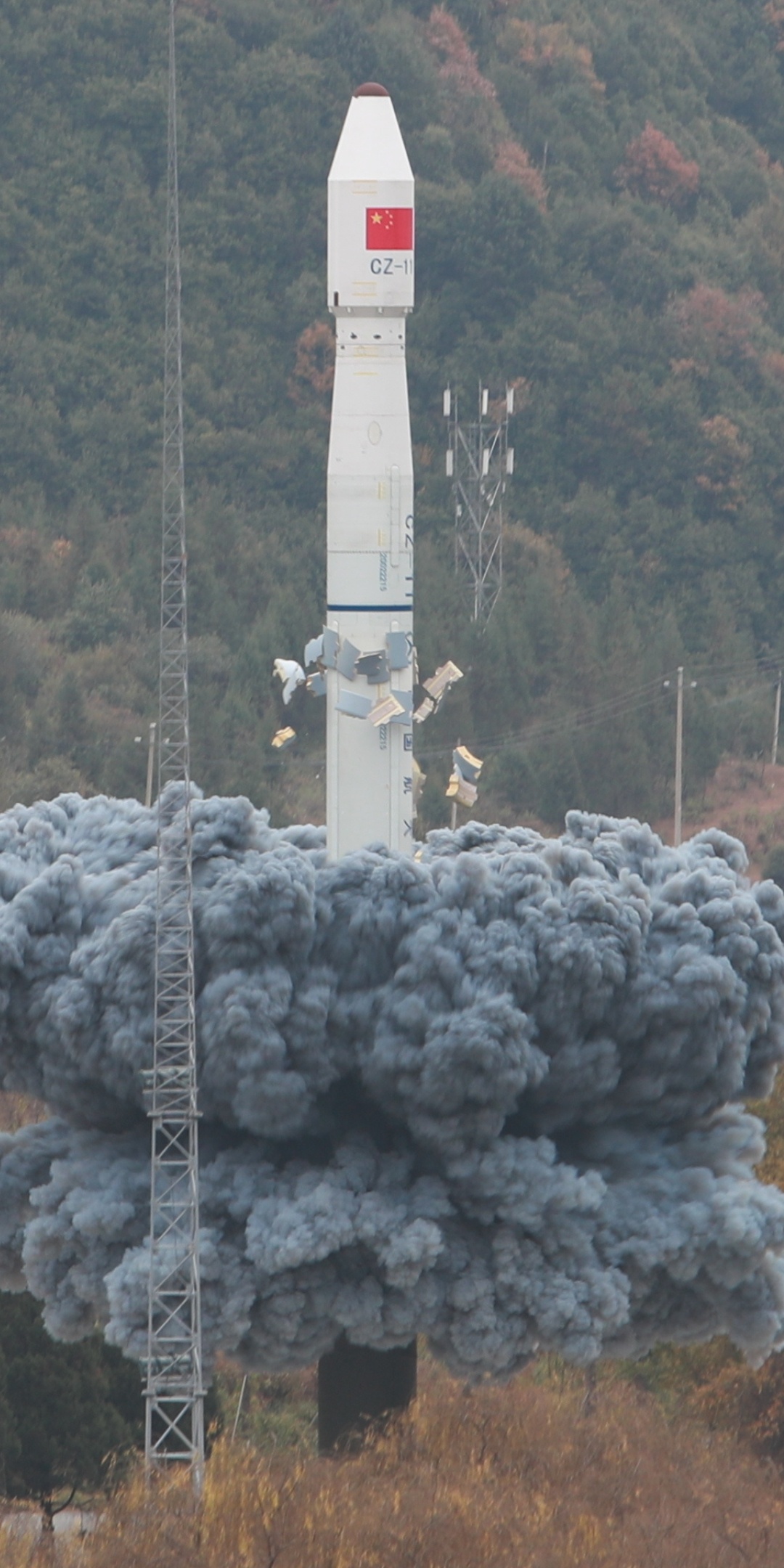 The Chang Zheng – Long March 11 carrier rocket at the Xichang Satellite Launch Center, and the satellite entered the schedule smoothly. Orbit, the launch mission was a complete success. This launch is the 456th launch of the Long March series of launch vehicles.

The Shiyan test-21 satellite was developed by the Eighth Academy of China Aerospace Science and Technology Corporation…….Shiyan means “experiment” in Chinese. The newly launched Shiyan satellite will be used for in-orbit verification of new space technologies the satellite successfully entered the predetermined orbit, and the launch mission was a complete success. The satellite is mainly used to carry out on-orbit verification tests of new space technologies

The Long March 11 carrier rocket was developed by the First Academy of Aerospace Science and Technology Corporation. It is the first and only solid carrier rocket in the Long March series rocket family. It is nearly 21 meters long, weighs 58 tons, and has a take-off thrust of 120 tons.

The Long March 11 carrier rocket has been launched 4 times this year, setting a new high in the number of launches in a natural year since the rocket’s first flight, and has successfully completed 15 consecutive launch missions, marking that the rocket is gradually moving towards the launch stage of high-density applications, showing high reliability and high efficiency also Adaptability.