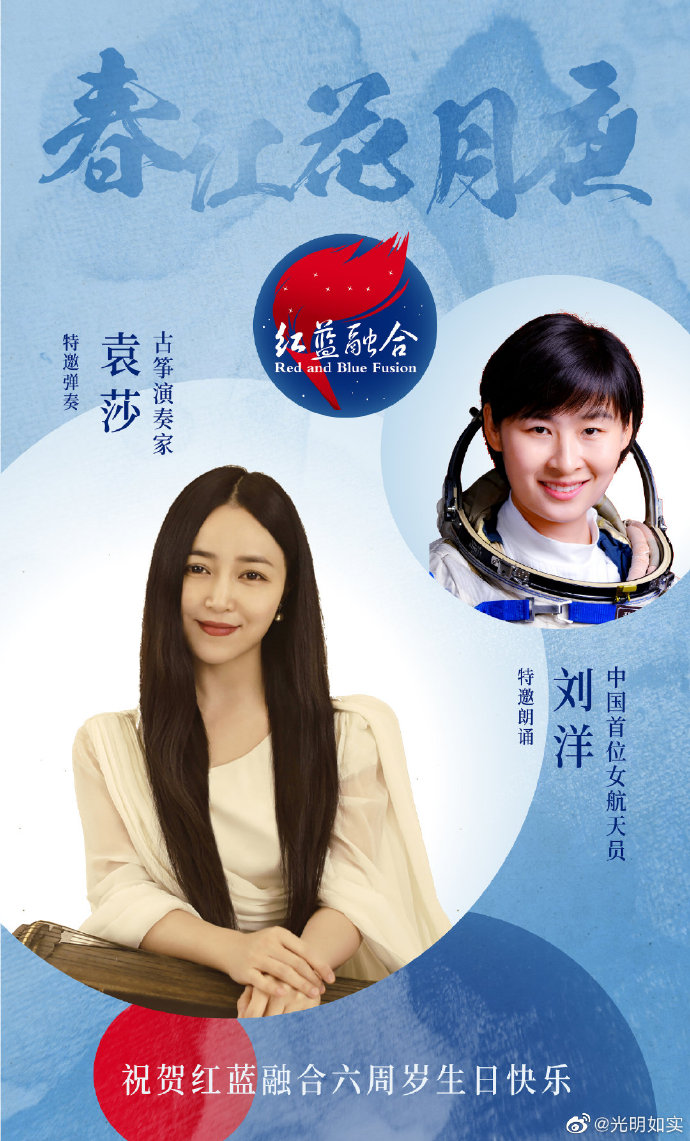 袁莎古筝艺术 Yuan Sha Guzheng art | 袁莎Yuan Sha, born in Tiantai County, Zhejiang Province China, People’s Republic of China…  in 1977, is a Chinese Guzheng player, a teacher of folk music at the Middle School Attached to the Central Conservatory of Music , a director of the Guzheng Professional Committee of the China Nationalities Orchestra Society   , and a vice-chairman of the China-Europe Humanities and Art Education Alliance of the Ministry of Education , In the field of Guzheng, he has won three champions of the highest Guzheng competitions at home and abroad. ……Beijing Yuan Sha, a Chinese zither performing artist, is currently teaching at the Central Conservatory of Music, Young Changjiang Scholar, professor and doctoral supervisor of the Central Conservatory of Music, director of Zhongzheng Culture and Art, China’s image ambassador for respecting the elderly ….

“The tide of the spring river connects with the sea level, and the bright moon on the sea rises together with the tide.” The famous poem “Moonlight Night on the Spring River” written by Zhang Ruoxu, a poet of the Tang Dynasty, is known as “the poem in the poem, the peak on the peak”.