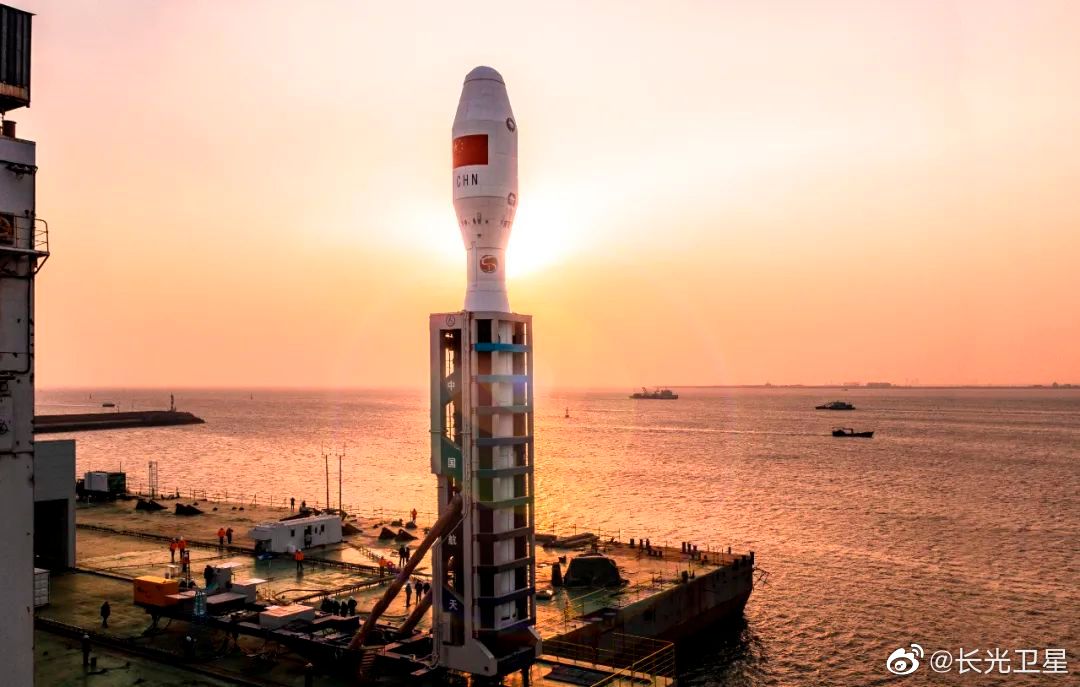 杰龙三号运输火重成功  What does the new rocket “Jielong III- Smart Dragon” look like? Chinese launch vehicle family has added a new member! The Jielong-3 carrier rocket has a total length of 31.8 meters, a maximum diameter of 2.65 meters, a take-off mass of 140 tons, and a carrying capacity of 1.5 tons in a 500-kilometer sun-synchronous orbit. It supports land-based and sea-based rapid launches. The rocket has a diameter of 2.9 meters and a diameter of 3.35 meters. The mission is cost-effective and applicable. It has the launch capability of “one arrow with 20 satellites”. The launch can provide reliable, convenient and economical exclusive launch, fixed-orbit launch and loading services for domestic and foreign commercial satellite users for constellation networking, network replenishment, and payload verification.

The total length of the Jielong-3 rocket is about 31 meters, the largest diameter of the rocket body is 2.65 meters, the smallest diameter is 2 meters, and the total mass is about 140 tons. The rocket is a series layout of four-stage solid motors. Among them, the high-performance fiber-wound composite shell integral solid motor with the largest charge and the largest thrust developed by the Fourth Research Institute of Aerospace Science and Technology Group is adopted. The diameter of the engine is 2.65 meters. 71 tons, the thrust reaches 200 tons.
At the same time, the Jielong-3 rocket also has two configurations of fairings with a diameter of 3.35 meters and 2.9 meters, which can be adapted to various satellite rocket interfaces and meet various satellite installation requirements.

The rocket is arranged in series with four solid motors. Jin Xin, the commander-in-chief of the Jielong-3 rocket, introduced that the successful first flight of the Jielong-3 rocket has effectively promoted the serialization of my country’s solid launch vehicles. At present, the Jielong series of rockets have a carrying capacity of 200 kilograms to 1.5 tons in a 500-kilometer sun-synchronous orbit.

Jin Xin introduced: At present, we are planning a larger-scale Jielong-4 solid launch vehicle, with a carrying capacity of 2.5 tons in a 500-kilometer sun-synchronous orbit, and actively exploring the sea launch capability of liquid rockets. In the future, we will achieve a more complete “both cooling and heating” ‘Solid-liquid compatible’, ‘fixed + manoeuvrable’, ‘multiple launch at once’ sea launch capability.