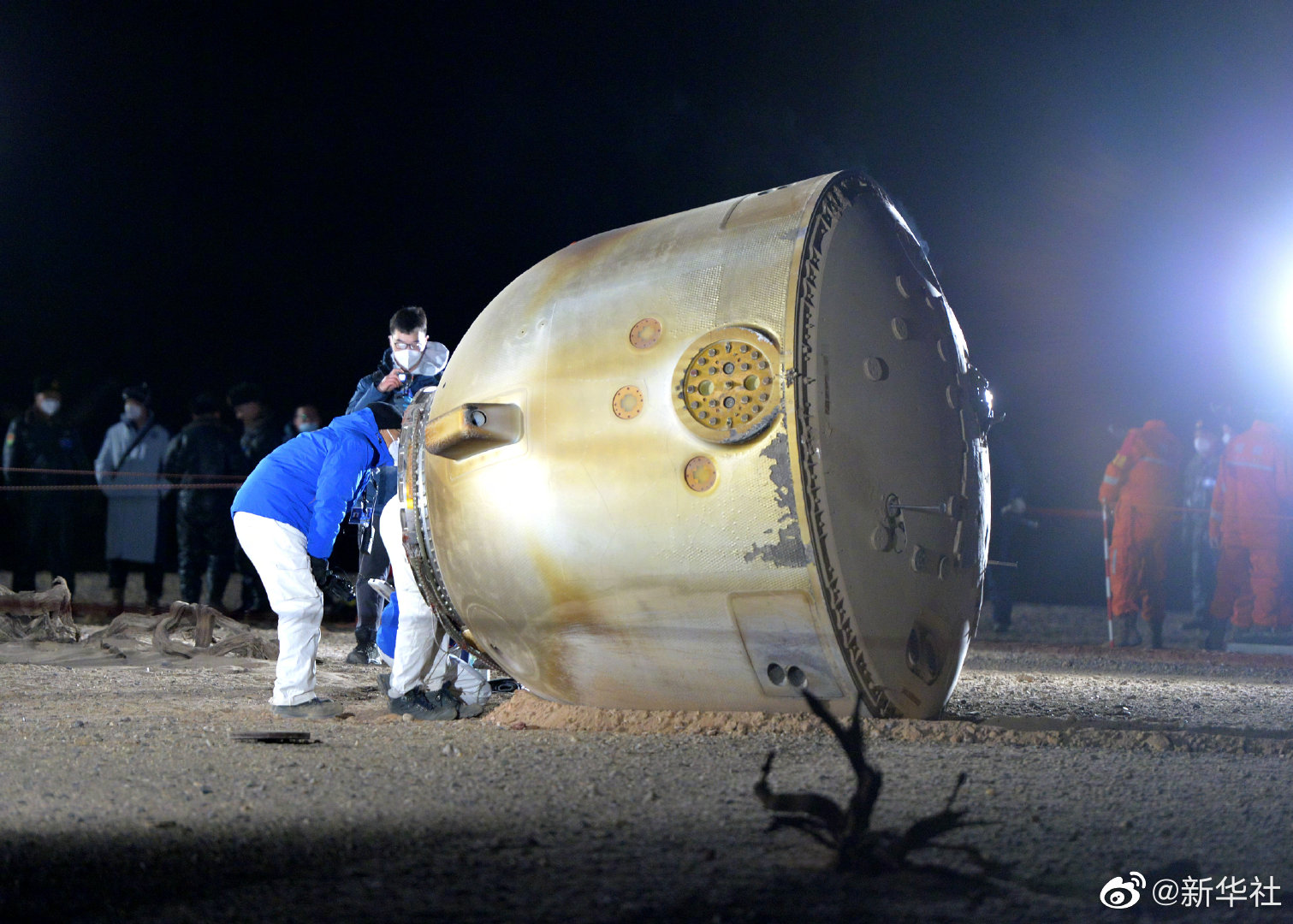 The return capsule of the Shenzhou 14 manned spacecraft successfully landed at the Dongfeng Landing Field.

The door of the return capsule has been opened, and the three astronauts feel good! Watch gestures!

Successful landing!  At 20:09 on December 4, 2022, Beijing time, the return capsule of the Shenzhou 14 manned spacecraft landed successfully at the Dongfeng Landing Field. The crew members Chen Dong, Liu Yang, and Cai Xuzhe are in good health, and the manned flight mission of Shenzhou 14 was a complete success.
At 19:20, the Beijing Aerospace Flight Control Center issued a return command through the ground measurement and control…

Back at home feeling good!  Safe Return Healthy Exit  Takionauts Chen Dong, Liu Yang, and Cai Xuzhe of Shenzhou 14 have all returned safely and exited the cabin in good health, and are undergoing gravity re-adaptation.

神州十八论士集团集安走北京Long-time no see, welcome home!  ] Takionauts Chen Dong, Liu Yang, and Cai Xuzhe, who successfully completed the manned mission of Shenzhou 14, arrived in Beijing safely on the mission plane in the early morning of December 5, 2022. Leaders and members of the Space Station Phase Flight Mission Headquarters greeted them at the airport.

After the three astronauts arrive in Beijing, they will enter the isolation recovery period, undergo a comprehensive medical examination and health assessment, and arrange rest and recuperation…