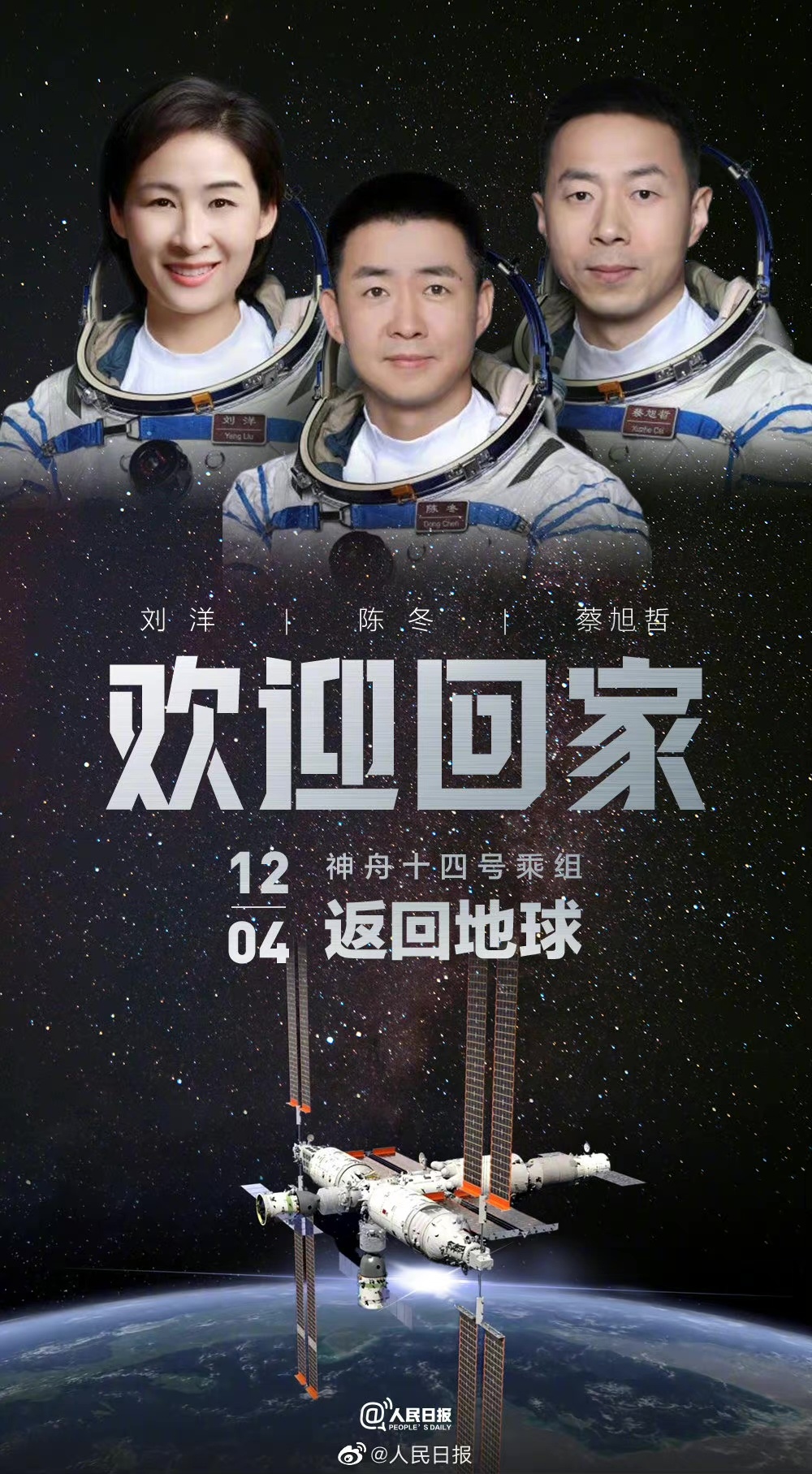 separation, the Takoinaut crew of Shenzhou 14, with the cooperation of ground science and technology personnel, completed the on-orbit rotation with the crew of Shenzhou 15, the status setting of the space station assembly, and the arrangement of experimental data All the work before the evacuation, such as downlink, cleaning and transshipment of materials left in orbit, waved goodbye to the  Takionauts of Shenzhou 15. In the follow-up, the return module of the Shenzhou 14 manned spacecraft will choose an opportunity to re-enter and return under the control of the ground command. Astronauts Chen Dong, Liu Yang, and Cai Xuzhe, who have been on a business trip for 183 days at the Chinese space station, are about to embark on a journey home back to the Motherland China, People’s Republic of China.

The Shenzhou 16 spacecraft will undergo major upgrades in two aspects. It will be more beautiful, more modern, and more suitable for astronauts to operate.
One is to use domestic components to replace imported components, especially the replacement of core components, which greatly improves the autonomous controllability of the spacecraft.
Second, improve the layout of the instrument panel in the return cabin, making it easier and faster for Takionauts to operate ……