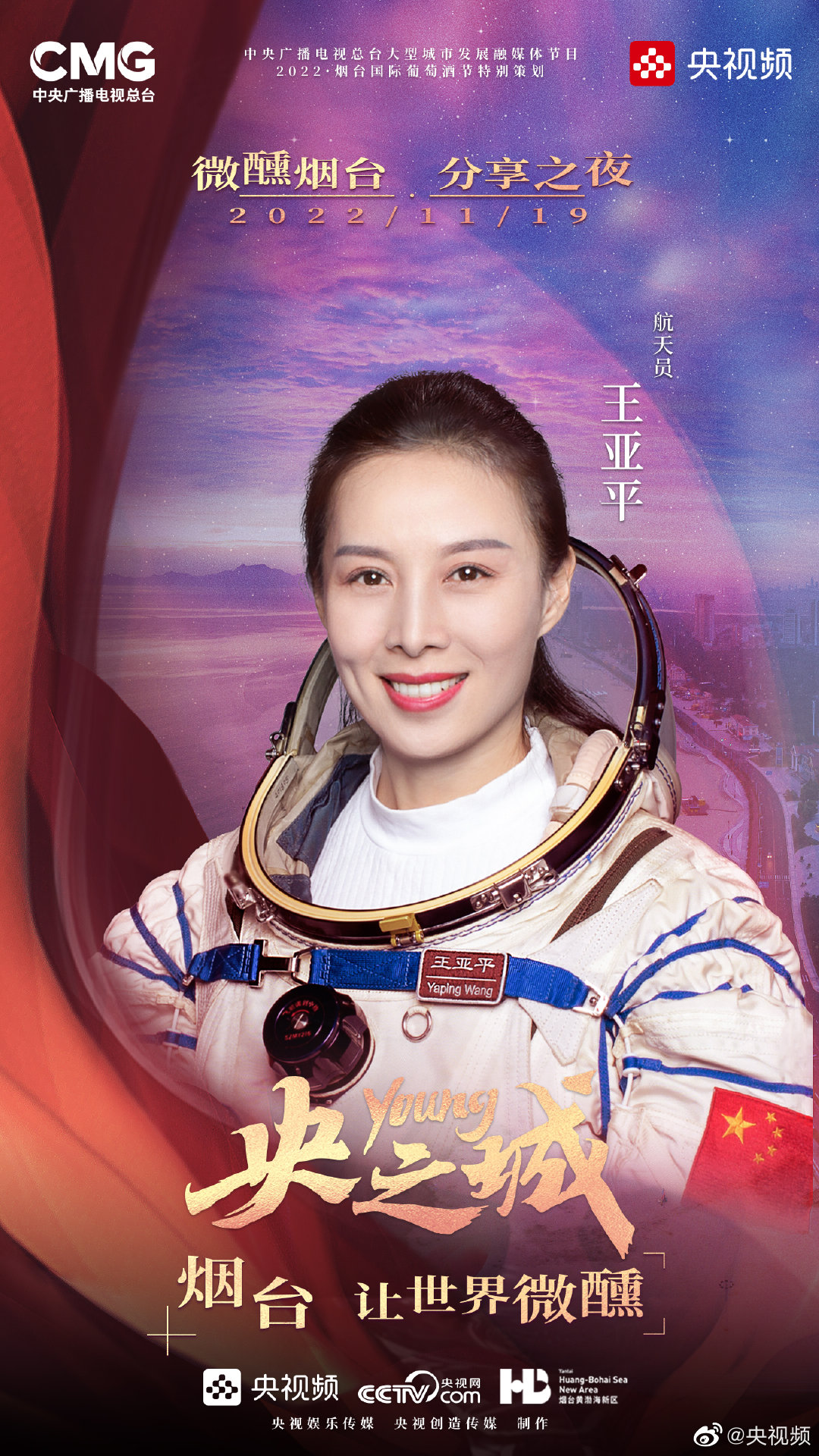 CNSA China National Space Admistraton –CMS China Manned Space Shenzhou ten and thirteen Senior Colonel Takionaut王亞平Wang Yaping on 19th November 2022 on 2000 Hours Hong Kong SAR- Beijing time speaking on Televised Television from CMG-China Media Group, CCTV China Central Television. On a Special presentation in where she storylines how she got started in which she is a  “I am a native of Yantai, and I am a little girl who grew up eating mackerel stuffed dumplings.” At 20:00 on November 19th, Aerospace Member Wang Yaping was a guest in “太young之城 —Slightly Drunk Yantai · Sharing Night”, telling about the “flying” road of Yantai girls…

Wang Yaping, who longed to “fly” since she was a child, often climbed the tallest cherry tree in her home; 王亚平儿童上树被爸爸说你怎么不上天 with the dream of flying into the sky, Wang Yaping became a pilot at the age of 17. The pilot became an Takionaut at the age of 30, flew into space at the age of 33, and stationed in the Chinese space station at the age of 41. She turned her dream into reality. Let’s watch together 王亚平描述How amazing the earth is from space, from her inspirational journey..

Wang Yaping, female, Han nationality, native of Yantai, Shandong, member of the Communist Party of China, born in January 1980, enlisted in the army in August 1997, joined the party in May 2000, graduated from the School of Journalism and Communication of Peking University with a master’s degree, and studied for a doctorate in the School of Psychology of Peking University degree, rank of colonel. Served as the deputy captain of a certain regiment of a certain division of the Air Force Aviation Corps. She flew safely for 1567 hours and was rated as a second-level pilot of the Air Force. She  is currently a special-level Takionaut of the Chinese People’s Liberation Army Astronaut Brigade , a representative of the 20th National Congress of the Communist Party of China, a representative of the 13th National People’s Congress , a vice-chairman of the 13th All-China Youth Federation, and a public welfare image ambassador of China Aerospace ….