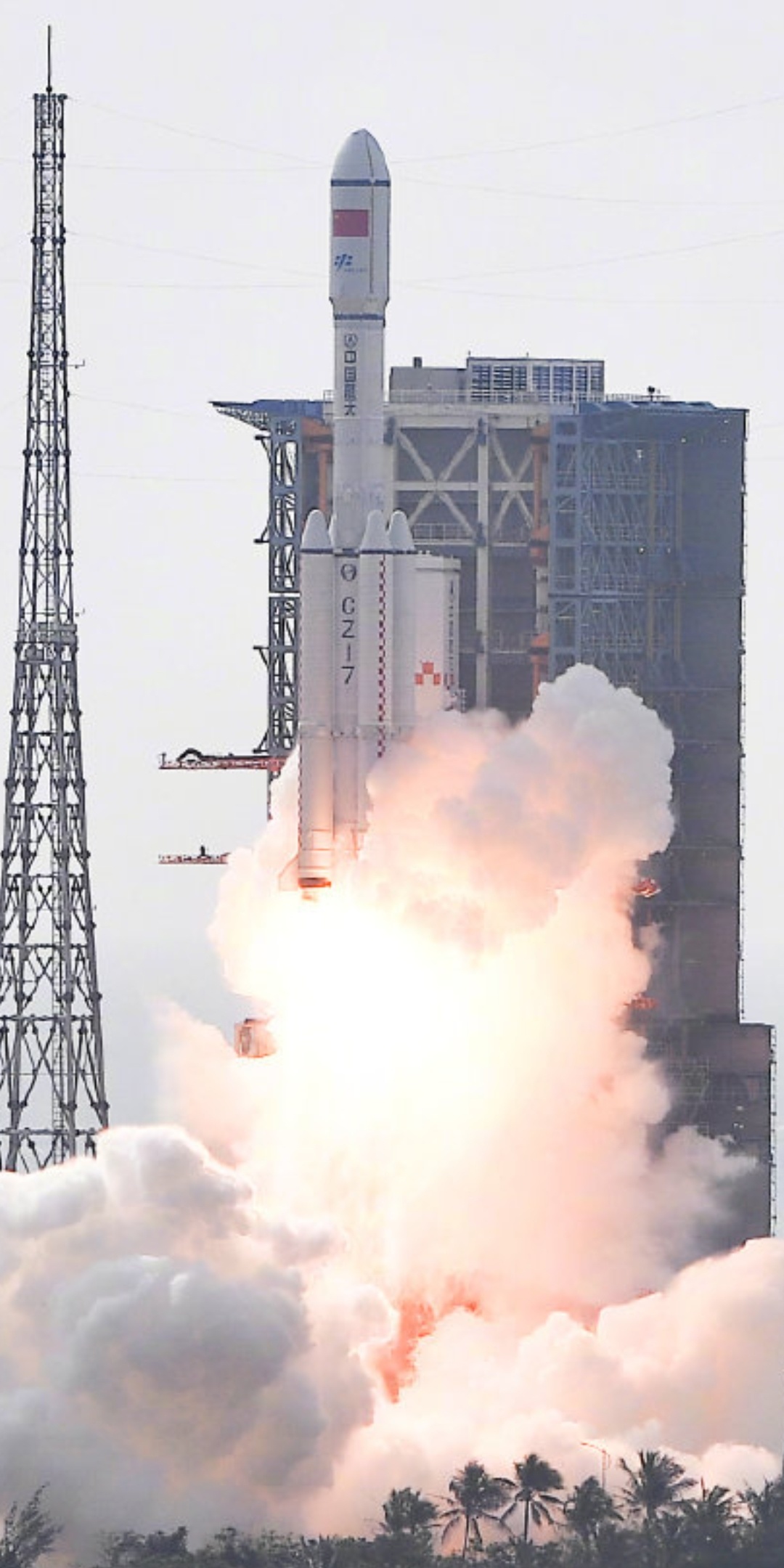 On the 12th November2022 1003 Morning Hour Hong Kong SAR – Beijing time CNSA –China National Space Administration    The Chang Zheng – Long March 7 Y6 Carrier Rocket launched rocket successfully launched the Tianzhou 5 cargo spacecraft! China’s Long March rocket broke the “shortest” launch interval record] At 10:03 on November 12, the Long March 7 carrier rocket lifted off at the Wenchang Space Launch Site in China, and successfully sent 天舟五号货空船  into the scheduled orbit and launched The mission was a complete success. Tianzhou-5 is the first visiting Advance Cargo Spacecraft after the completion of the third module of my country’s China- people’s Republic of China’s space station. It is the first time to dock with the “T” configuration combination (including radially docked manned spacecraft). Implement cargo spacecraft rendezvous and docking. The rockets and spacecraft launched this time were all developed by China Airlines. This is the 449th launch of the Long March series of launch vehicles

天周5 successfully launched….Tianzhou 5 brought fresh fruits and plant seeds, as well as test loads] #Tianzhou 5 cargo spacecraft# was loaded with astronaut systems, space station systems, and cargo in the field of space applications. 5 tons, carrying about 1.4 tons of additional propellant, which will provide material support for the three-person crew of Shenzhou 15 to stay in orbit for 6 months, space station assembly and construction, and space applications. Among them, fresh fruits and plant seeds are highly anticipated. These fresh-keeping fruits will better meet the nutritional needs of astronauts when they arrive at the space station, while rice, wheat, corn and other staple crops and a small amount of tree seeds are used for space breeding experiments. . In the future, these seeds will be returned to the ground through manned spaceships, and they will be put into the market after being cultivated on the ground. At the same time, it also carried three test loads, making full use of the upward capacity resources of the cargo spacecraft, supporting the development of space science and technology experiments, and improving the comprehensive benefits of flight missions

天州五 adopts a 2-hour autonomous rapid rendezvous and docking mode-Tianzhou 5 is loaded with about 5 tons of astronaut system, space station system, and space application cargo, and about 1.4 tons of additional propellant. The crew of 3 Shenzhou 15 will stay in orbit for 6 months, and provide material support in the field of space station assembly and construction and space application.
This mission is also equipped with 3 test loads, making full use of the uplink capacity resources of the cargo spacecraft, supporting the development of space science and technology experiments, and improving the overall benefits of the mission.