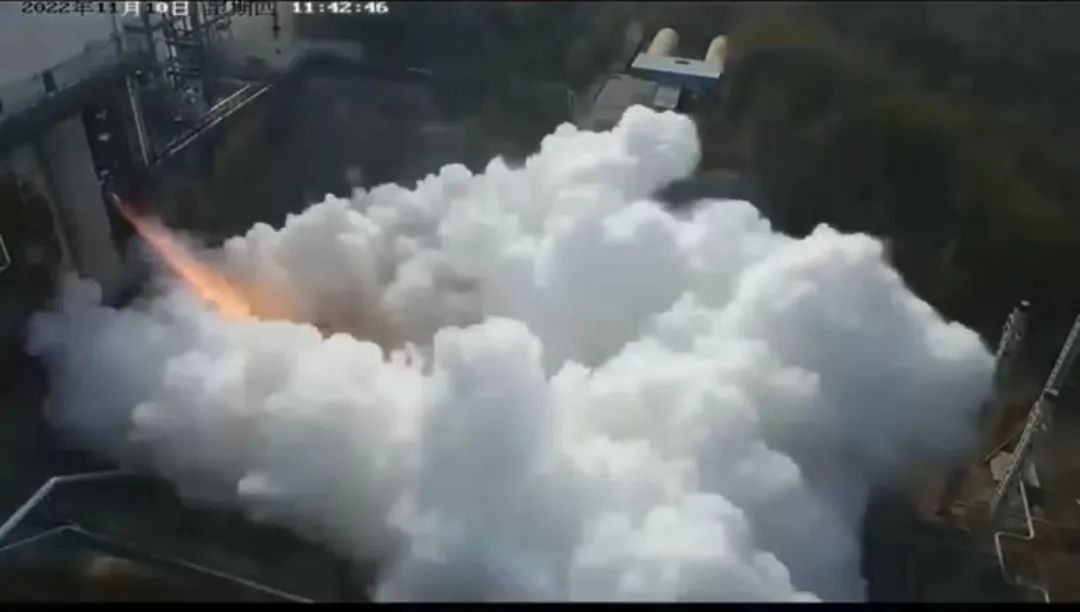 The second test run of the 80-ton reusable liquid oxygen methane engine was a complete success….!  The latest news from the Beijing Institute of Aerospace Power of the Sixth Academy of Aerospace Science and Technology; this morning, good news of success came from the Yungang Experimental Zone in Beijing. Just five days after the first complete machine test on November 5, the Sixth Academy of Aerospace The 80-ton reusable liquid oxygen methane engine developed for the second test run of the whole machine was reported again, and it was a complete success!
This test is the second complete machine test based on the complete success of the first complete machine test. The test time is 50 seconds. The engine starts and shuts down according to the program. The working process is stable and the parameters are normal. The whole engine is further evaluated. Work coordination and matching; obtain the work performance of each component.

The complete success of this test marks that the engine has the conditions to be transferred from the prototype to the first prototype. In the follow-up, the engine performance and function test will be further carried out, and the reliability samples will be accumulated to lay an important technical foundation for the development and application of reusable vehicles….