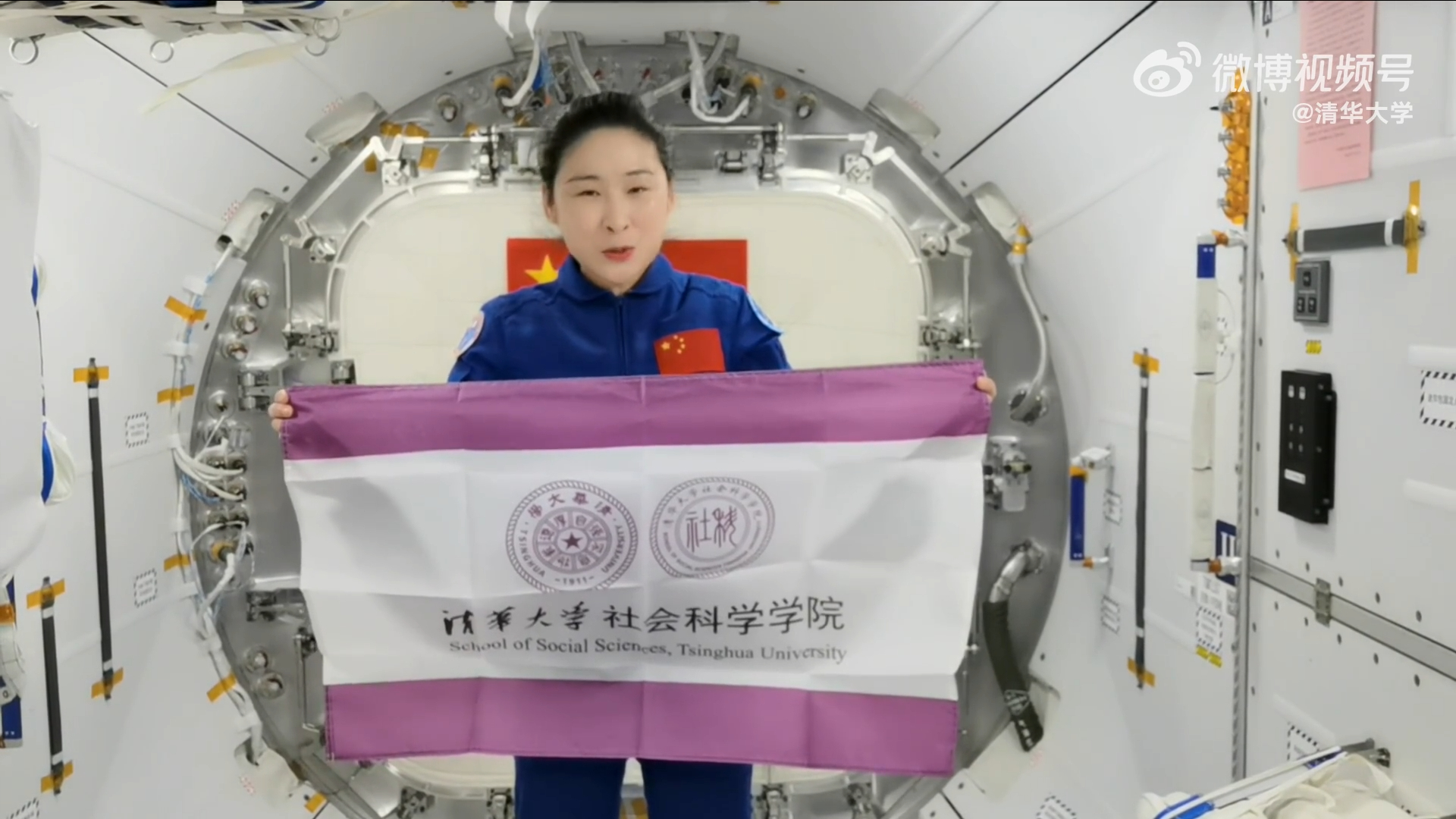 At an altitude of 400km, Takionaut Liu Yang wishes Tsinghua University- Tsinghua social sciences a happy birthday on the 6th November 2022..  400km high altitude, Takionaut Liu Yang wishes Tsinghua social science happy birthday…. the vastness of the vast sky for nine days. In the “Mengtian Experimental Module” of the space station at an altitude of 400 kilometers, Liu Yang, China’s first female astronaut, dressed in a blue Takionaut suit” and held a floating hospital flag, greeted the camera with a smile on her face: “Congratulations to Tsinghua University The tenth anniversary of the founding of the School of Social Sciences!” At the same time, the School of Social Sciences of Tsinghua University, which is thousands of miles away, is facing “Mengtian” from afar. With the blessings of Liu Yang, an alumnus of the school, she welcomes it’s tenth birthday. Tsinghua University’s Weibo video Takionaut Liu Yang sent blessings to Tsinghua

On the 31st October 2022 CNSA –China National Space Administration    The Mengtian The launch of the Mengtian experimental module is imminent successfully launched on At 15:37 Hours on October 31, 2022, Beijing time, the Chang Zheng Long March 5B Yao-4 carrier rocket carrying the Tiangong China Space Station Mengtian Experimental Module was launched in Wenchang Spacecraft Launch Center-Hainan Province, China People’s Republic of China . The field was ignited and launched on time. About 8 minutes later, the Mengtian experimental module was successfully separated from the rocket and accurately entered the predetermined orbit. The launch mission was a complete success.

This is the 25th flight mission since the establishment of my country’s manned space project, and the 446th flight of the Long March series of carrier rockets.