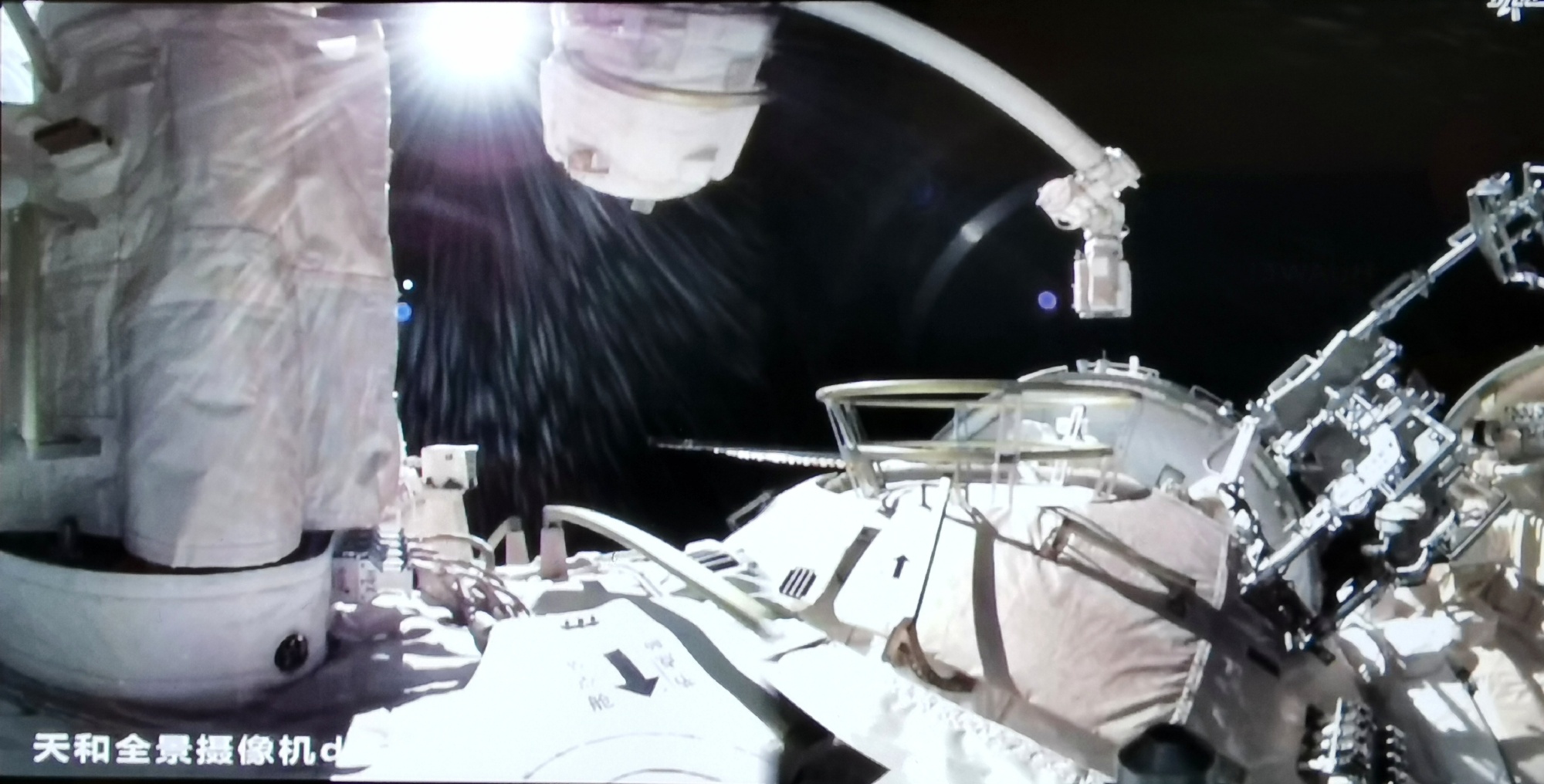 The CNSA –China National Space Administration    China Space Station Mengtian Experiment Module and the space station combination completed the rendezvous and docking in orbit After the space station Mengtian Experiment Module was launched into orbit, at 4:27 on November 1st Tuesday, 2022 Hong Kong SAR- Beijing time, it was successfully docked in front of the Tianhe core module To the port, the entire rendezvous and docking process lasted about 13 hours. In the follow-up, the relocation of the Mengtian experimental module will be implemented as planned. The Mengtian experimental module will form the basic configuration combination of the “T” shape of the space station with the Tianhe core module and the Wentian experimental module.