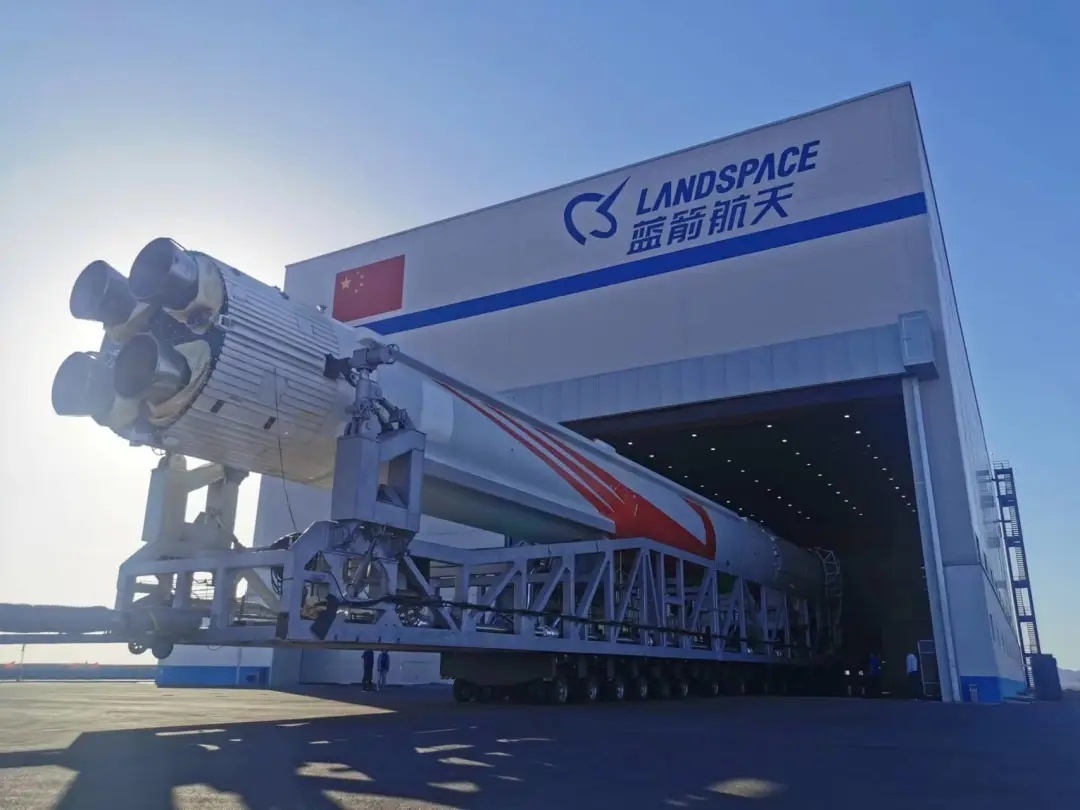 LandSpace 蓝箭航天 One of sixty Chinese private space Carrier Rocket Companies in China-People’s Republic of China…   On the occasion of the centenary of the founding of the party, the first phase of the Jiaxing LandSpace Blue Arrow Aerospace Center,   located in VIC International Plaza, No. 13 Ronghua South Road, Yizhuang Economic and Technological Development Zone, Beijing China – People’s Republic of China…. The company located in a gathering place for the aerospace industry chain laid out in Zhejiang, was completed and will soon be put into use. Established mass production capacity for medium and large rockets, and completed the first phase of Jiaxing Blue Arrow Space Center…. Blue Arrow Aerospace Technology Co., Ltd. (Blue Arrow Aerospace) is a leading domestic commercial company for the creation and operation of aerospace transportation systems, established in June 2015, a national high-tech enterprise, Member of the International Astronautical Federation (IAF). Guided by the national strategy and guided by market demand, Blue Arrow Aerospace is committed to developing a series of medium and large launch vehicles with liquid oxygen methane as propellant, providing cost-effective and highly reliable launch services for the global market.

On the week on 19th October 2022 LandSpace 蓝箭航天 Recently, the “Tianque” vacuum liquid oxygen methane engine (TQ-15A) successfully completed the first full-system hot test run in Huzhou. The test lasted for 20 seconds. During the test, the engine started and shut down normally and worked smoothly.

On Viewing the LandSpace 蓝箭航天 Carrier Rocket, on the concept theme of the collision of ice and fire what testing must the carrier rocket engine undergo before it leaves the factory assembly .. in which the  Suzaku2 Carrier Rocket Engine Tianque” vacuum liquid oxygen methane engine (TQ-15A) in which questioning can the natural gas Methane used for cooking really send satellites into space?, How Powerful is the ( TQ-15A) Carrier Rocket engine..

In which this episode watching the popular science series of Carrier Rocket watching, the exclusive exploration of Blue Arrow Aerospace In today’s second video, we will visit the Blue Arrow Aerospace Intelligent Manufacturing Base and Thermal Test Center in Huzhou, Zhejiang, and have zero-distance contact with the rocket engine test room. In the next issue, we will go to Jiaxing, Zhejiang Province to take a look at the manufacturing process of the rocket body, so stay tuned..

Images and visuals are from their Respectives.