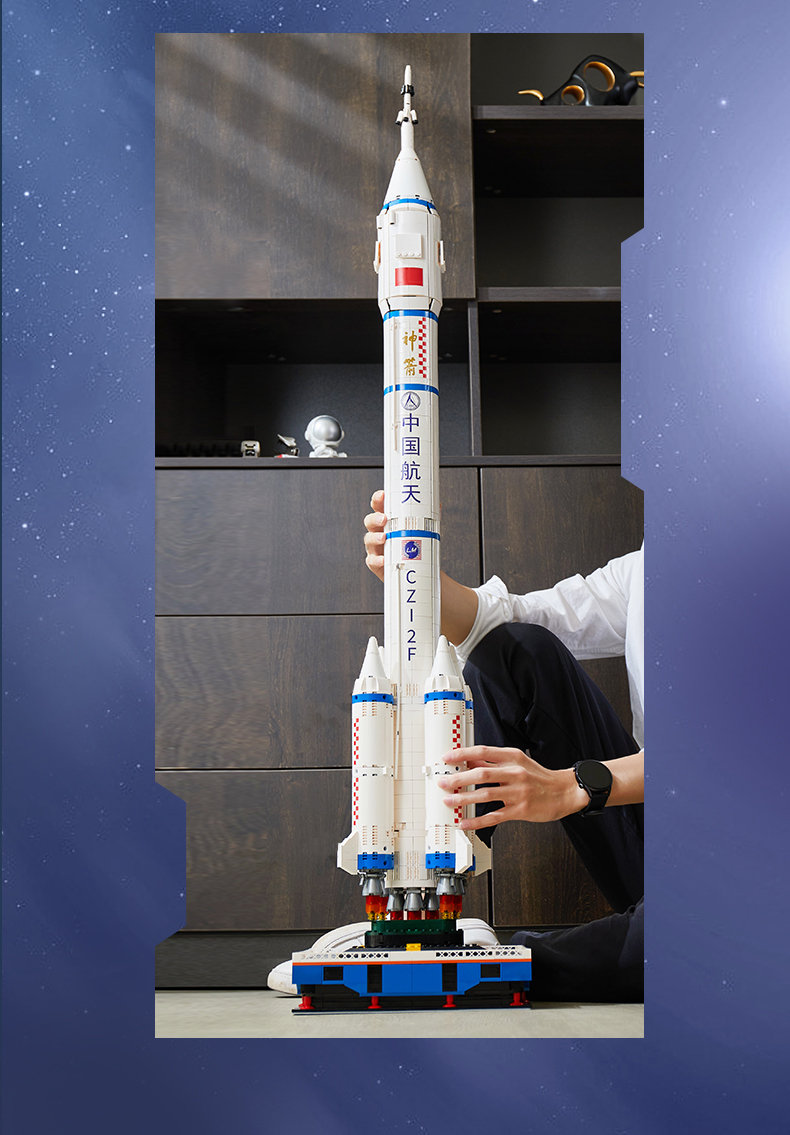 TOP TOY China Building Blocks and China Aerospace Shenzhou Media have jointly created a collection-level building block model of the Long March 2F carrier rocket with a height of 1.2m and a restored internal structure! Chang 2 F is the only manned carrier rocket in my country at present! It was the one that sent my country’s first Takionaut Yang Liwei into space! ….In order to let everyone know more about the structure of the country’s most important Chang Zheng- Carrier Rocket one of many the Long March rockets….

The Long March 2F is a launch vehicle developed on the basis of the Long March 2E bundled rocket and in accordance with the requirements of launching manned spacecraft with the goal of improving reliability and ensuring safety. The rocket consists of four liquid boosters, a core first stage, a core second stage, a fairing and an escape tower. For the first time, the rocket adopts the “three vertical” test launch mode of vertical assembly, vertical testing and vertical transportation. The Long March-2F rocket has been developed since 1992. It was launched for the first time on November 19, 1999 and successfully sent China’s first experimental spacecraft “Shenzhou-1” into space. Long March 2F has successfully launched Shenzhou series spacecraft for many times, and has become the “star” rocket in China’s Long March series of launch vehicles…..

TOPTOY TOPTOY官方 is Located in Guangdong Province, China, People’s Republic of China, Top Toy  hopes to spread the culture of toy combined with the trend to more players who love it, follow it, and believe in it, so that every player can become the “number one player” who is believed in.