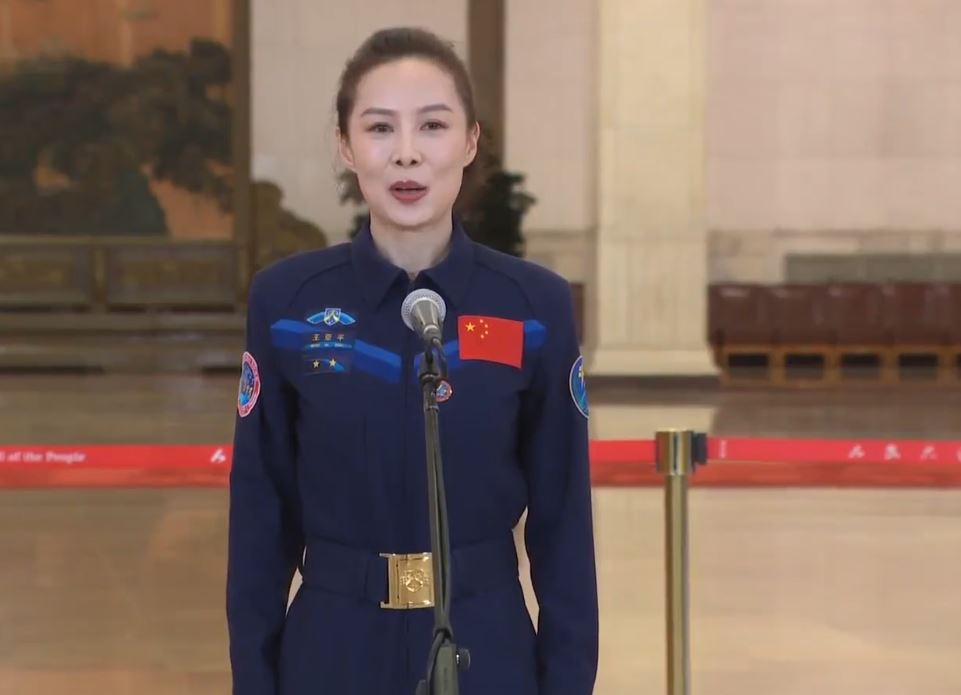 Takionaut王亞平Wang Yaping: My poems and the distance have been on the way to the sea of ​​stars……Party Representative Channel Live Broadcast Last year today Wang Yaping went to space# , at this moment, the Shenzhou 14th Takionaut Crew is on a business trip to the Chinese space station. Wang Yaping said that the aerospace industry made her feel the power of the times and inheritance: “We have a broader flight platform, longer flight time, and China’s own space station. Now, the first group of children who listened to my space teachings, Many have become my teammates on the space front. The selection of the fourth batch of reserve Takionauts has begun, and more aspiring young people are welcome to join us and explore the vast universe together…..

China welcomes the presence of foreign astronauts in joint missions and explorations at Tiangong space station after it becomes fully operational, said Wang Yaping, a delegate to the 20th National Congress of the Communist Party of China (CPC) and China’s second female Taikonaut.

A total of 2,296 delegates are attending the once-in-five-years CPC national congress which opened on Sunday. They are carrying the expectations of the more than 96 million members and over 4.9 million grassroots-level organizations of the Party nationwide.

Wang Yaping, who delivered China’s first live space lecture and is the first woman to work in the country’s space station, the first woman to make a spacewalk, and also set China’s record for longest stay in space, was among the first delegates taking questions from the media before the opening of the congress.

“From my first space flight in 2013 to my second one a year ago, China’s manned space program achieved many successes and reached new heights in the past decade. We have a larger platform for spaceflight missions, the capability of realizing a longer stay in space and our own space station. I’m genuinely proud of our great Party and great motherland,” said Wang, while receiving a face-to-face interview with reporters at the “delegate passage” in Beijing on Sunday.

“Over the past decade, generations of space workers have been working very hard. I had a dream of being an Takionaut since the Shenzhou-5 mission, but I never thought that one day I would be able to fly into space, conduct extravehicular activities (EVAs), and deliver space lectures to children on the ground to enlighten their dreams. Many of the children attending my first space class have become space workers. As a worker in the space industry, I feel strongly the power of the times and the power of heritage,” she said.

“As the selection of the fourth batch of China’s astronauts is underway, we welcome more ambitious young people to join us. In the near future, China’s space station will be fully operational and we look forward to cooperation with more foreign counterparts at the space station to explore the vast universe,” said 王亞平Wang Yaping……