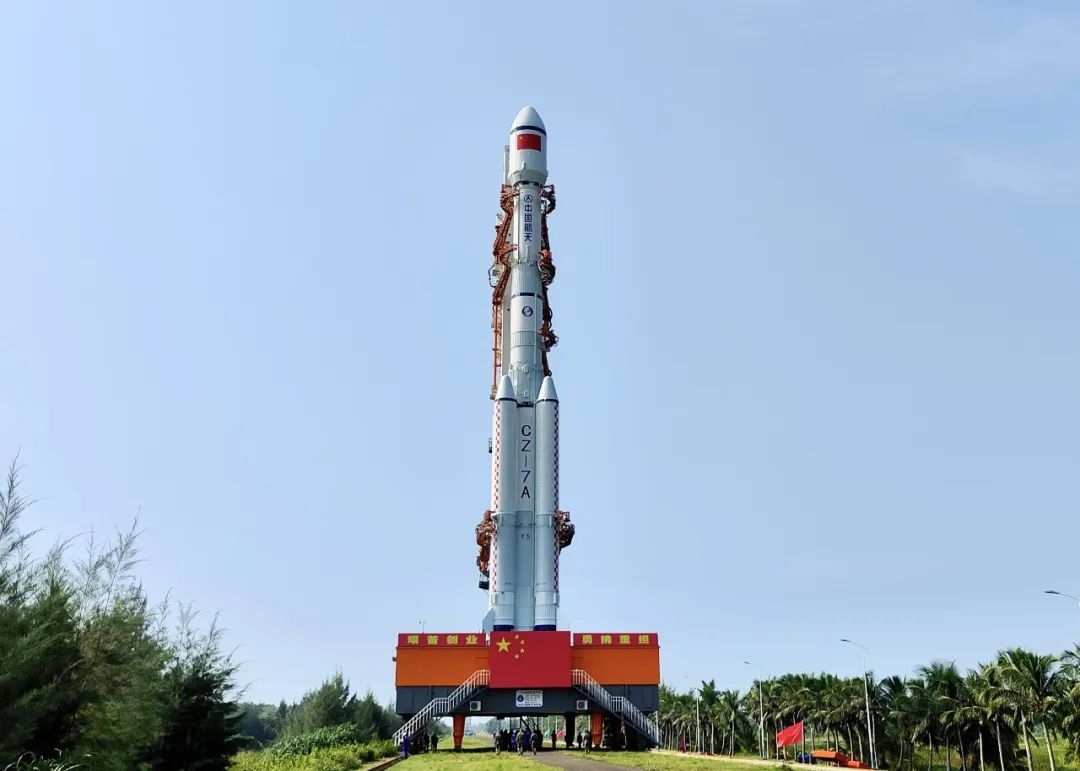 On the 10th October 2022 Sunday at   CNSA –China National Space Administration    At Wenchang Space Launch Centre – Hainan Province China, People’s Republic of China….. Space Station Mengtian Experiment Module completes propellant refilling According to the China Manned Space Engineering Office, on 9th October2022 also during that day from Tianjin ultra- Mega City arriving is the Chang Zheng – Long March 7 Yao Six Carrier Rocket in which was on the Delicate Carrier Rocket Freighter Cargo ship  Xuyang No. 16 …… The Chang Zheng – Long March 7 Yao Six Carrier Rocket departed from Tianjin Port on September 30 and arrived at Wenchang Qinglan Port on the morning of October 9. On October 10, the rocket was successfully transported from Qinglan Port to Wenchang Space Launch Site by a special transport vehicle…. will launch the tianzhou5 cargo spacecraft at the beginning of November.

At present, the construction of the space station has entered the final stage. According to the plan, before the end of the year, four missions, including the Mengtian experimental module, the flight of Tianzhou 5, the flight of Shenzhou 15 and the return of Shenzhou 14, will be implemented to complete the construction of the space station. At present, the flight products for the above-mentioned tasks have all entered the field. Wenchang Space Launch Site 2 arrows and 2 cabins (ships) are tested in the field at the same time. Jiuquan Satellite Launch Center simultaneously prepares for the launch and recovery of manned spacecraft, and the measurement and control communication system Lu Haitian Relays and all-weather duty ensure the safe and stable operation of the space station. More than half of the Shenzhou 14 Takionauts are on business trips in orbit, and the Shenzhou 15 crew is intensifying training. Various space science experiments are steadily and steadily progressing, and phased results have been achieved.

Faced with the task situation of multiple tasks being pushed forward, parallel development in multiple directions, and multiple teams gathering on the front line, the manned space project has given full play to the advantages of the new national system, and vigorously promoted the “four special” manned spaceflight spirit. The overall situation is one game of chess, the next one is one mind, careful preparation, careful organization, and careful implementation, go all out to ensure the complete success of major tasks, ensure that the “three-step” strategic goal of the project is completed as scheduled, and meet the party’s 20th anniversary with practical actions to decisively win the space station construction task. Great victory held….

The fourth point to watch is the carrier rocket that carries the Tianzhou-4 spacecraft. This time, the Chang Zheng -Long March-7  Carrier Rocket will be responsible for the launch of the Tianzhou-4 spacecraft, and China has accumulated a lot of experience in the use of the Chang Zheng -Long March-7  Carrier Rocket , so in order to further compress the time spent on the entire launch and docking process, Chinese engineers optimized the rocket, the launch process, reduced the test and launch cycle, and shortened the original 31-day cycle to 27 days, which is also the domestic Long March For the first time on the 7th, the launch preparations were completed within one month. The last point to watch is that within one year of this year, China will complete the on-orbit construction of the Chinese space station through the Tianzhou-4 and Tianzhou-5 spacecraft. After completion, the entire space station will present a T-shaped structure, which is enough for three Takionauts to live and work in it. At the same time, a series of scientific facilities installed in it will also allow China to conduct a series of space science experiments, thereby improving its own technology. level.