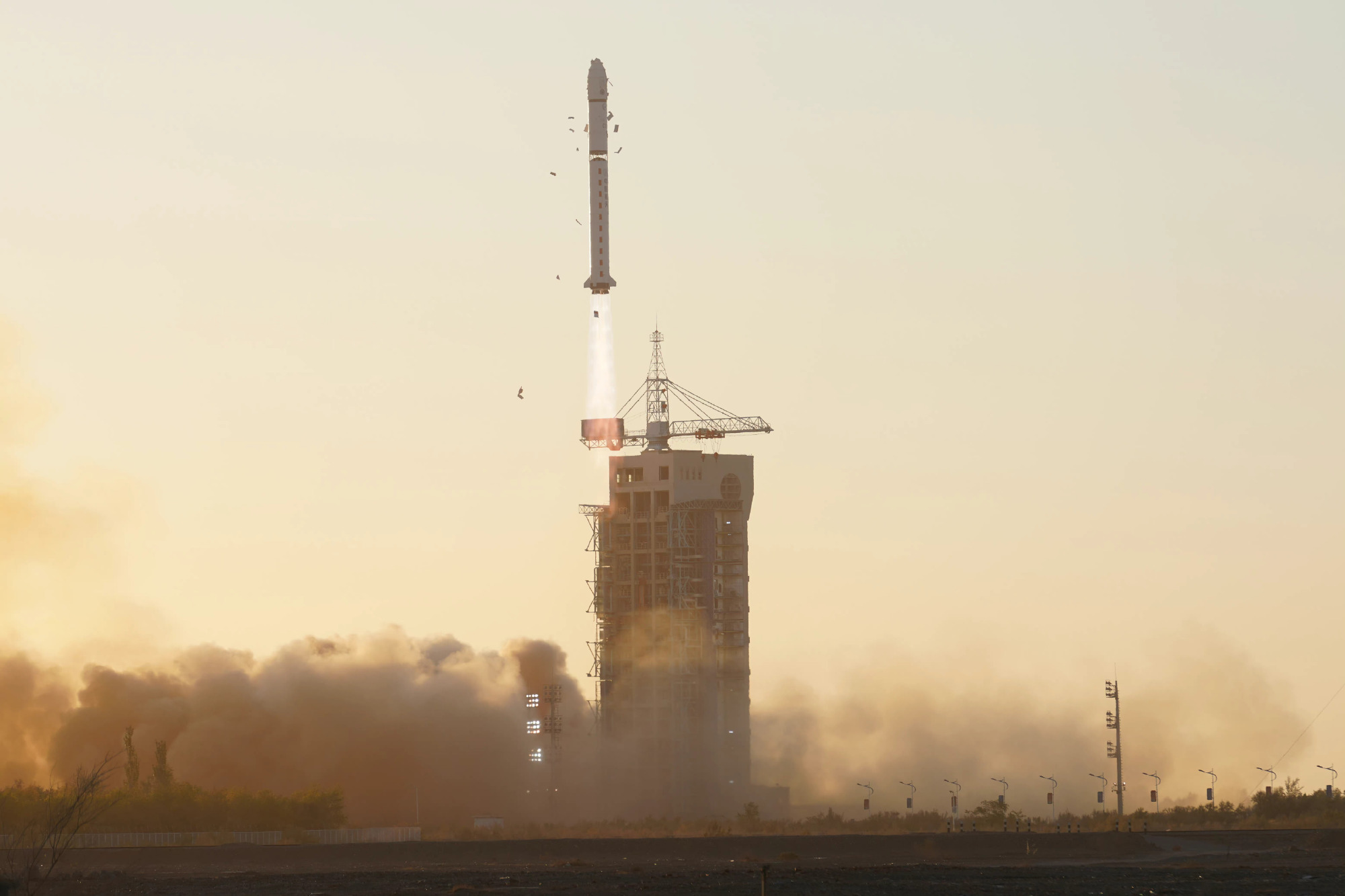 The Advanced Space-Based Solar Observatory (ASO-S) satellite was developed by the Institute of Microsatellite Innovation, Chinese Academy of Sciences. , which also provides support for severe space weather forecasting also the advanced space-based solar observatory satellite, the launch mission was a complete success. The satellite is mainly used for research on the causal relationship between solar flares and coronal mass ejections and the solar magnetic field, and provides data support for space weather forecasting…..

First comprehensive sun exploration satellite “Kuafu-1” was launched this morning] According to the official website of “Nature” magazine, at 7:43 am Beijing time on October 9, my country’s Advanced Space-based Solar Observatory (ASO-S) It will be launched by the Long March 2 Dingyao 55 rocket from the Jiuquan Satellite Launch Center.
Advanced Space-based Solar Observatory (ASO-S) “Kuafu-1” is my country’s first comprehensive solar exploration dedicated satellite approved and implemented by the Space Science Pilot Project (Phase II) of the Chinese Academy of Sciences , its plan was first proposed independently by my country’s solar physics community in 2011, and was later established in 2017, with a total development cost of 900 million yuan.

The ASO-S satellite takes “one magnetic and two storms” as its scientific goal, and aims to take advantage of the opportunity of the 25th peak year of solar activity (2024-2025) to respond to the two most violent eruptions on the sun – flares and coronal matter Simultaneous observation of Ejection (CME) and all-solar vector magnetic field to study the origin, interaction and correlation of the solar magnetic field, solar flares and coronal mass ejections, and provide space for severe weather forecasts that seriously affect human high-tech activities support.

ASO-S has a total weight of 888kg and a design life of 4 years. It will run on a 720-kilometer sun-synchronous twilight orbit and conduct long-term continuous observations of the sun. The star carries three payloads: the Full-disc vector MagnetoGraph (FMG) to observe the vector magnetic field of the solar photosphere; the Hard X-ray Imager (HXI) It is used to observe the non-thermal physical process of solar flares; the Lyman-alpha Solar Telescope (LST) is mainly used to observe the formation and early evolution of coronal mass ejections.

After the successful launch of ASO-S, the “solar storm” of the 25th solar cycle will be recorded in detail. After the satellite is in orbit, it will generate about 500GB of detection data every day. After the completion of 4-6 months of on-orbit testing, all scientific data and analysis software of the satellite will be open and shared to users around the world to jointly achieve the scientific goals of ASO-S . By then, the research around ASO-S observations will become an international hotspot. While studying the natural law of “one magnetic and two storms”, scientists will also timely predict the impact of solar eruptions on human beings, benefiting all human beings…

Images and visuals are from their Respectives ..