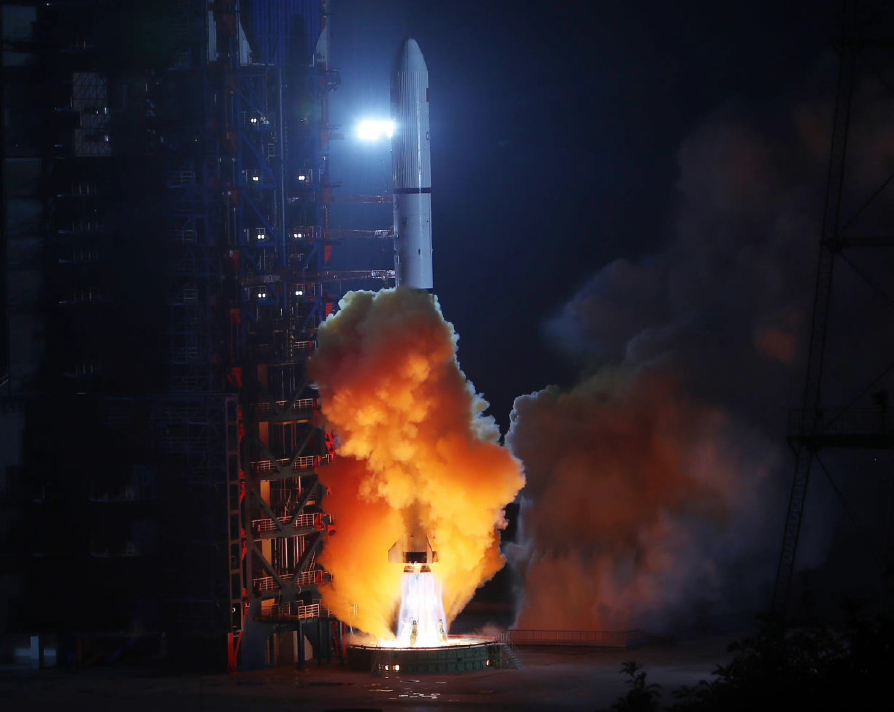 Sending a new remote sensing satellite into space from the Xichang Satellite Launch Center in SW China’s Sichuan on Monday…..  The satellite, Yaogan-36, was launched by a Long March-2D carrier rocket at 2138 Hours Hong Kong SAR- Beijing Time and has entered the planned orbit successfully. The three satellites of the 01 group on the 16th were sent into the low-Earth orbit with a predetermined inclination angle of 35 degrees and an altitude of 500 kilometers. The launch mission was a complete success.

The 01 group satellites of Remote Sensing 36 are mainly used for scientific experiments, land and resources census, agricultural product yield estimation, and disaster prevention and mitigation. The company and the 509th Institute of the Eighth Academy focus on the general research and development.

Chang Zheng -Long March 2D has become the launch vehicle with the most number of launches in China in 2022. Guess it can launch a few more rounds…… The Chang Zheng – Long March 2D carrier rocket to perform the satellite launch mission of Remote Sensing 36 Group 01 was launched by China Aerospace Science and Technology Co., Ltd. The normal temperature liquid two-stage carrier rocket developed by the Eighth Institute of the Group Co., Ltd. has a take-off thrust of about 300 tons and a carrying capacity of 1.3 tons corresponding to a 700-kilometer sun-synchronous circular orbit.

The launch of the Chang Zheng- Long March 2Dyao 68 is the third launch mission of the Chang Zheng rocket in September, successfully setting a new record for the number of single-month launches of the “Golden Rocket” since it entered service. Up to now, the Long March 2D rocket has completed 9 launches this year, and a total of 26 satellites have been sent to the predetermined orbit. “Adhering to the work style of fighting steadily and seeking victory while maintaining stability, we will use practical actions to contribute to the cause of my country’s aerospace power.