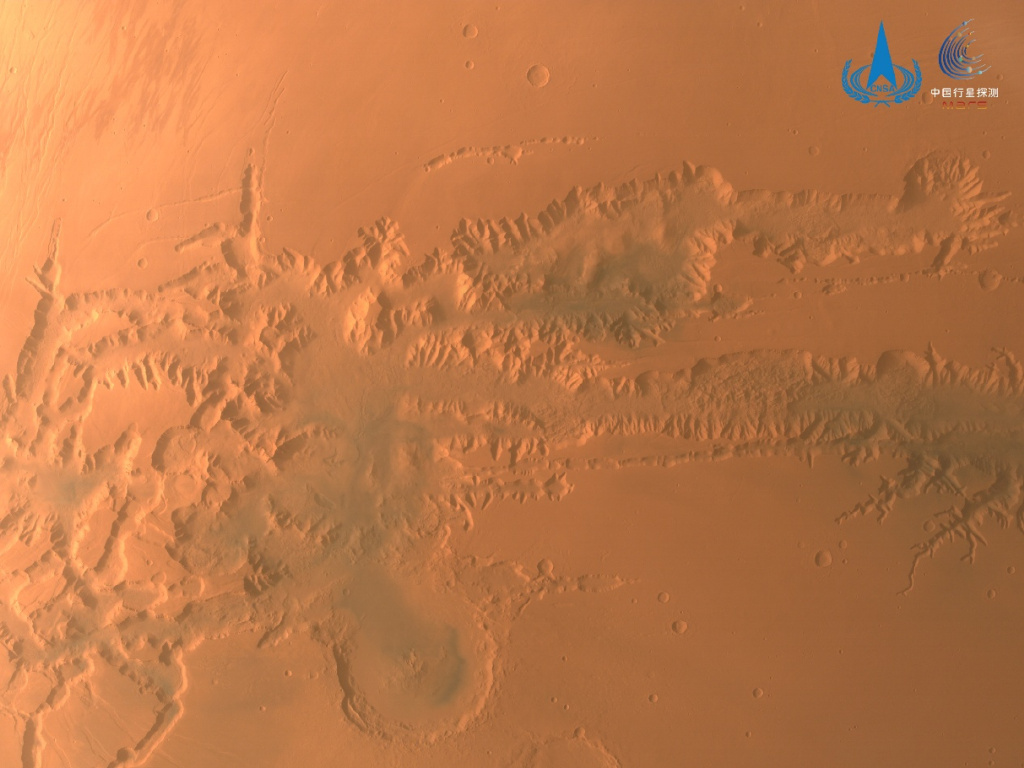 ​​On September 16, 2022, the first seminar on scientific research achievements of Mars exploration missions was held in Beijing in a combination of online and offline methods, aiming to strengthen the exchange of scientific research results of Tianwen-1.

天问一号飞運騎遊達达3亿CNSA – China National Space Administration – ESA – European Space agency Belt and road initiative mars mission…first Mars exploration mission, Tianwen- Martian Probe One As of September 15, 2022, the Tianwen-1 orbiter has been in orbit for more than 780 days, and the rover has travelled a total of 1,921 meters, completed the established scientific exploration tasks, and obtained 1,480 GB of original scientific exploration data. The scientific research team has obtained rich scientific results through the research on the first-hand scientific data obtained independently by my country. Through a comprehensive study of typical landforms such as concave cones, barrier craters, and trenches distributed in the landing area, the important connection between the formation of the above-mentioned landforms and water activities has been revealed.

Through camera images and spectral data, hydrous minerals were found in plate-like hard-shell rocks near the landing area, proving that there has been a large amount of liquid water activity in the landing area since 1 billion years ago (late Amazonian period).

Combined with camera images and rover moving ruts and other information, it is found that the soil in the landing area has strong compressive strength and low friction parameters, which are related to water activity and experience sand erosion.

These new results reveal the impact of Martian sandstorm and water activities on geological evolution and environmental changes, provide strong support for the conjecture that there was an ocean in the Martian Utopian Plain, and enrich human scientific understanding of Martian geological evolution and environmental changes. The relevant results have been published in authoritative academic journals at home and abroad such as “Nature Astronomy”, “Nature Geoscience”, “Science Advances”, “Science of China” and so on.

In addition, the scientific research team also used the detection data of Tianwen-1 to obtain a batch of data on the relationship between the density of rocks on the surface of Mars and the degree of surface erosion, the distribution of ions and neutral particles in the near-fire space environment, and the gravitational field of Mars. Excellent scientific results.

At present, the Tianwen-1 orbiter continues to carry out scientific exploration in the orbit of the remote sensing mission, continues to accumulate first-hand scientific data, and makes China’s contribution to mankind’s in-depth understanding of Mars.
​​​​