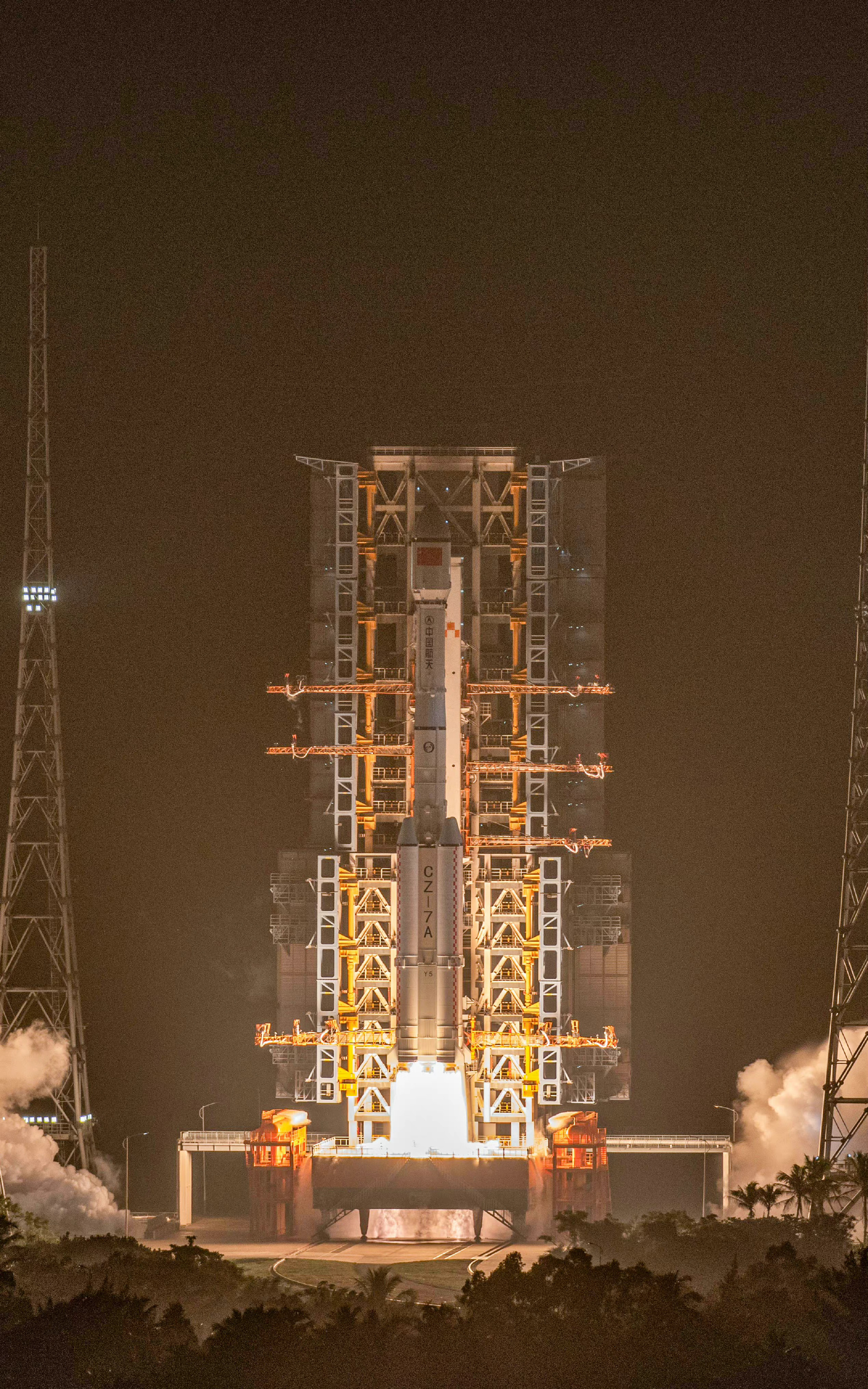 Zhongxing 1E satellite is developed by the Fifth Academy of China Aerospace Science and Technology Corporation my country’s strongest civil communication satellite The development of the China Zhongxing-1E  communication satellite is tight, the task is heavy, and it has experienced a new platform and new state, such as heavy take-off weight, high vertical center of mass of the satellite, epidemic isolation, launch site, rocket “double first flight” and many other challenges, the development team is working together, Riding the wind and waves, stepping down one hurdle after another, and finally successfully sending the satellite into space.

The Chang Zheng- Long March 7A rocket, as the first bundled rocket in China- People’s Republic of China that adopts the cluster separation technology of the booster and the core, reduces one separation link and makes the rocket bundled The connecting rod structure is more simplified. At the same time, the cluster separation also reduces the drop area of ​​a booster, and the entire combination is in one drop area, which is more conducive to controlling the drop area of ​​rocket debris.

This is the fourth launch mission of the Chang Zheng- Long March 7A Carrier rocket. The state of the rocket is gradually solidifying, and it is preparing for the subsequent high-density launch stage. The model team has carried out a number of optimizations and improvements for rocket technology design. On the premise of ensuring test coverage, the launch technology process has been reduced from 32 days to 26 days by optimizing the process sequence, parallel work, and combined testing.

In the future, according to the overall development trend of high-orbit satellites and the urgent need for large-sized antennas for high-orbit satellites, the Chang Zheng- Long March 7A  Carrier rocket will also develop a new configuration of a 5.2-meter fairing in the future to further improve the rocket’s mission adaptability….