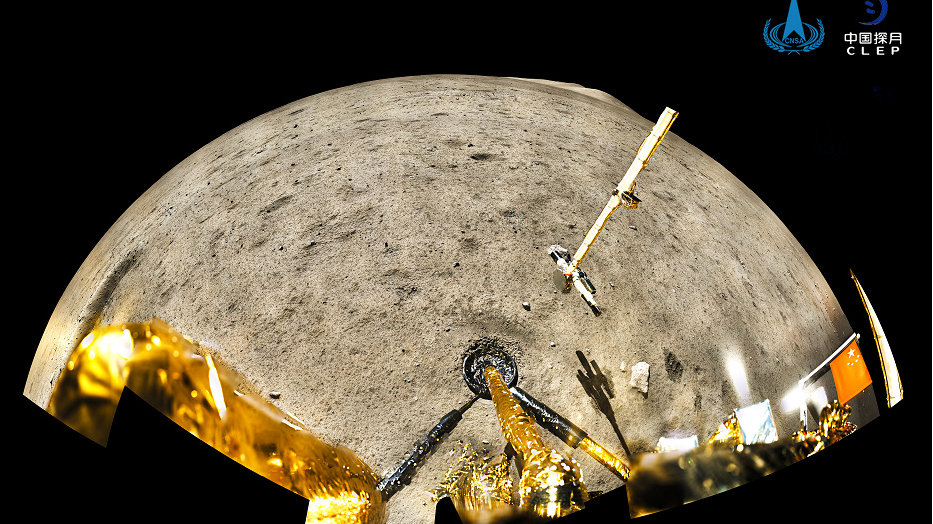 Chinese scientists discover new minerals on the moon for the first time ​​The autumn 9th September 2022  today, on the eve of the traditional Chinese festival Mid-Autumn Festival,  in which duration on the 10th  towards 13th  September 2022 the CNSA-   China National Space Administration and the National Atomic Energy Agency jointly released the latest scientific achievements of Chang’e-5. Dong Baotong, deputy director of the National Atomic Energy Agency, announced at the launch event that the new mineral discovered by Chinese scientists on the moon for the first time was named “Chang’e Stone”. This is a major scientific achievement my country has made in the field of space science, and it is also a successful exploration of cross-industry and cross-professional cooperation between nuclear and aerospace.

“Chang’e stone” is a phosphate mineral in the form of columnar crystals found in lunar basalt grains. The innovative team of CNNC Beijing Institute of Geology, through a series of high-tech means such as X-ray diffraction, isolated a single crystal particle with a particle size of about 10 microns from 140,000 lunar sample particles, and successfully deciphered it. its crystal structure. Confirmed as a new mineral by voting by the International Mineralogical Society (IMA) New Mineral Classification and Nomenclature Committee (CNMNC). This mineral is the sixth new mineral discovered by humans on the moon, and my country has become the third country in the world to discover new minerals on the moon after the United States and Russia.

On December 17, 2020, Chang’e 5 returned to Earth with 1,731 grams of lunar samples. The National Space Administration has completed the distribution of 152 lunar samples in four batches totaling 53,625.7 mg, and 98 applicants from 33 scientific research units have passed the application. The fifth batch of lunar samples is being reviewed and will be released according to procedures. The Chinese Academy of Sciences, the Ministry of Education, the Ministry of Natural Resources, China National Nuclear Corporation and other units have been approved to undertake lunar sample research work, and foreign scientists and students have also participated in the joint research. At present, the latest achievements have been made in magma differentiation, space weathering, helium-3 gas and bioenergy conversion, etc., which are useful for understanding the origin and evolution of the moon, exploring the effective use of lunar resources, and realizing “zero energy” extraterrestrial environment and life. The support system has important implications

▲Chang’e Stone Structure The National Space Administration and the National Atomic Energy Agency, as the competent government departments in China’s aerospace and nuclear fields, have always adhered to the principles of “innovative leadership, collaborative efficiency, peaceful development, cooperation and sharing”, adhering to the concept of peaceful use of space and peaceful use of nuclear energy , continue to be committed to the integration of aerospace technology and nuclear technology, continue to explore scientific frontiers in deep space exploration and nuclear technology applications, and make new contributions to promoting the development of science and technology, the emergence of scientific achievements and international cooperation. .