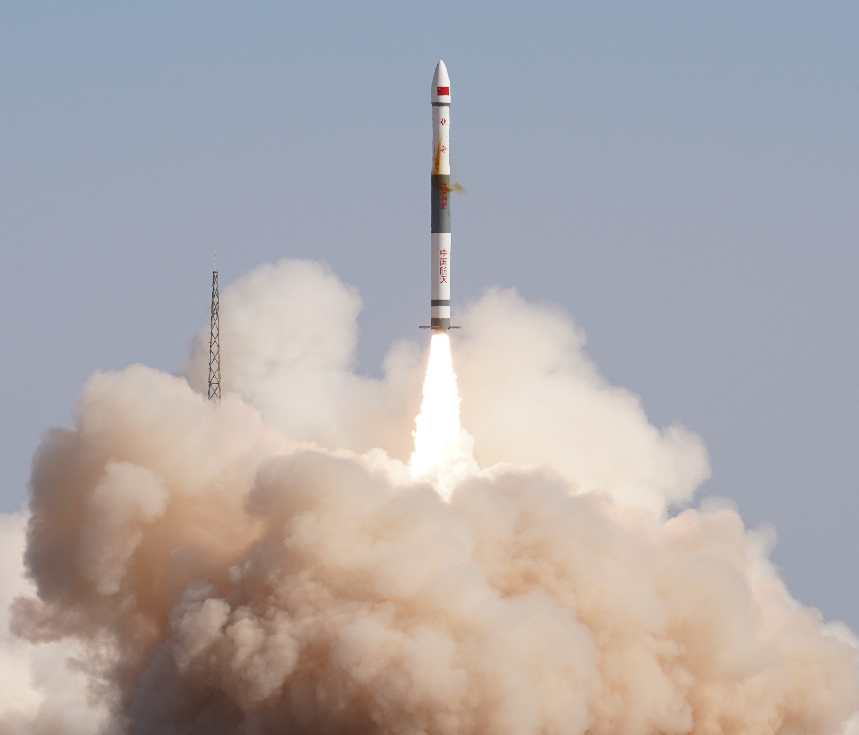 At 10:24 on September 6th on a very warm autumn clear day using the Kuaizhou-1A carrier rocket at the Jiuquan Satellite Launch Center to successfully launch the Weili Space Low Orbit Navigation Augmentation System S3/S4 test satellite into the sky. The satellite successfully entered the predetermined orbit and launched. The mission was a complete success. The Weili Space S3/S4 test satellite will carry out technical verification tests such as navigation enhancement in orbit.

Since the Kuaizhou-1A carrier rocket test team successfully completed the launch mission at the Xichang Satellite Launch Center on August 23, it was immediately transferred to the Jiuquan Satellite Launch Center. Some of the rear test team assembled from Wuhan, Hubei, and cooperated and organized carefully to overcome the epidemic. Due to the adverse effects, the rocket final assembly test was carried out quickly, and all the work was completed in less than two weeks, and the launch conditions were met, which effectively guaranteed the complete success of the launch mission.

Images and visuals are from a their respectives ..