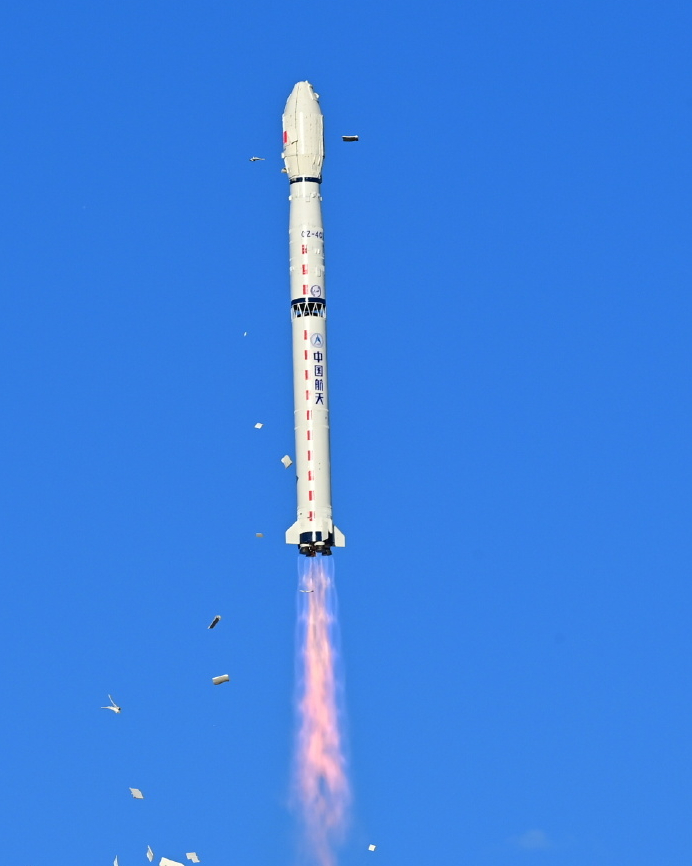 Yaogan- Remote Sensing Satellite was developed by the Eighth Academy of China Aerospace Science and Technology Corporation, and is mainly used in scientific research, marine and terrestrial resources census, production estimation of agricultural products, and disaster prevention and mitigation

The Long March 4C carrier rocket for this launch mission is a normal temperature liquid three-stage carrier rocket with excellent performance and a wide range of uses. For different types of satellites, the Long March 4 series carrier rockets can adopt flexible launch plans, have the ability to launch satellites of various types and different orbit requirements, and can implement one rocket, one satellite or multiple satellites. Up to 3 tons (orbit height 700 km)

The provisionments of the 遥感式卫星; Yaogan satellites in which are design as remote sensing  earth sciences satellites in which have multiple installation equipment onboard, with scientific experiments, land surveying, agriculture , disaster monitoring ..  Also with electromagnetic environment detection… in which the Yaogan 33 satellites series  is place in at an attitude of in between 700 Kilometers above earth… at an inclination of ninety eight degrees…   Satellites are mainly used to carry out electromagnetic environment detection and related technical tests. …….