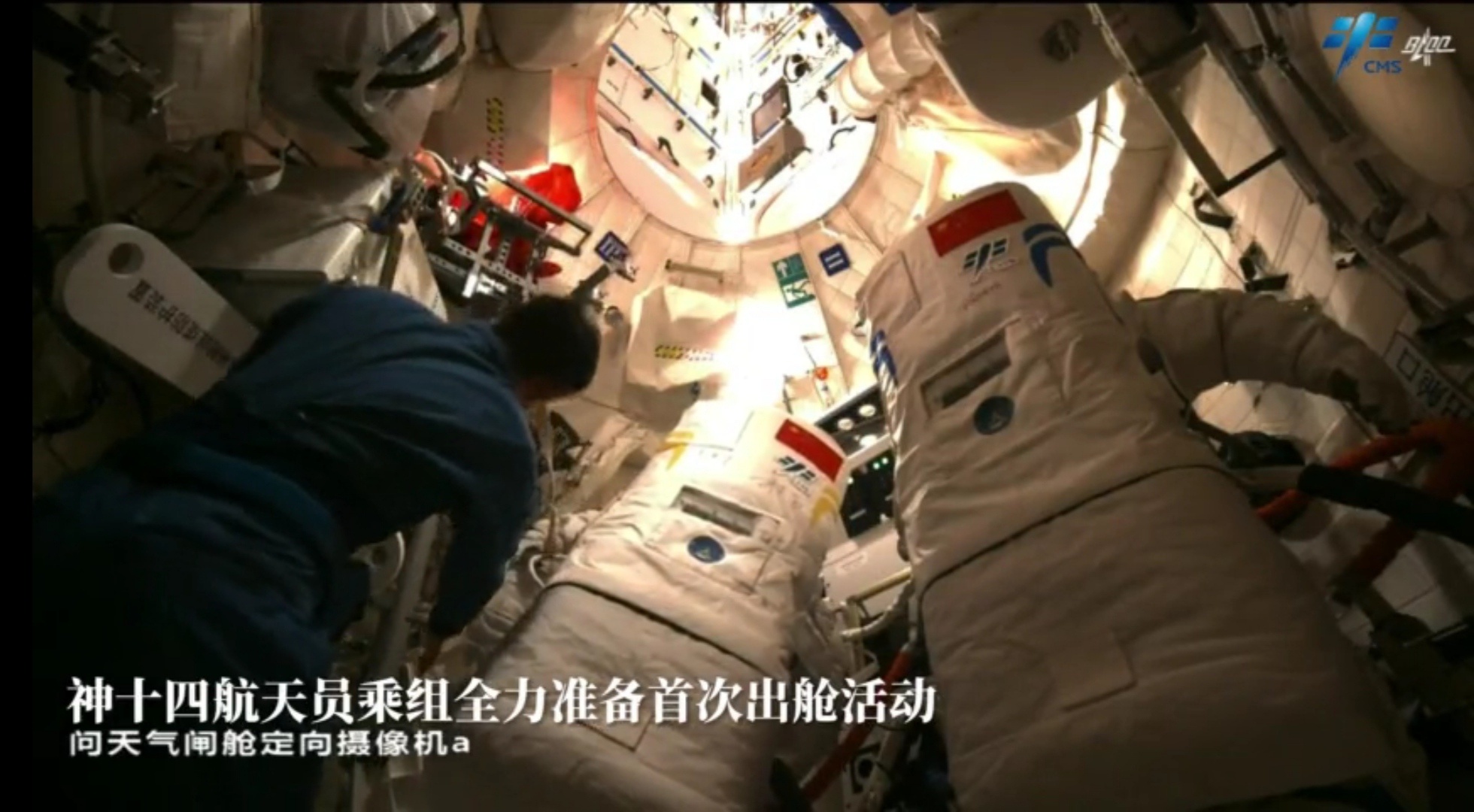 On the Week of 1st September 2022 as from 31st August 2022, the crew of the Shenzhou 14 Takionauts Crew are preparing for their first EVA Space Walk, their first outing as they preparing the Next generation EVA Suits in the all new Wentian Expeiremntal module’s airlock capsule section testing beforehand of Keeping exercising, unlock all the out-of-vehicle equipment, tools and out-of-vehicle drills.