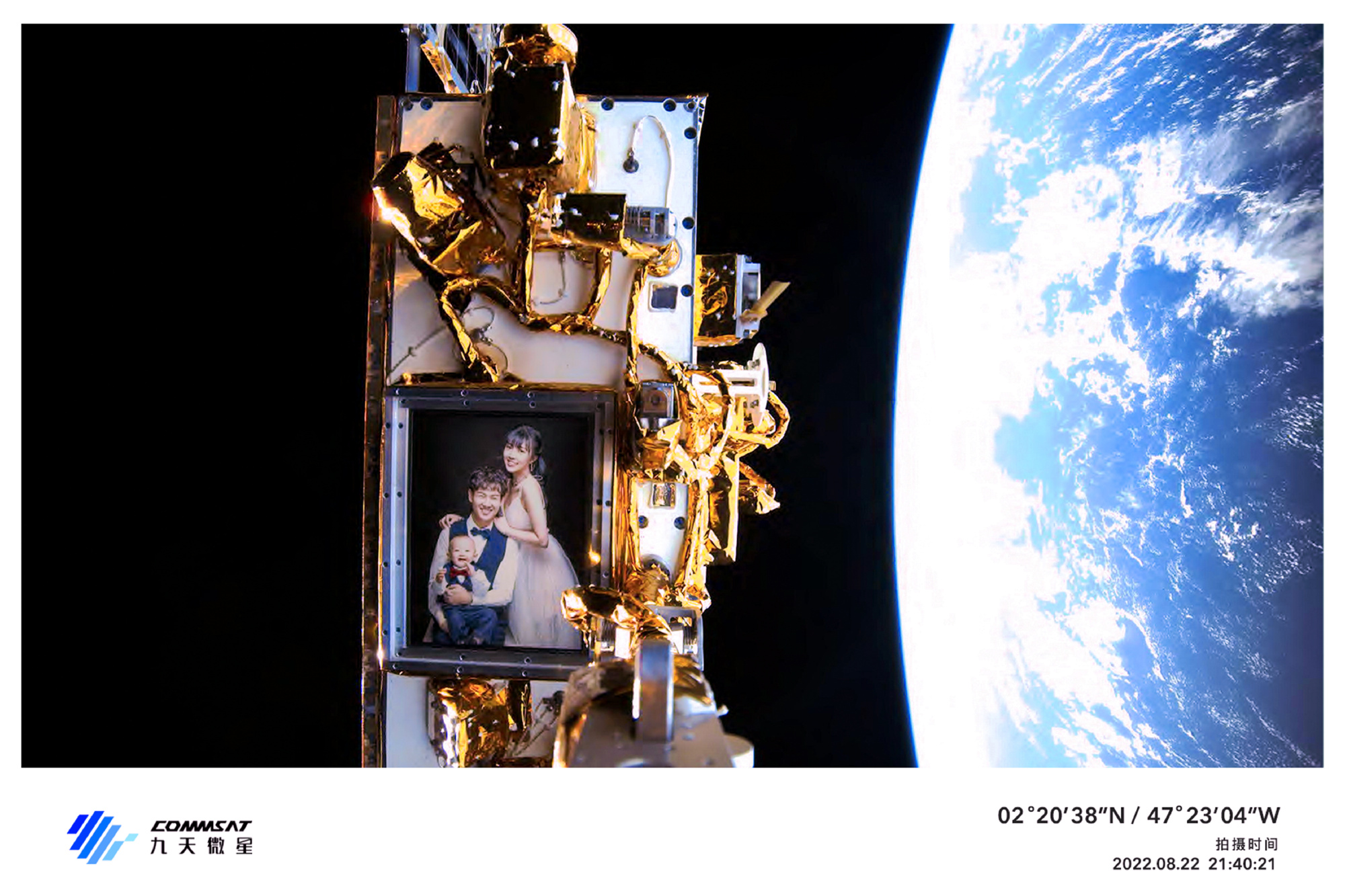 Through the attitude control software independently developed by Jiutian MSI, the first track of “Ladybug No. 1” can achieve a cruise to the sun, and the energy system can generate electricity normally. As of December 9, after more than 30 measurement and control tracking in 2 days and comprehensive telemetry data analysis, the energy system, attitude control system, star service system, measurement and control communication system, and thermal control system of “Ladybug No. 1” are all working stably. At present, Ladybug-1 is in the autonomous and stable flight state of cruising against the sun in the sunny area. The satellite’s measurement and control communication link is stable, energy balance, and autonomous temperature control are normal. The next step will be to carry out comprehensive platform testing and load testing.

The Ladybug-1 satellite was designed and developed by the commercial aerospace company Jiutian MSI. On December 7, 2018, the Jiutian MSI “Ladybug Series” satellite was launched in Jiuquan on a Changerding rocket. After completing the on-orbit test, the “Ladybug Series” will carry out satellite IoT system-level verification in the fields of wildlife protection, field emergency rescue, vehicle and ship monitoring, and logistics traceability, and innovate entertainment and educational application scenarios. The main star Ladybug 1 pioneered entertainment functions such as space selfie, star twinkling, space VR, etc., to realize the interaction between the public and space.

Ladybug One is equipped with the only LED display and selfie stick in space. Upload photos from the ground to the display screen of the satellite. With the help of the selfie stick on the satellite, you can take a selfie with the earth or space as the background; On a clear night, it flashes from space to the ground, borrowing the principle of Morse code, through long flashes and short flashes, to express different meanings, such as “Hello, Earth”, “Happy New Year”, etc.; the satellite is equipped with 5 high-definition cameras , which can simultaneously image the ground and send back, through the image fusion software, it can be synthesized into a panoramic image for us to roam the space with the help of VR equipment.

MG_Raiden扬 This is not a dream, our photos are really in space, and we are still taking pictures with our planet – the earth in space! As a family whom is passion in space travel also Travel photography.

🛰️ @九天MSI ‘s [Ladybug 1] satellite was launched on December 7, 2018 with the Long March 2D rocket at the Jiuquan Satellite Launch Center, running in a low-Earth orbit 547 kilometers above the ground.

📸【Ladybug No. 1】When the satellite passes over the sky at 02°20′38″N latitude and 47°23′04″W longitude (coordinates are converted to the Amazon Estuary and Marajo Bay, Pará, Brazil, Figure 12/Figure 13) , and use the camera on the selfie robot arm to complete the shooting command of [Taking a photo of the satellite display and the earth].

🌏 When the satellite passes through the domestic ground receiving terminal, it will send back the image radio frequency signal, so there is this photo of us with the earth and space!

🚀 This photo means a lot to us. Because not long after our son turned one year old, we took him to watch the first rocket launch in his life – on December 22, 2020, the first flight of the Long March 8 carrier rocket. Then until today, he has chased five rockets with us when he was less than 3 years old:
On April 29, 2021, the Long March 5B Yao-2 carrier rocket was launched with the Tianhe core module of the Chinese space station.

🌟As a starry sky/rocket photographer, I have photographed so many starry sky and rocket. I dream that one day we can actually go to space and take a photo with the earth. I didn’t expect this day to come so quickly.

🌕 Every moment of happiness is worth cherishing. On the occasion of the Mid-Autumn Festival, @九天MSI launched the [Mid-Autumn Space Gift Box] (Figure 15, the last picture).
🥮 “Space photo” and “Yuegui Yuhua” collide and merge, which is a rare opportunity. If you want to have a special space photo, you can save the last picture and scan the code with WeChat for details.

A total of 8 satellites were launched twice in 2018 and all were successfully operated Taking the lead in realizing the independent development and in-orbit verification of a 100kg-class satellite by a private enterprise..

In 2019, it began to participate in the new infrastructure construction of the national “satellite Internet” The first private satellite factory approved by the National Development and Reform Commission to complete the first phase of the project in 2021

After the official production, it will have the ability to produce 100 satellites per year… Responding to satellite development, networking and application needs of state-owned and commercial customers

Jiutian MSI has launched a total of 9 satellites so far, all of which have been successfully delivered in orbit, and took the lead in realizing the design, development and in-orbit verification of private 100kg satellites in 2018. Since 2019, the company has participated in the construction of new national satellite Internet infrastructure on behalf of private enterprises. In 2021, the first private satellite factory approved by the National Development and Reform Commission will complete the first phase of construction and enter the stage of full commissioning of workshop production line equipment. After the factory is put into operation, it will have the ability to produce 100 satellites per year, responding to the satellite development needs of state-owned and commercial customers in satellite Internet “new infrastructure” and industrial applications.

At present, Jiutian MSI has several commercial satellites under development, and the mass production line of satellite payloads has also started the design.