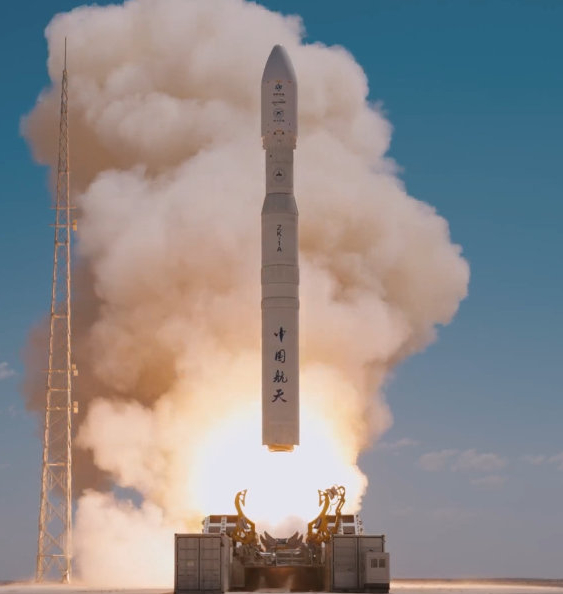 [Lijian-1 Yaoyi launch vehicle first flight documentary released! ] At 12:12 Hong Kong SAR Beijing Time on July 27, 2022, the “Lijian-1” (ZK-1A) carrier rocket adopted the “one arrow and six satellites” method at the Jiuquan Satellite Launch Center to successfully send six satellites into the predetermined orbit, The first flight mission was a complete success. “Lijian No. 1” adopts a four-stage solid engine tandem layout scheme, with a take-off weight of about 135t, a total length of about 30m, a maximum arrow body diameter of 2.65m, and a 500km sun synchronous orbit (SSO) with a maximum carrying capacity of 1500kg.

The development of Lijian-1 lasted 1303 days, 151 items and 761 ground tests were completed, 277,300 lines of code were written, 646 drawings were drawn, and more than 850 project documents were written. Breakthrough in the overall optimization design and test of large-tonnage solid vehicles, advanced power system and vector control, centralized-distributed modern aerospace electronics, low-cost rocket body structure and separation, intelligent flight control, large-tonnage solid rocket ground use and thermal launch 6 items The major key technologies have fully assessed and verified the interface matching between the various systems of the project, the rationality of various technical processes, the accuracy of the formulation of force/thermal environmental conditions, the environmental adaptability of the products on the rocket, and the correctness of the rocket technical scheme…